Nowon station is not going to stick out in the guidebook. Tucked all the way up in the north of Seoul, Nowon-gu is a small, and relatively unadventurous place. But, like all small places, there are some charms which makes coming to Nowon worth the trip, including Dobongsan and Suraksan mountains and Culture Street, which is located just outside Nowon station. Metropolis is one of those small pubs, which has the charm of an old pair of jeans that you can’t just throw away. It’s not the classiest or flashiest of places, but a lively atmosphere, some good food and friendly staff make it worth the trip up north on Line 4. 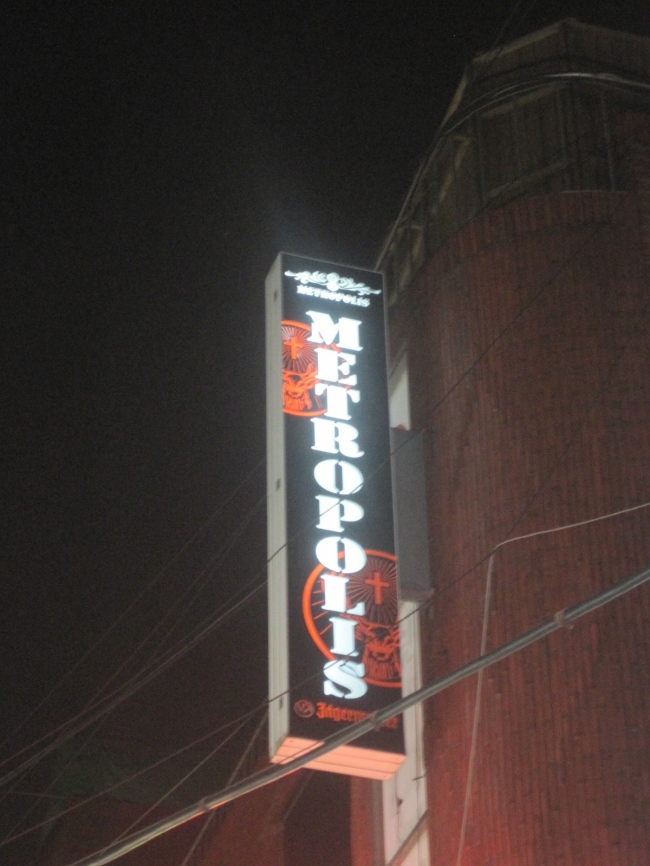 How to get there: To get to Metropolis go to Nowon Station (Line 4 and 7) and depart from Exit 1. Second, make a quick right and then a quick left down the first alley you see. Metropolis will be on the second floor. Keep an eye out for the Jagermeister deer on the sign. 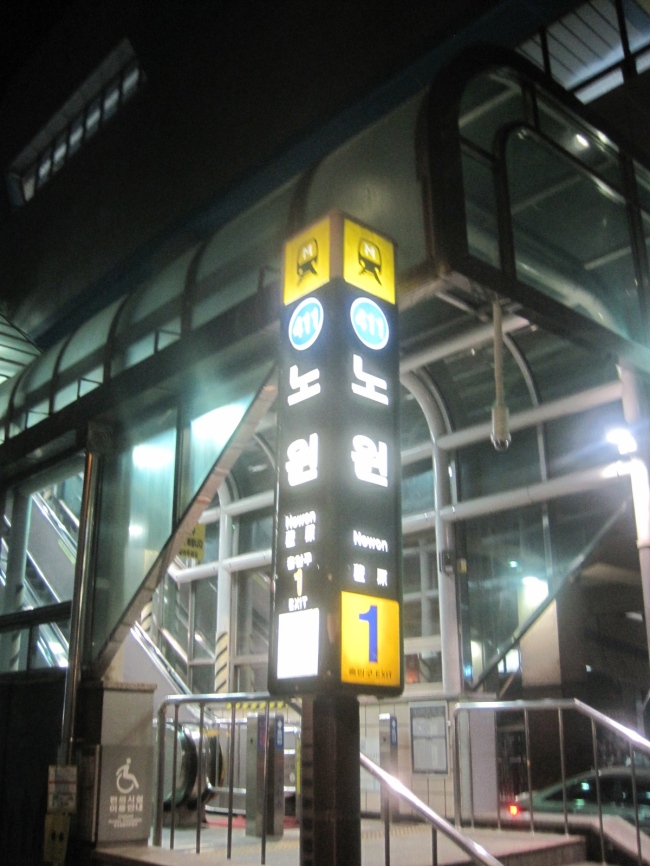 Service and Atmosphere: A spirited “hello/annyanghaesayo!” is the first thing you’ll hear when walking into Metropolis. Although it might seem dark and dingy, it actually has quite bright atmosphere because of the friendly staff. The bartenders, especially if you are a regular, begin to know you by name, and by order. These are the people that make me want to come back for wings every Tuesday. They are not pretentious, highbrow, apathetic princesses that seem to dwell in every bar in Itaewon, they are just regular nice, friendly people who go out of their way to be friendly and create a casual, but lively atmosphere in their bar.

Got a hankering for some beer pong? Watch the game? How about some darts? Just want to chill and chat? Metropolis does an excellent job of providing diversity in their activities.  It is one of the reasons we keep going back. We can play darts, beer pong, and watch the game while enjoying some nice beers, a cocktail and some quality pub food. 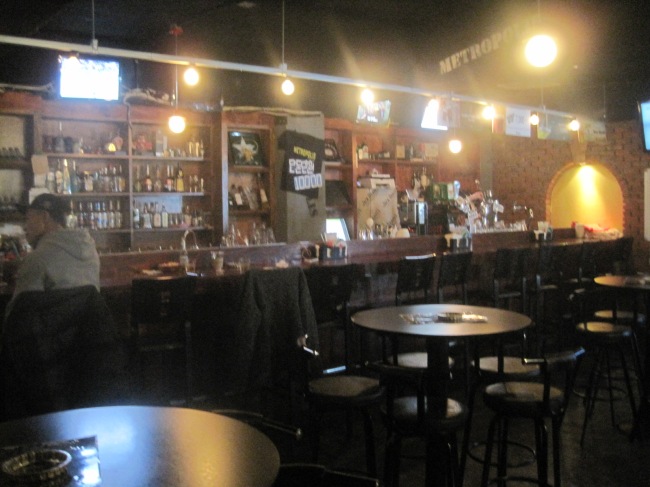 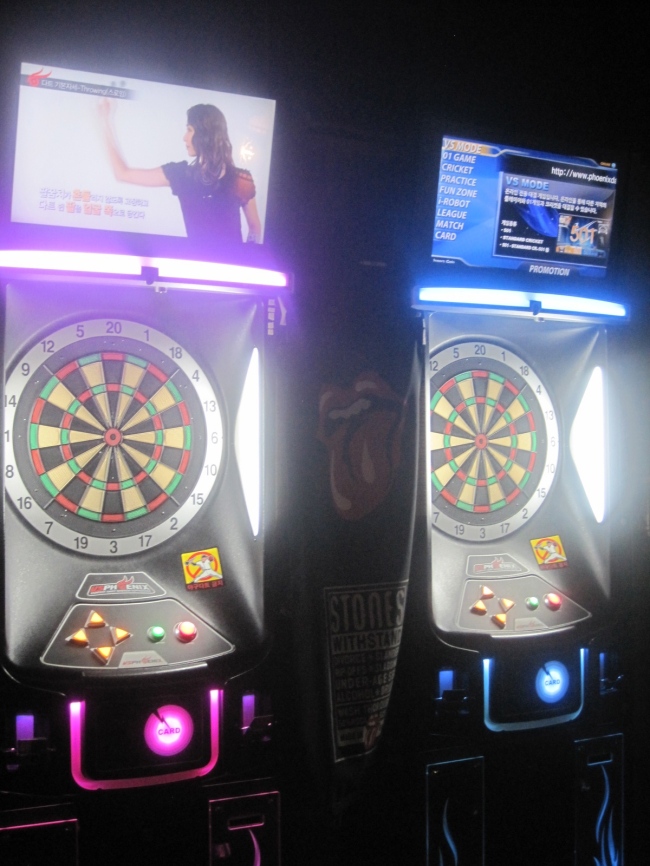 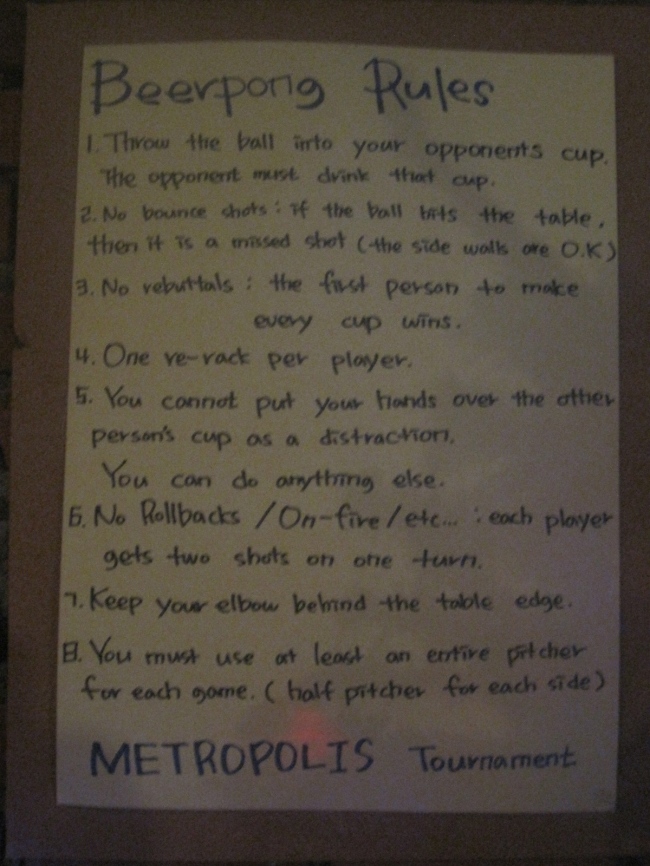 Food and Drink: Tuesday is wing night, so PK and I decided to indulge. HM decided to forgo this deal and get a burger. I shared the joy of poutine, the culinary pride of my country with my fellow expatriates. For beverages, we decided to keep it classy (lulz) with Max and Indica.

Poutine (7000KRW): Although I wouldn’t write home about it, the poutine at Metro is surprisingly satisfying considering we are half a world away from Montreal. Although they use mozzarella cheese instead of cheese curds, chicken gravy instead of beef gravy, but the fries are nice a crispy, and it is a satisfying dish. In fact, I’ve had poutine at a couple of restaurants here in Seoul, including a known Canadian restaurant in Itaewon, and I prefer Metropolis’ poutine to them all. They use a thick gravy, which they aren’t cheap about, and don’t overcompensate with the cheese. A nice, comforting dish for Canucks missing the homeland. 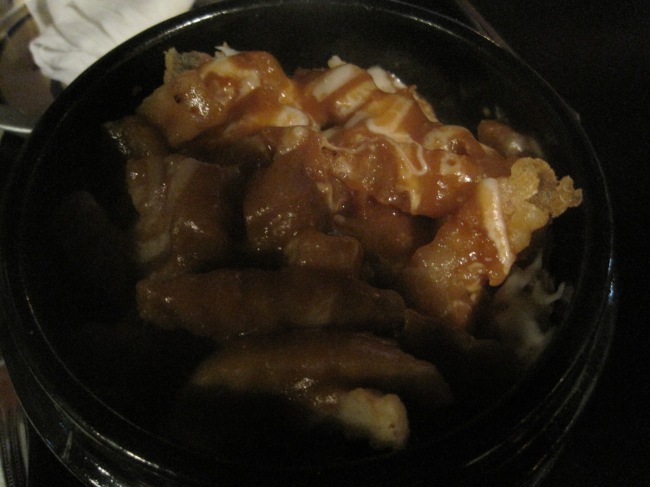 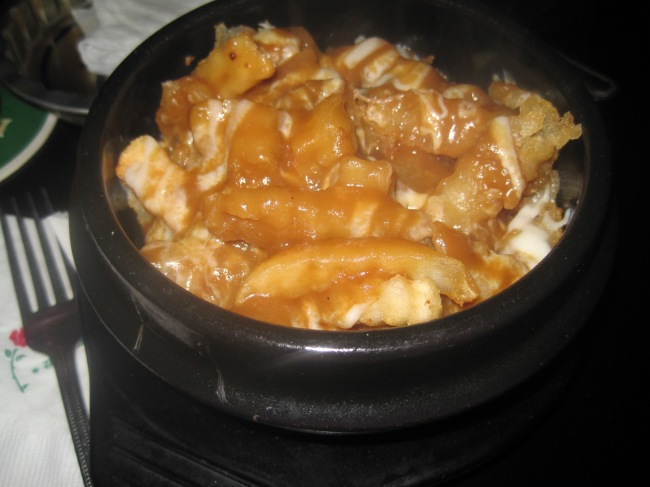 The Beef Burger and Fries (10000KRW): The beef burger and fries, on wing night, for shame HM. That said, HM was very satisfied with his meal. The burger was thick and juicy, and bun was nice and fresh. The veggies, especially the tomato looked as though they had seen better days, but overall the burger was satisfying. HM didn’t rave, nor did he complain about the fries, take that as you will. 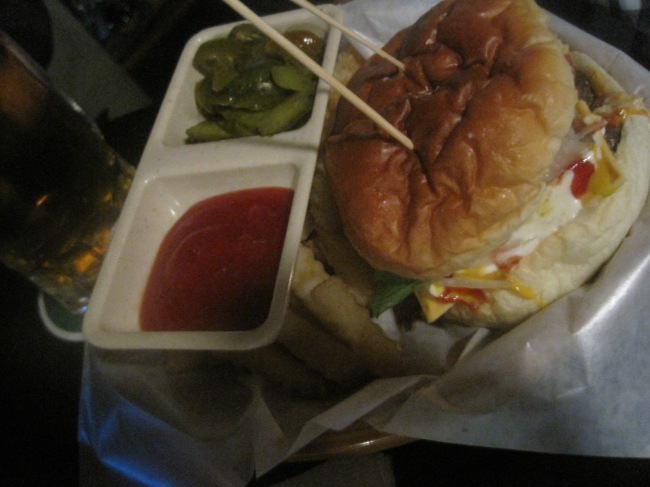 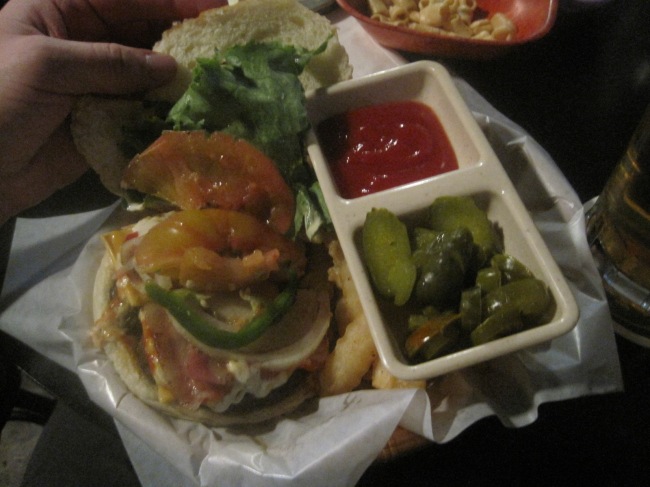 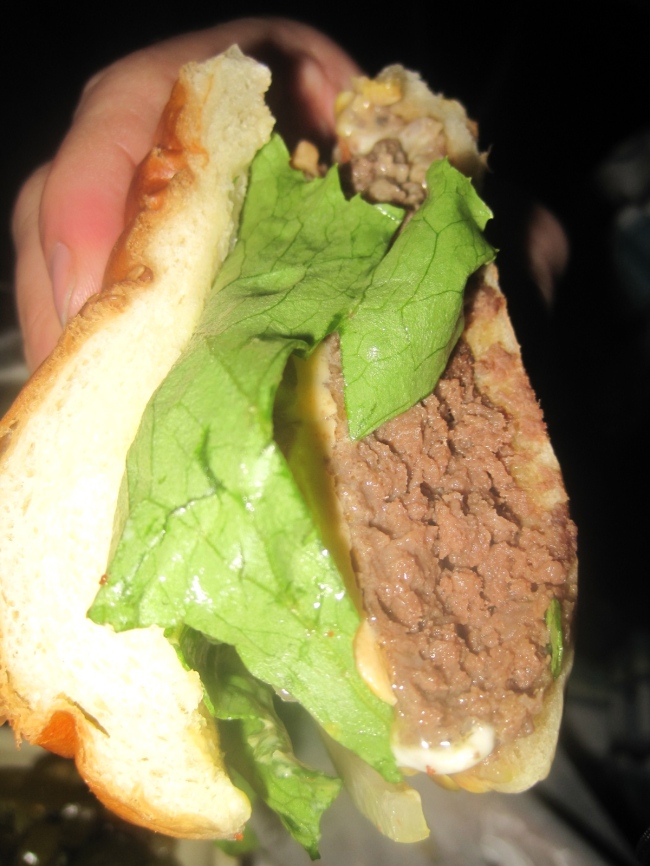 Chicken Wings (300KRW/wing Tuesday): Tuesday night is wing night! Thank you Metro for this lovely gift in the middle of the week. The wings are pretty good. One aspect about their wings I like is that you can mix your wings with various sauces. For example, you can get 5 spicy, 5 teriyaki and 5 BBQ wings, instead of being forced to order just one sauce. The staff at Metro speak great English and they always get the order right. A small victory when ordering food in a foreign country.

Today I got a mix of the teriyaki wings and the BBQ (10 each) with a side of ranch sauce for dipping. The teriyaki wings were lacking in teriyaki sauce in my opinion, but they were still nice and juicy. They could add a little more to their sauce in terms of flavor. Maybe some honey to sweet and thicken the sauce? However, the BBQ wings were excellent. They have a nice smokey flavor. I really enjoyed the BBQ wings and for 300KRW, there is excellent value here. My only qualm was that the wings seemed  little fatty and often times I was tearing at the fat, instead of the chicken. Not that it was a huge detrimental factor, it was just something that I noticed over the course of the meal. 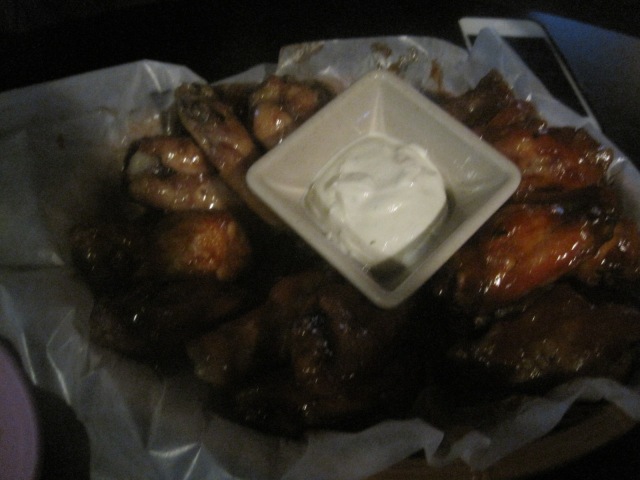 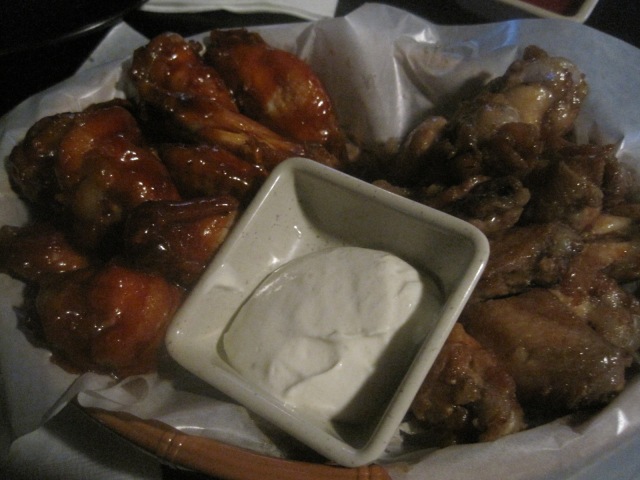 PK’s wings had a little more spice. He got the hot wings and said they had loads of flavor. He enjoys spicy food, so this was right up his alley. However, if you are undecided he said it is about a 7 out of 10 on the heat factor. Now, consider that this is coming from someone who likes heat, these wings definitely have some flavor. Also, like mine, they were nice and juicy, but a little fatty. 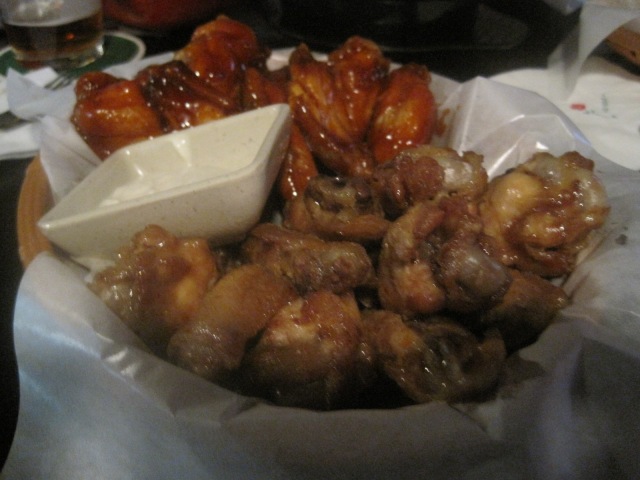 Drinks: Metropolis has an wide range of liquors and beers in stock, including bottle service. The bottle service ranges from anywhere between 110,000KRW – 500,000KRW (Johnnie Walker Blue). On tap are the usual suspects (Max, Cass, Hite) but they also have Indica, Red Rock and Heineken (5000KRW-8000KRW). 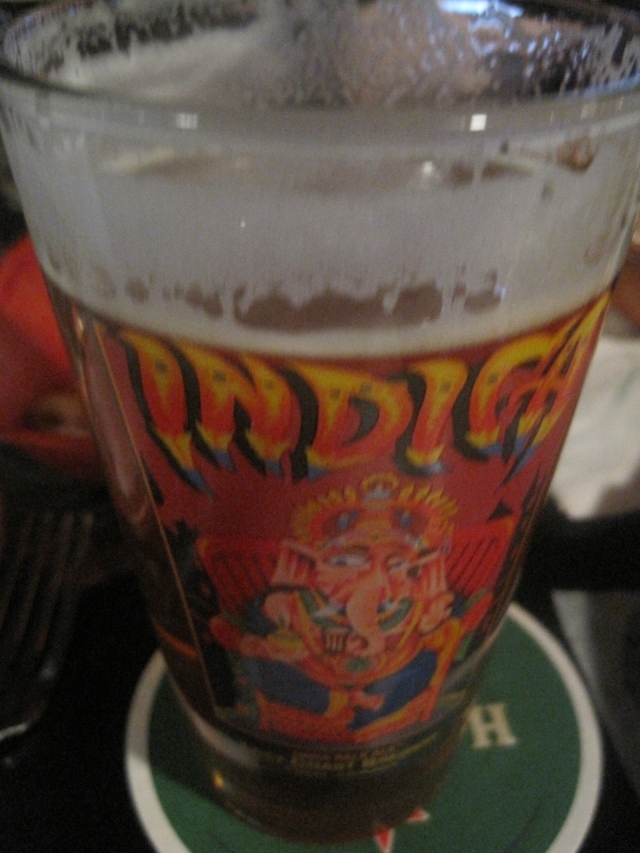 Value: The total came to 34,000KRW which included 3 Indica beers, 20 wings and a bowl of poutine. Great value for a full stomach and a quenched thirst. The friendly service, solid expat customers base makes this place a great night out as the hours slip away into the darkness, and the sun slowly rises.

Who Should Visit Metropolis: If you live north of the city and you’re a foreigner, you have probably been here. Hopefully, you’ve had a great time. It’s a great place to meet fellow expats, normally teachers at a great price and a enjoy a few games, some good pub food and drinks. The value is there, and is affordable on any budget.

Who Should Avoid Metropolis: Keep the kids at home. Drunk dudes playing beer pong is not family friendly.