Christmas Dinner at DerekvsLP 2013- Santa would be proud or have heart disease.

December 29, 2013 · by derekversuslonelyplanet · in Korea Misc. · Leave a comment

It has been awhile since my last post. The holidays are especially busy around here with a newborn, but we still found time to cook up a feast for Christmas. Last year, we cooked for about 20 people, but this year because of the new guy, we decided to just cook for three. That said, we had a great spread.

After opening up the gifts, we decided to make a few bowls of French onion soup. This was our first attempt at making homemade FOS and although we were a little disappointed with the appearance of the soup, the flavor was excellent. We combined chicken and beef broth and sautéed the onions for about 30 minutes. We used mozzarella cheese and just regular white bread. In the future, I think we might purchase the bread from our bakery downstairs, or make our own. I found that the bread was a little dry and stale. That said, it was an excellent warm lunch on a cold Christmas afternoon. 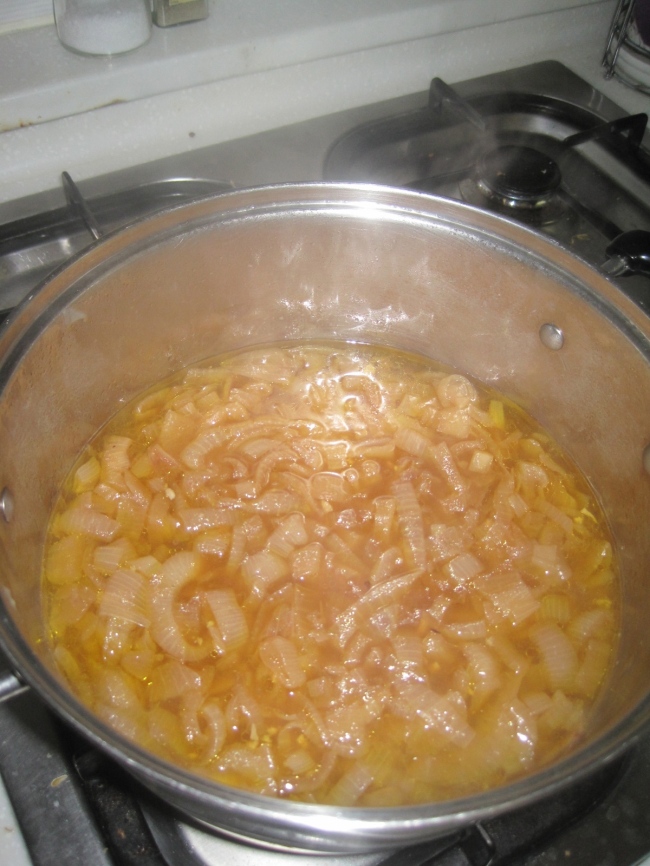 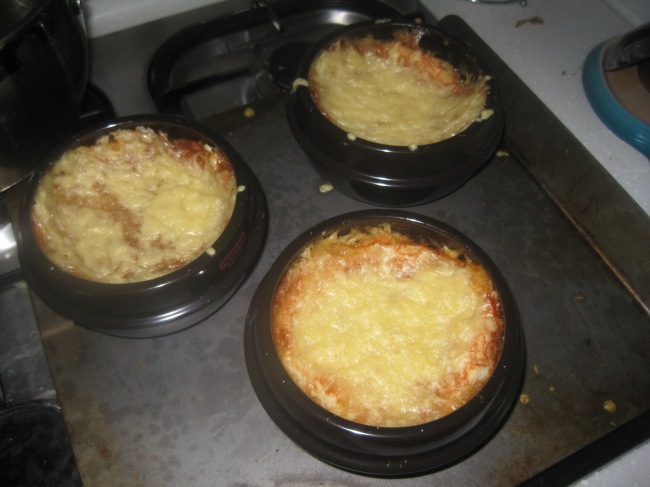 We ordered the turkey from High Street Market in Itaewon about a week before Christmas. We decided not to freeze it, and I found that this helped in the cooking process. My first attempt at a turkey at Thanksgiving was an amateur performance at best. However, learning from my mistakes, Jill and I really focused our energy on the bird. It was a simple recipe in hindsight, but I get nervous when I’m handling poultry. A combination of oregano, basil and thyme we rubbed on top of the turkey to give it a little flavor. Also, a nice coating of salt and pepper. A simple basking of olive oil butter and after four hours in the oven (45 minutes without covering to give it a nice browning) we had a pretty satisfactory turkey. Not too dry, but well cooked and flavored. The spices really complimented the turkey well, and it was simple, which is what I like when I’m cooking. When I cook the turkey again, I’m not going to brown the top as much as I did. It looked like one of those old California hippies in their 60s who just got out of a tanning bed. 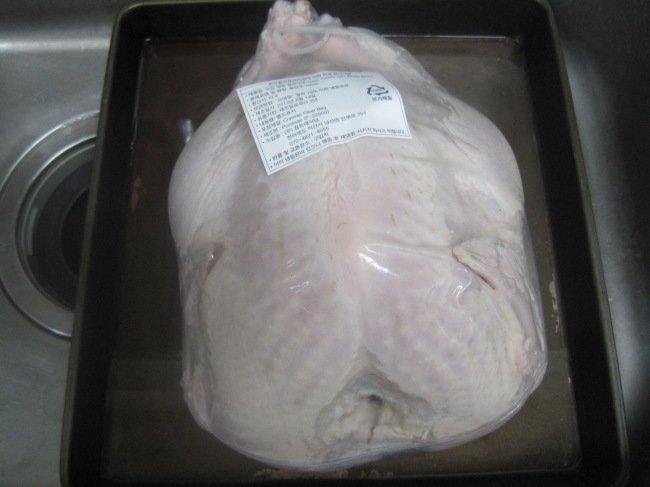 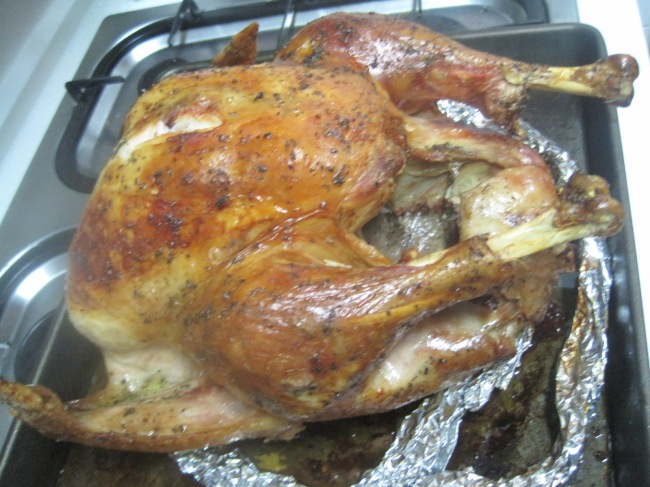 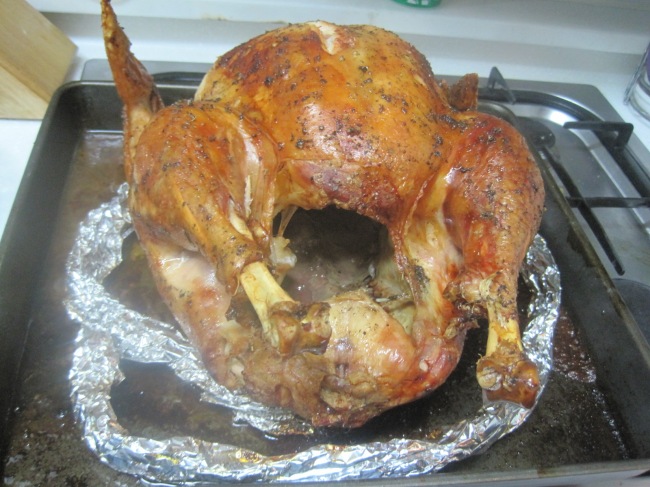 Nothing new here or complexed. I found that knowing how much garlic to minced and mix into the potatoes is usually the hardest part. I minced way too many at Thanksgiving and was disappointed with the results. At Christmas, I cut the recipe in half and minced about 5 cloves for a small bag of potatoes. Unfortunately, I didn’t mix in the garlic well, so some parts of the potatoes were more garlicky than others, but it still turned out okay. 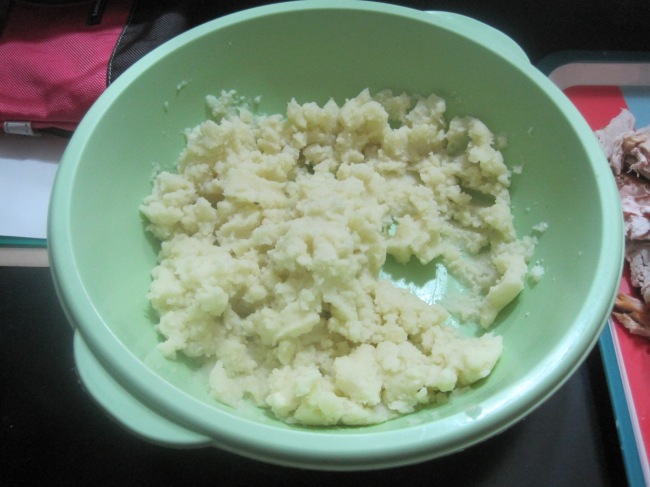 Stuffing was made up on the fly. We didn’t have any recipes for the ingredients we had, so we decided to improvise. Jill chopped up some onions and celery, sautéed them in a bunch of butter. She added the onions, celery and butter to some dried/cubed bread.  After that, she mixed the bread and veggies with some chicken broth with some herbs added (parsley, sage, thyme, salt and pepper).  Finally, she baked it in the oven for about 45 minutes.  It turned out okay actually, considering it wasn’t very well thought out, nor did we have a recipe. 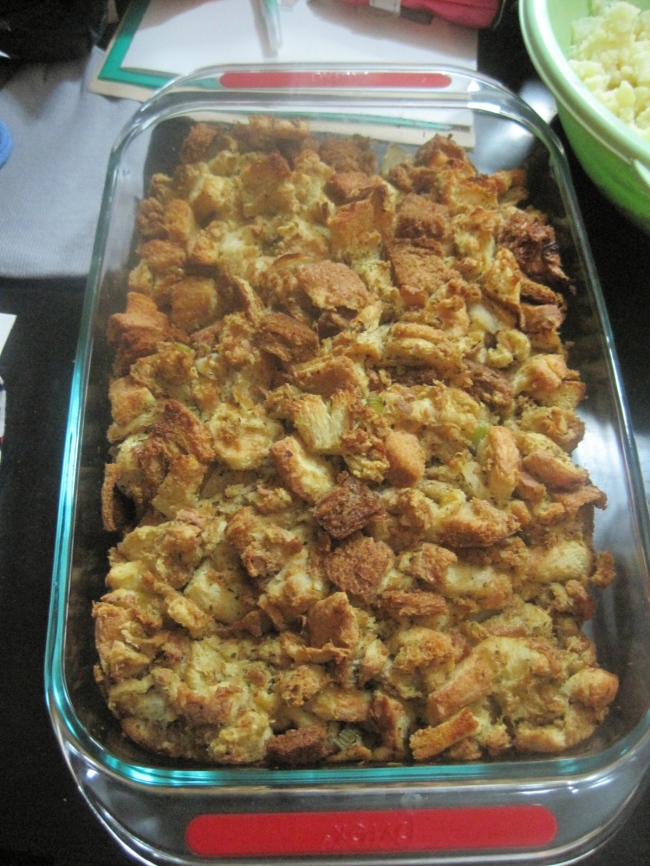 This is turning into a DerekvsLP staple. One of my wife’s signature dishes, though not created by her (recipe). It is so simple, but it tastes fantastic. We get a couple of cans of green beans (Thank you Jeff) and we mix it together with some spices. The trick is to cover it with parmesan cheese and bake it for about 30 minutes. It’s an excellent dish and everyone raves about it. 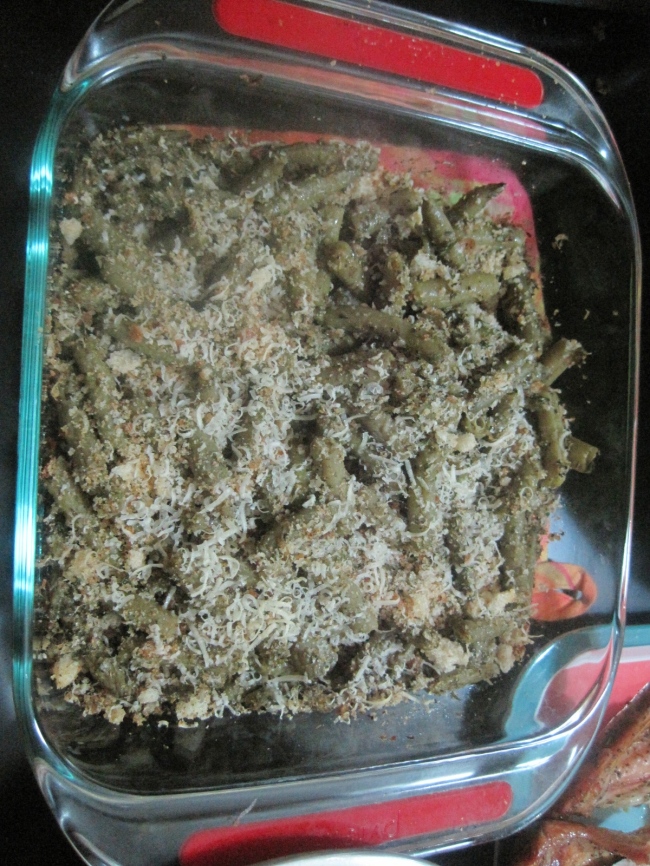 Carrots, potatoes, green bean casserole and of course turkey. Maybe some Lipitor as well. It was a great Christmas feast, and we put it all together for under 100$. The turkey being an eye watering 70,000KRW from High Street. 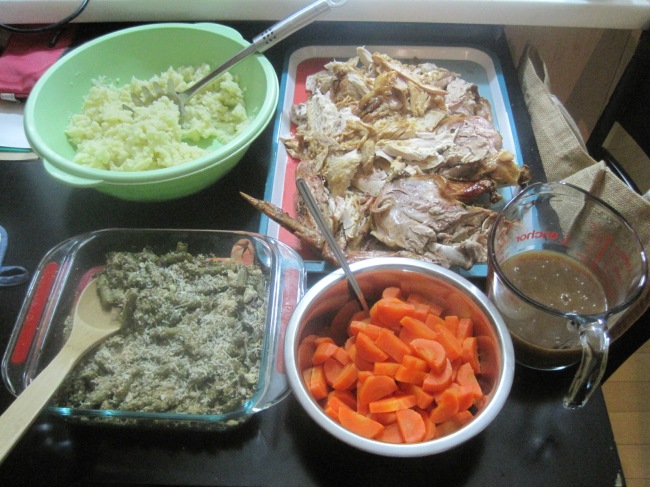 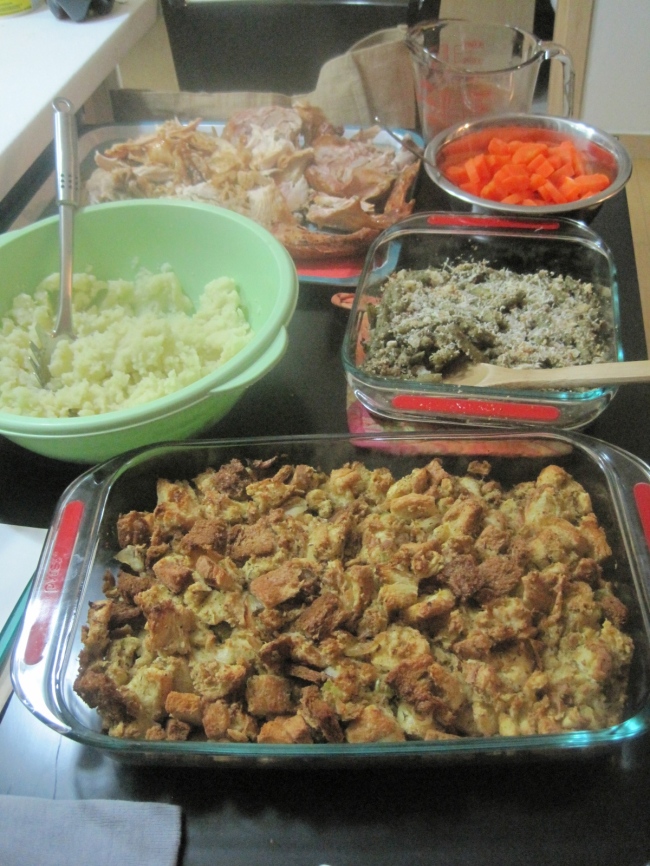