Flower Gin in Gyeongridan – A Flower Shop and a Gin Bar…. Need I Say More?

Spring has been here for awhile and this means that day drinking season has officially begun. I first read about Flower Gin on the blog A Fat Girls Guide to Eating in Korea, and since it was a beautiful spring day, and I had some writing to do, I decided after lunch a nice gin and tonic would fit the bill. One of the best decisions I have ever made. 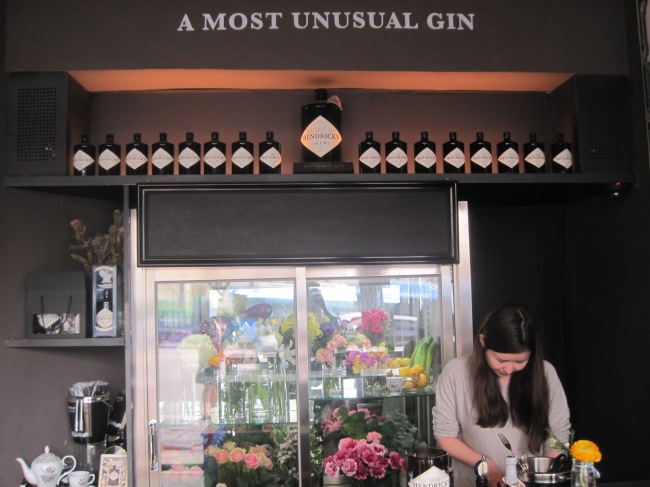 How to get there: The easiest way to get to Flower Gin is to take the subway to Noksapyeong Station (Line 6) and depart from Exit 2. You will walk down the hill with the army base on your left and in the distance you should see a bridge that will allow you to cross to the other side of the street. You need to cross that bridge unless you have a Marla Singer philosophy in life. Once you’ve crossed the bridge, make a left and walk away from Craftworks. It is on the main street on your right.

Walk across this bridge to get to Flower Gin or dance with death.

Atmosphere and Service: How would I describe Flower Gin? Small, quiet and relaxing would be the first three words that come to mind. There are only six seats inside and three outside, so it definitely has an intimate atmosphere. Flower Gin is more like visiting someone’s house than a bar. The service is great. The girl who served me was very laid back, some might perceive to a fault. She didn’t come over and talk to me and since I was working on a project I’m glad she didn’t. However, some people might be turned off my that demeanor. The smell of flowers has a calming and relaxing ambience and the soft beats on the radio compliments that soothing atmosphere. The decor on the wall is interesting, ranging from inappropriate birthday cards, to Monty Pythonish Hendricks wall art to flowers and cactus. As my good friend ST said, “It’s random. Very random.” 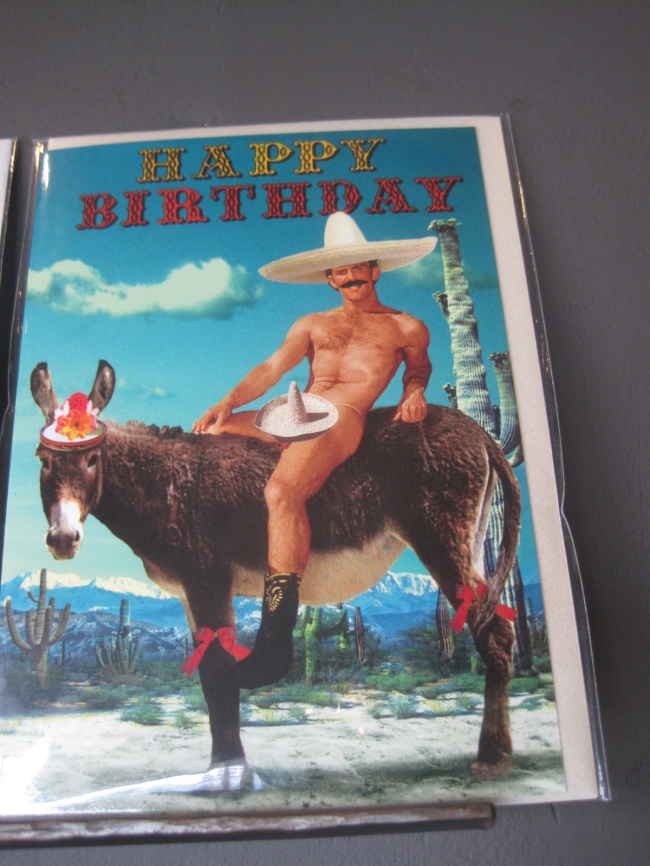 Is that a burrito under your sombrero or are you just happy to see me?

Food and Drink: No food today, but three gins later and I’m feeling pretty damn good. Since I’m not a gin connoisseur by any means I thought drinking more than just one would help develop my palate. I was right.

The Buck (8500KRW): The Buck consisted of Hendricks’ gin, ginger ale, a rose and a lemon. Hendricks is a unique gin to begin with in that it is infused with cucumbers and a rose at the actual distillery. It’s a smooth, but distinctive flavor is refreshing. This is a gin that is best mixed. The ginger ale and the lemon was a refreshing splash and made the drink go down nice and smooth. The rose was curious, but it added a freshness to the drink, and also made it aesthetically appealing. This is such a nice drink on a spring afternoon. I would highly recommend it for beginner gin drinkers like myself because it is mixed with familiar and refreshing flavors which balances out the gin nicely. 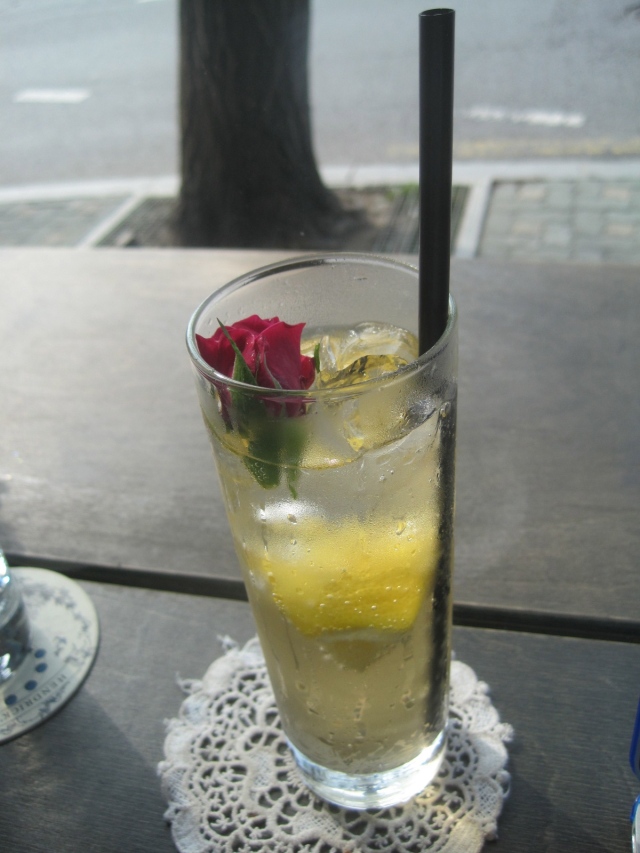 Gin and Tonic (8000KRW): The original. An old fashion gin and tonic to settle the nerves. The drink consists of Hendricks gin, a cucumber, a rose and tonic. This is a drink for the old timers. The gin’s flavor is prevalent in this drink, but the hint of cucumber adds a refreshing twist to the drink. I’m not much of a tonic fan. I find the flavor a bit too harsh for my liking, but with the cucumber, both infused in the gin and the drink, really balances out the bitterness of the tonic water.

Bathrooms: Normally I don’t make a big deal about bathrooms. Maybe I should, but I’ve never really thought it was that important. That said, sometimes a bathroom is pretty ghetto. Unfortunately, this is the only blemish on Flower Gin’s review. I would avoid the bathroom and sneak down to Craftworks if you have to pee ladies. Guys, just whip it out. 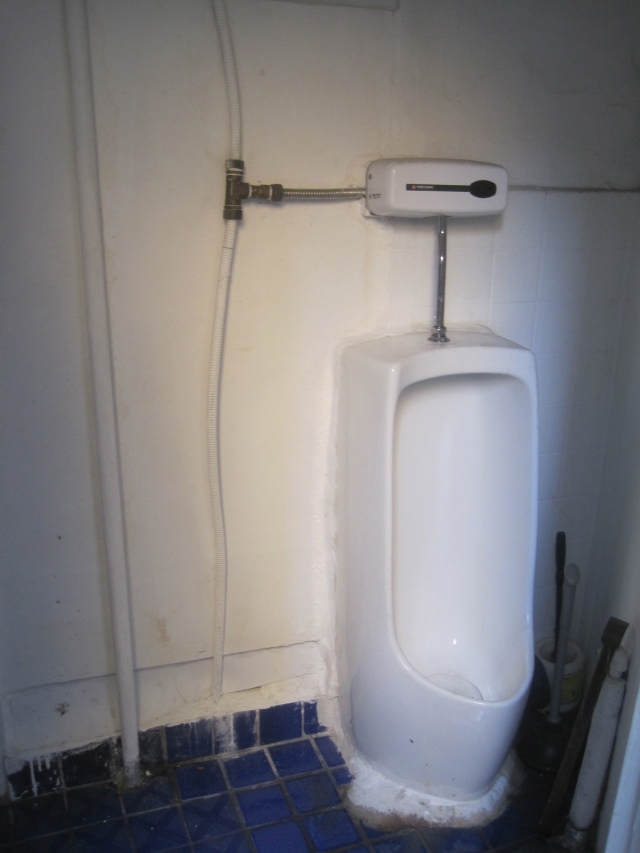 Value: Three gins later and I’m 25,000KRW poorer, but in a great mood. This is a little treasure down in Itaewon, and should not be missed, especially by gin connoisseurs. A very nice place to chill and read a book, or have a quiet conversation with a friend. As I said in the beginning, Flower Gin feels as though you have walked into a friend’s house on a Sunday afternoon for a quick drink and a chat.

Who Should Visit Flower Gin: A nice quiet place to have a gin and a conversation. A fun game to play is to watch people who walk by and do a double take as you sit at the window of a flower shop with a cocktail.

Who Should Avoid Flower Gin: Don’t like gin? Not too much else available expect for some coffee and water. Also, not a place I would go for food, not too much on the menu. Looking to get trashed for cheap?? Head to a GS25 or Seoul Pub!