The Booth in Gyeongridan – Great Pizza in a Strange Wonderland

Wednesday afternoon pizza on a sunny day in the city is the perfect recipe for a great week. Wednesday is my “pit stop” day until the weekend. I normally drop Logan off at daycare and then head out with friends or by myself for an afternoon of exploration or social engagements. Basically, I love Wednesdays and I love this city. Well, enough of that rambling. XL, ST and I decided to head to Gyeongridan, which is quickly developing into a unique and quirky neighborhood near Itaewon, to savor some pizza and replenish our thirst with some craft beer. The Booth was our sanctuary this afternoon and did not disappoint. 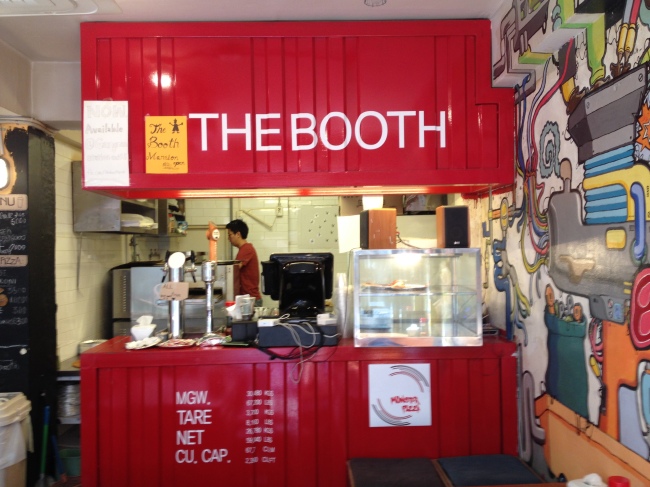 How to get there: A little more tricky than your average place in Gyeongridan because you have to veer off the main strip. First head to Noksapyeong station (Line 6) and depart from Exit 2. Walk down the hill with the military base on your left. Then you will need to cross the bridge to get to the other side. You will see The Baker’s Table as you descend from the bridge on your right. Make a turn down the alley that The Baker’s Table is on. Walk for about 100 meters and The Booth will be on your left.

Atmosphere and Service: The Booth looks like an abandoned warehouse from the outside, but inside is colorful to the point of being psychedelic. Inside of The Booth is what I would imagine Walt Disney would create if he were on a dark acid trip. There are no chairs, just square, elevated cushions for sitting on. The setup is simple and besides the mind bending collages on the wall, it is a relatively normal pizza place. The server/chef was friendly enough. He didn’t smile or anything, but he was polite enough and our order came quickly. I honestly don’t care if the server isn’t that overly friendly, as long as I get my food on time.

What is this sorcery?? 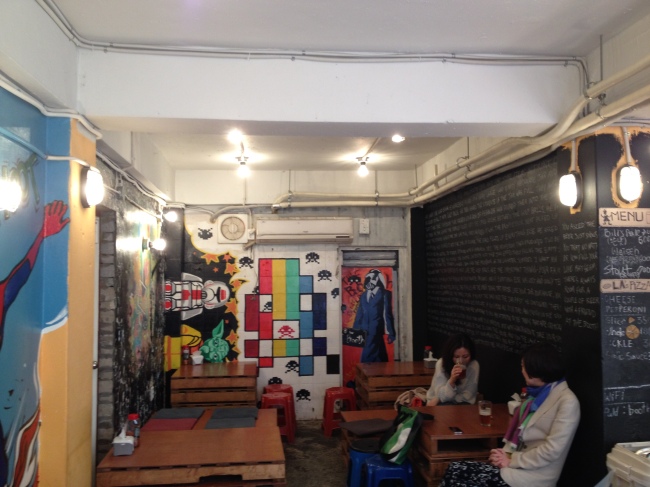 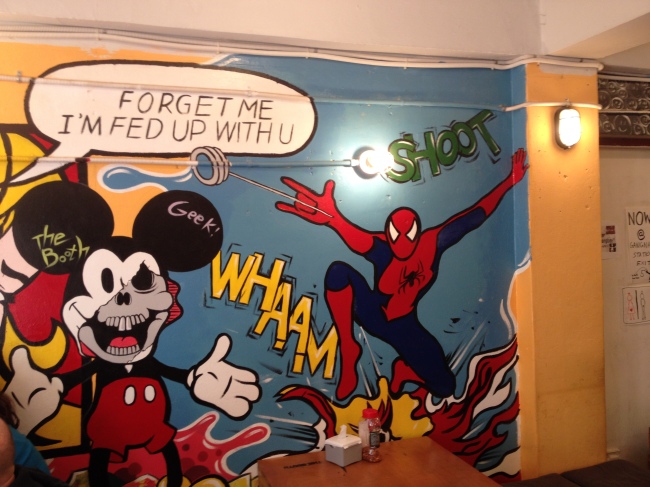 These pictures are what nightmares are made of.

Food and Drink: On tap today was a lot of Bill’s Pale Ale and two large pepperoni pizza.

The Pepperoni Pizza (18,000KRW): The Booth keeps it simple with a large pepperoni pizza. This is a no-frills pizza, but in essence that is what makes it great. The size of the pizza is enormous and would easily fill a family. We ordered two for some reason, and did not touch the second pizza. The pie folds nice, has enough flavor, and was generous with the toppings. The pie was nicely baked with not a dark scorch on it. A genuine, rustic pizza with simple ingredients but excellent flavor. I would not hesitate to order this again. In fact, there isn’t much on the menu, so this might be all you get. 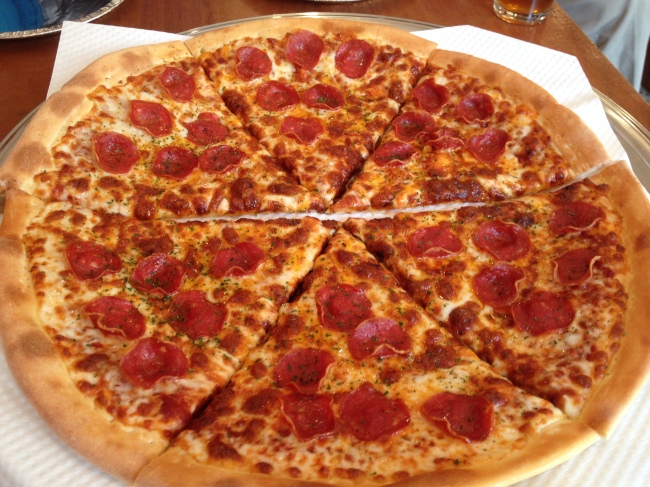 Bill’s Pale Ale (5000KRW): The Bill’s Pale was a nice complement to the pizza and the weather. It has a nice amber body, with an frothy, white head. A nice, crisp flavor with a hint of caramel, and a hoppy aftertaste. I could have sat and drank these all afternoon. It was a smooth, light beer to complement the atmosphere and weather. 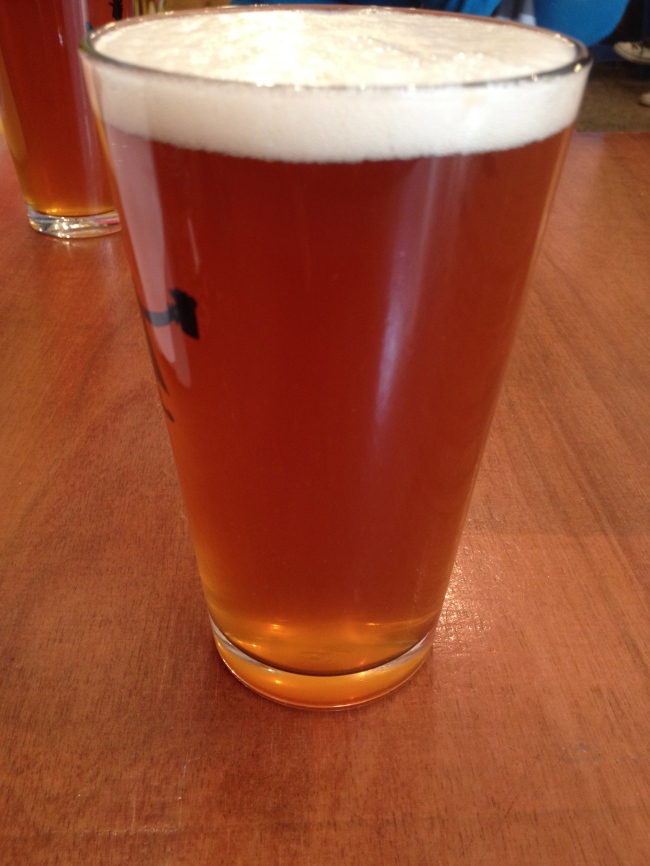 Value: The whole bill came to around 50,000KRW which included two pizzas (18,000KRW each) and a few beers. I honestly lost count (Oops). For me, the value was there. The pizza was huge and would easily fill a family or a really fat guy. Considering we live in the land of 30,000KRW Pizza Hut pizzas, this would be a better option. 5000KRW beers not named CASS or HITE always sit well with me, especially in the Itaewon area.

Who Should Visit The Booth: Need a great place to fill up on simple pizza and beer? This would be an excellent starting place for a messy night out.

Who Should Avoid The Booth: People looking for an extended menu should avoid this place. They have a small menu (but do it well).