Once Upon a Milkshake – The Stephen King of Milkshakes

Apparently we didn’t consume enough dairy after Swi:B, so we decided to head down the street to check out Once Upon a Milkshake. Personally, I wanted to go to Flower Gin, but Jill reminded me that the combination of gin, Mexican food and ice cream would reek havoc on our bathroom later. Ahh… I knew I married that girl for a reason. So we decided to do the responsible thing and head to Once Upon a Milkshake. I don’t really know how to describe my experience except to tell you that it was what it was. 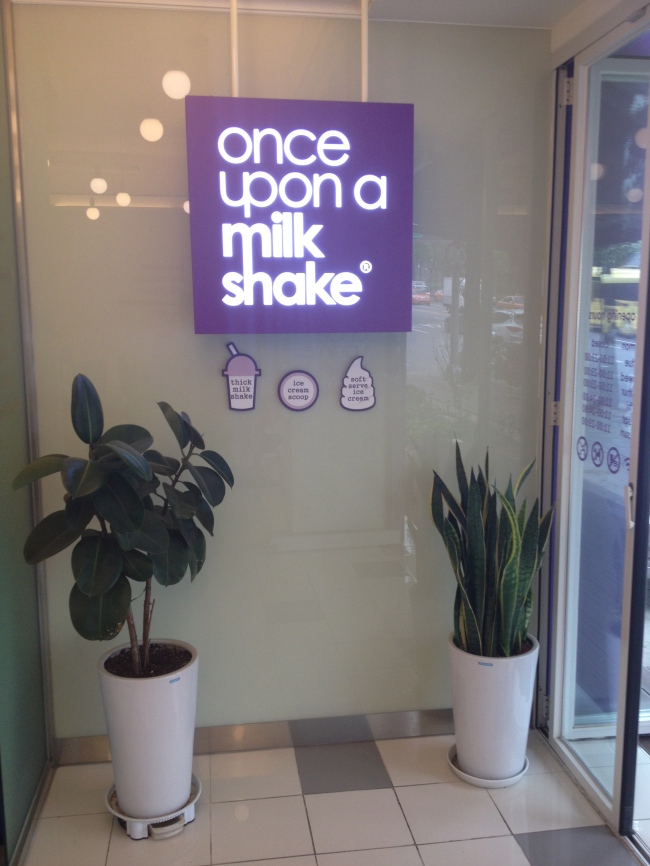 How to get there: Gyeongnidan! Wow, I’m on a Gyeongnidan roll right now. Okay, one more time for the directions. Head to Noksapyeong Station (Line 6) and depart from Exit 2. Walk down the hill and wave to our military personal on the left. Once you reach the bridge cross the street. Once you descend the steps, make a left. Once Upon a Milkshake will be about 20 meters up the street. 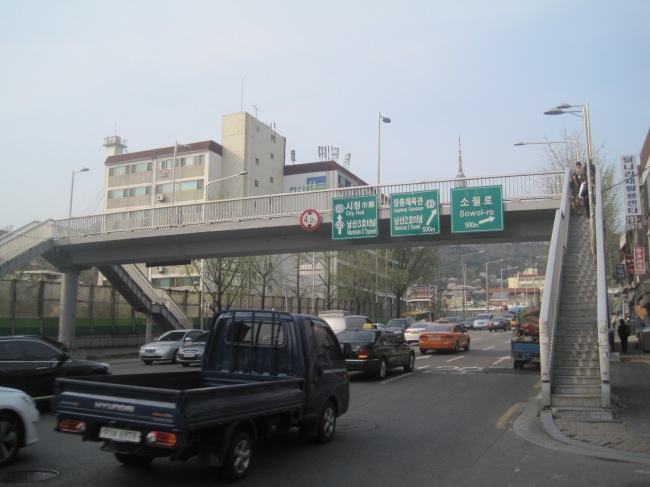 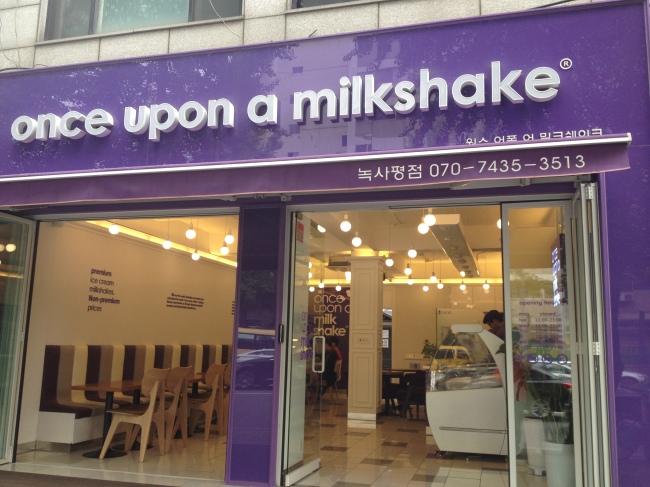 Atmosphere and Service: The first words that come to mind when describing Once Upon a Milkshake are sterile and soulless. I have nothing against this place. It’s clean and the staff were okay, but it just seemed to be missing something. I’ve always thought that every restaurant, cafe, home, etc. has a soul, but I didn’t feel that at Once Upon a Milkshake. When I think about milkshakes, my mind usually conjures up images of a 1950’s diner back home with the red stools, a simple menus and red and white stripped booths, and ideally a jukebox in the corner. It’s the soul of the place that keeps customers coming back. Fond memories of my childhood, the cravings of nostalgia that fills you heart with warmth when you think of that parlor. I didn’t feel that at Once Upon a Milkshake. In fact, I felt nothing. The server was a robot. He fixed out milkshakes, but didn’t smile. There wasn’t any music and the parlor was completely spotless, as if someone was eternally cleaning it out of boredom. Weird. 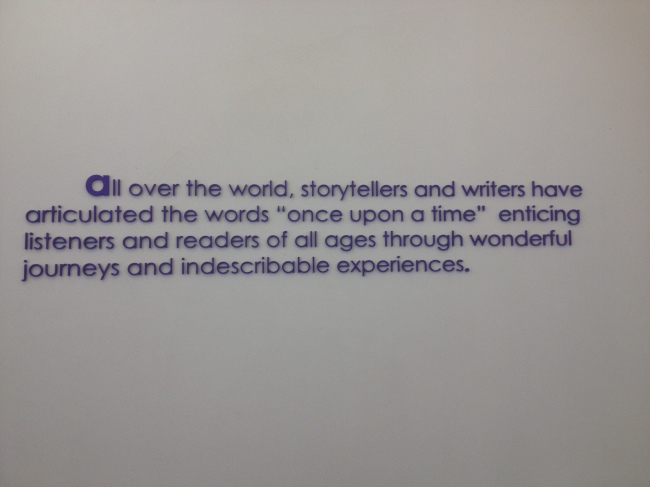 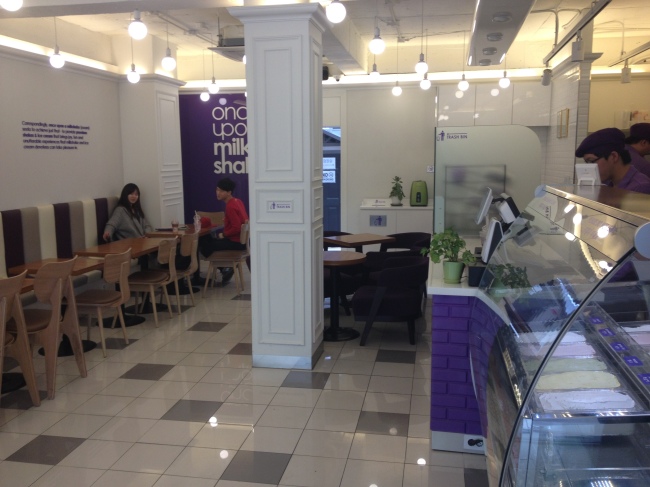 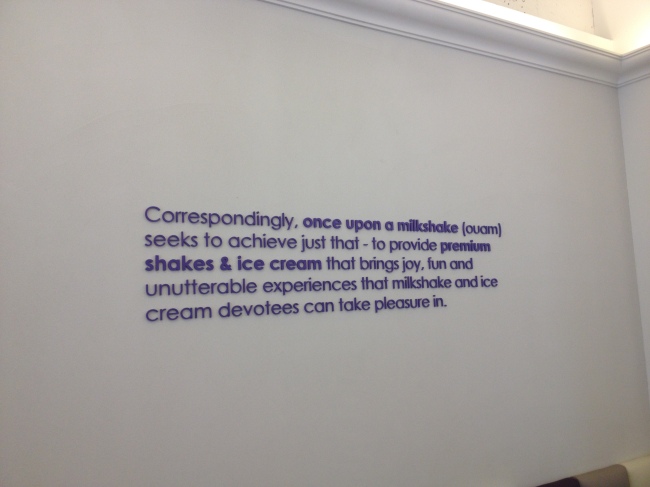 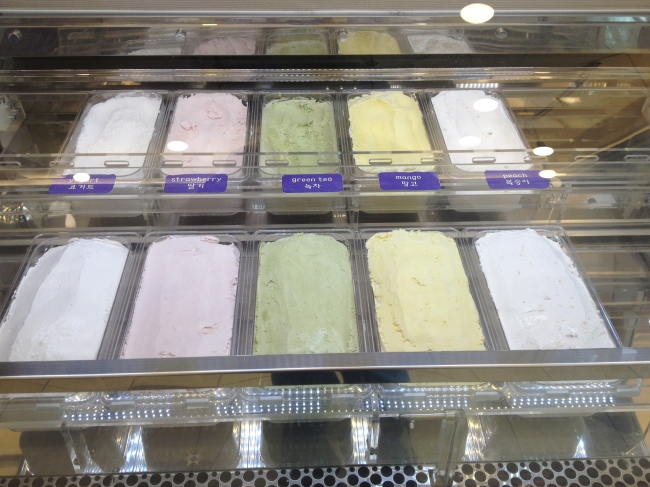 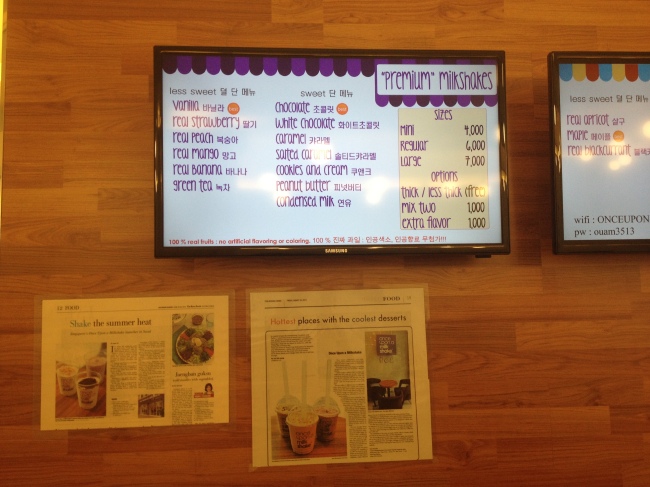 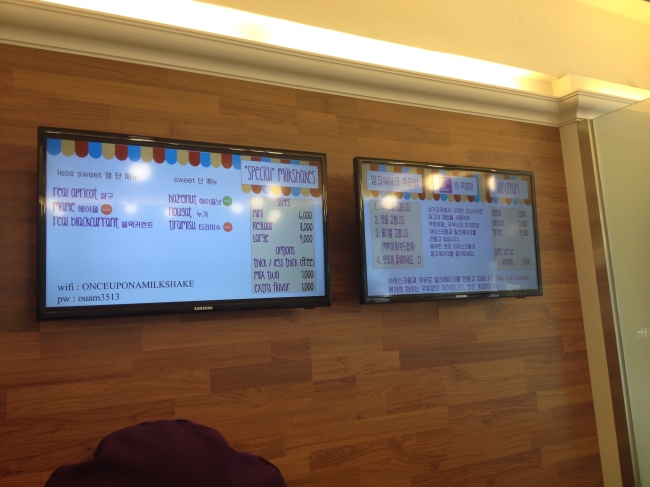 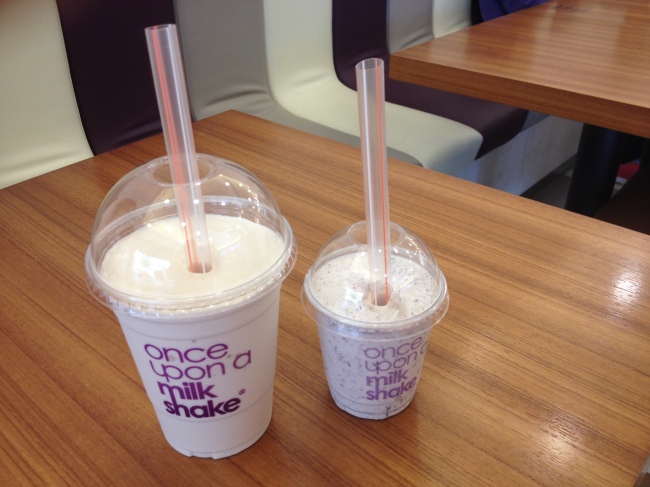 Large Peanut Butter Milkshake (7,000KRW): I’ve fallen in love with the milkshakes from The Hungry Dog, so this was going to be an uphill battle for Once Upon a Milkshake. In fairness, the milkshake was okay. It had that peanut butter flavor, but it tasted manufactured. As per my title, it was comparable to a Stephen King novel for milkshakes, in the sense that it was satisfying, but not memorable (This excludes the Dark Tower series by Stephen King). I can’t complain about it. It was thick and had some flavor, but it just wasn’t anything to write home about. On the contrary, The Hungry Dog’s milkshake has a natural peanut butter flavor that I love. 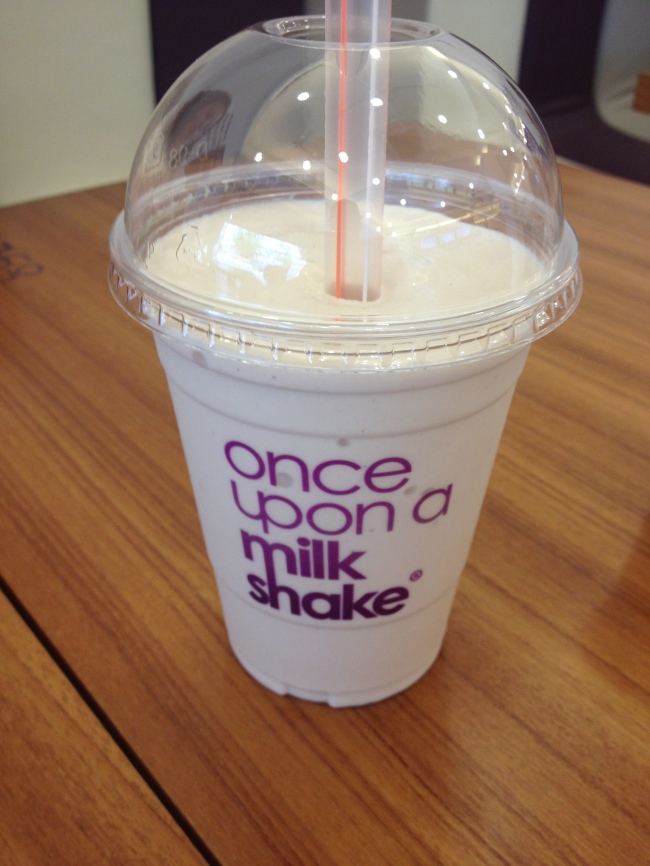 Mini Hazelnut Milkshake (4,000KRW): The hazelnut milkshake had a little more flavor. I believe that the milkshake was made from Nutella and not actual hazelnuts. That said I felt that this was the better of the two milkshakes. It was a little less thick than the peanut butter milkshake (as requested) and I think that this helped with the flavor of the hazelnut… er I mean Nutella. Jill enjoyed it and if I were to go back , I would probably order the hazelnut over the peanut butter. 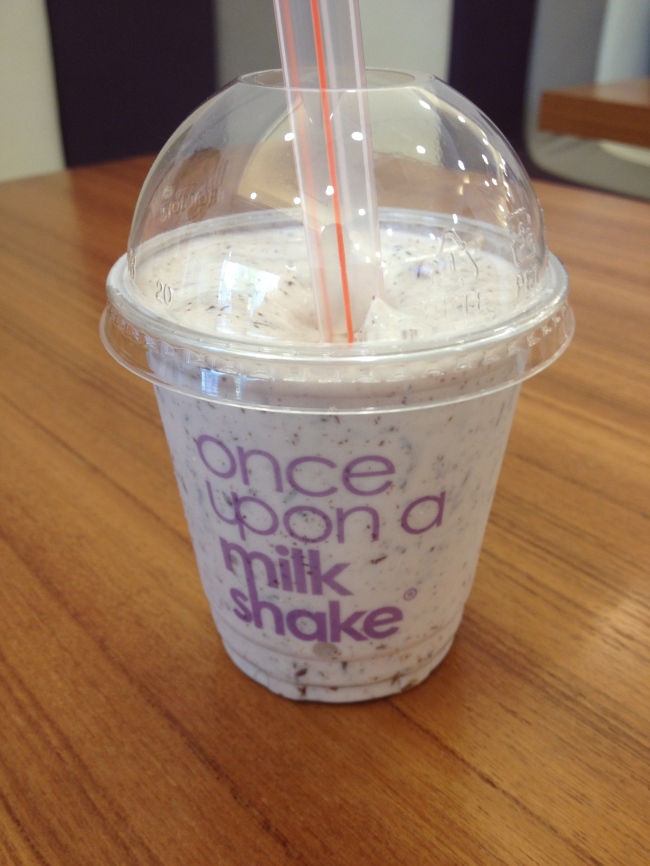 Value: The total bill came to 11,000KRW. Jill describe this place in terms of value by saying, “I would go there again if I were in the neighborhood, but I wouldn’t go out of my way to go there.” I would totally agree. The value is okay, just like everything else about Once Upon a Milkshake.

Who Should go to Once Upon a Milkshake: In the Gyeongnidan neighborhood? Feel like a milkshake? Give it a try.

Who Should Avoid Once Upon a Milkshake: Milkshake snobs will probably be unimpressed.

← Swi:t B Ice Cream in Gyeongridan – A Playful, Colorful and Delicious Ice Cream Wonderland
Good To Go in Haebangchon – AKA Indigo’s Replacement →