Route 66 in Itaewon – As American as a WalMart Apple Pie

Apple pie, the game of baseball, and the iconic Route 66 screams Americana. Unfortunately, Route 66 in Itaewon is about as equivalent to Americana as a McDonald’s on a long, deserted stretch of American highway. It’s not that Route 66 was all that bad, but damn, it was just so generic and uninspiring. Anyway, onwards. 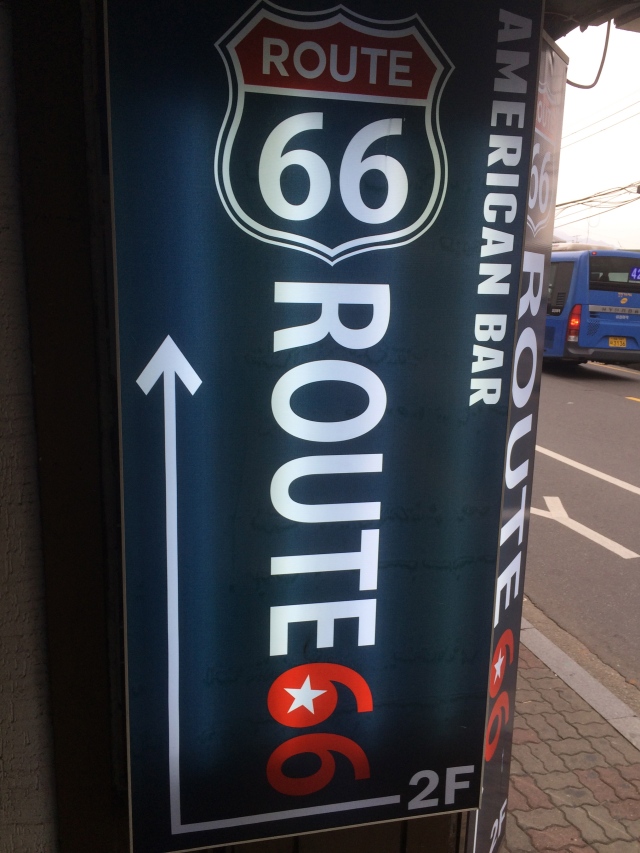 How to get there: Route 66 is easiest enough to get to because it is right outside of Itaewon station. The easiest way to get there is to take the subway to Itaewon Station (Line 6) and depart from Exit 3. Make a 180 and then a left. You will walk pass the Taco Bell and Route 66 is about 250 meters straight. 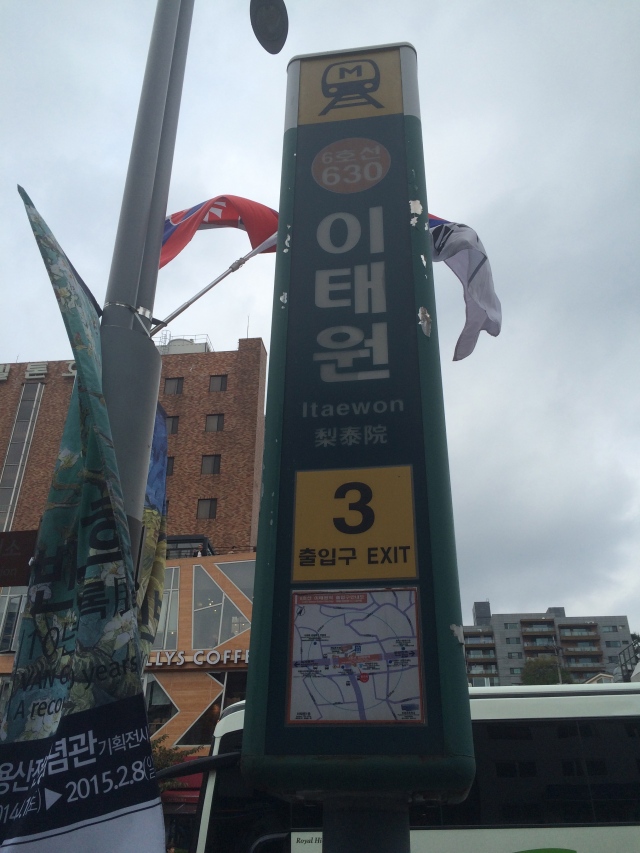 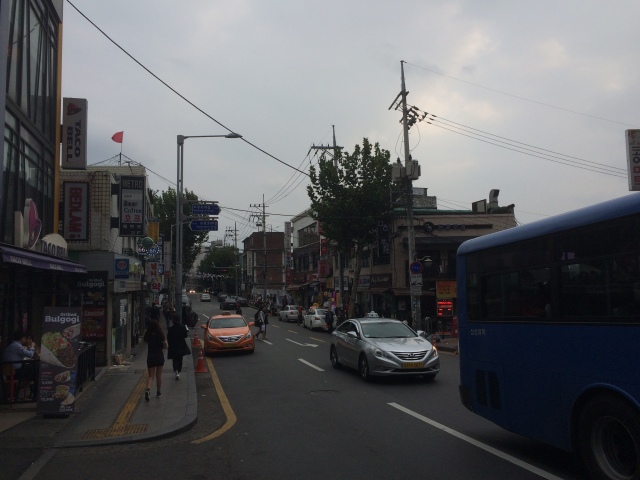 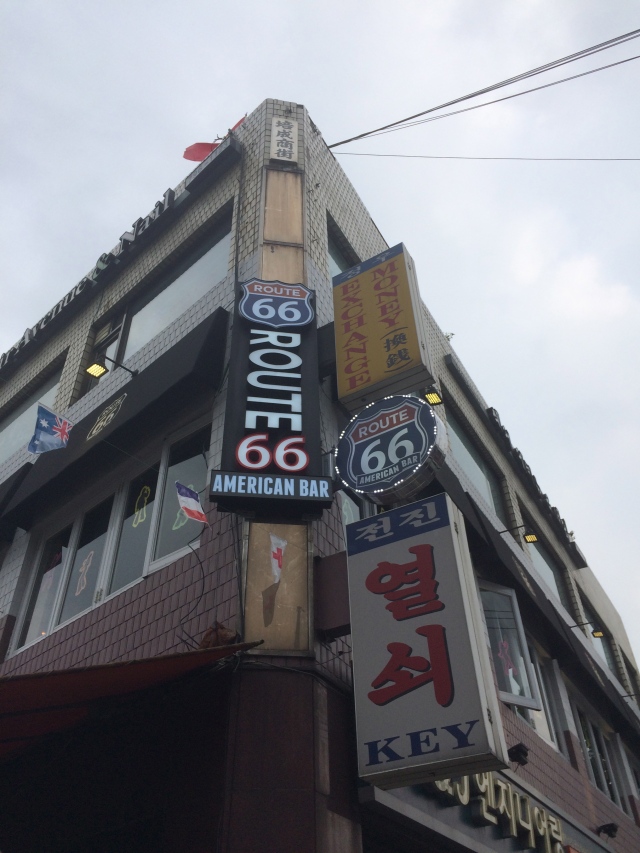 Atmosphere and Service: The first thing that strikes you as you walk in is the oldies playing on the radio. Tracks from the 1950s, 60s and 70s set the American ambience. Football games on ESPN and other random pieces of Americana decorate the walls. In this case, Route 66 does an admirable job. I found myself tapping my foot to some of the songs I remembered listening to as my family went out for its traditional Sunday drive. The service was great too! The server was friendly and had a great smile. My food came out quickly enough and everything was served hot. So, this was basically the high point of my visit because from here on out, the food starts to take a noise dive with one exception. 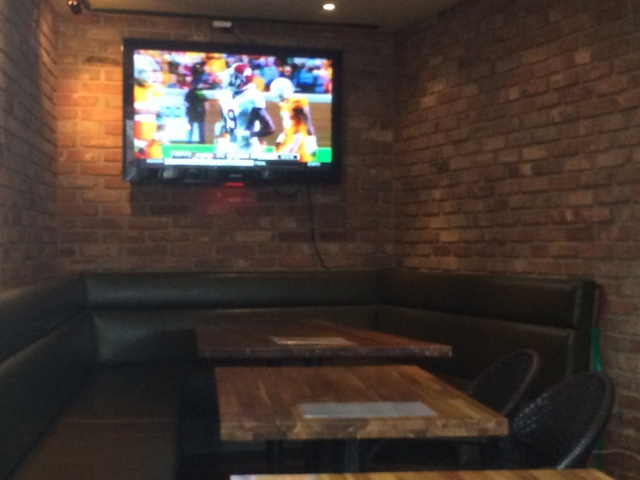 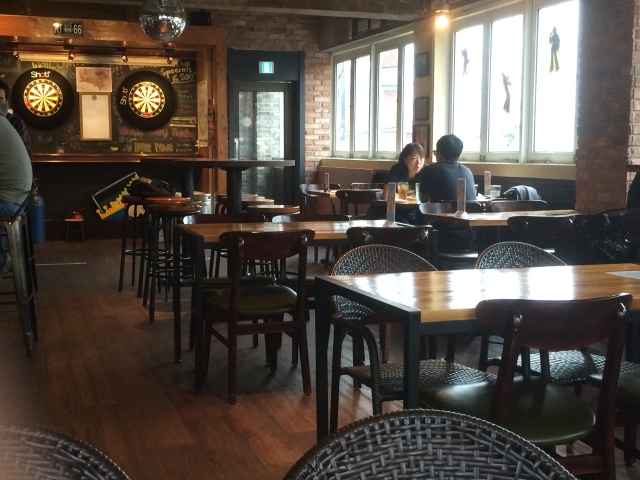 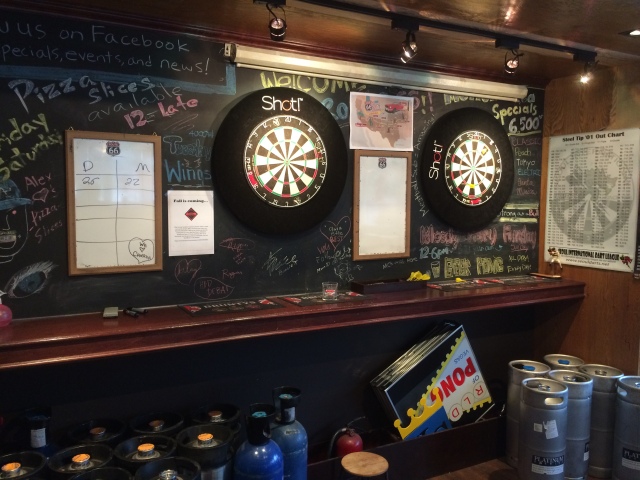 Boneless Honey Mustard (9,000KRW): The one thing on the menu that I really enjoyed were the Boneless Honey Mustard wings. They came out hot and fresh. They were tender and juicy with the right amount of honey mustard sauce. The side of ranch was nice for dipping. However, they could have had a few more veggies to gnaw on to give the illusion that I was putting something healthy in my body. 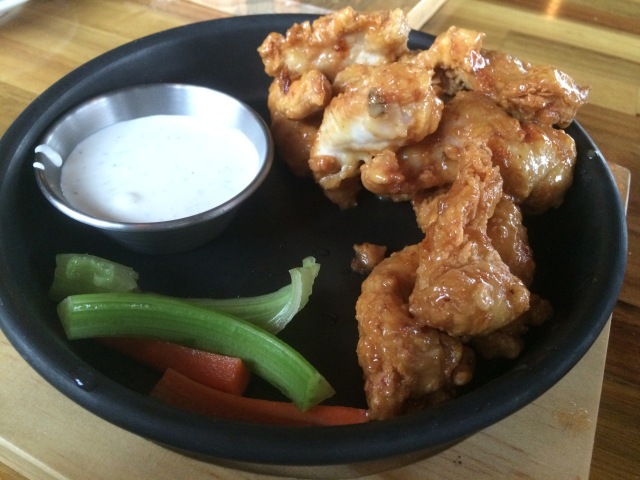 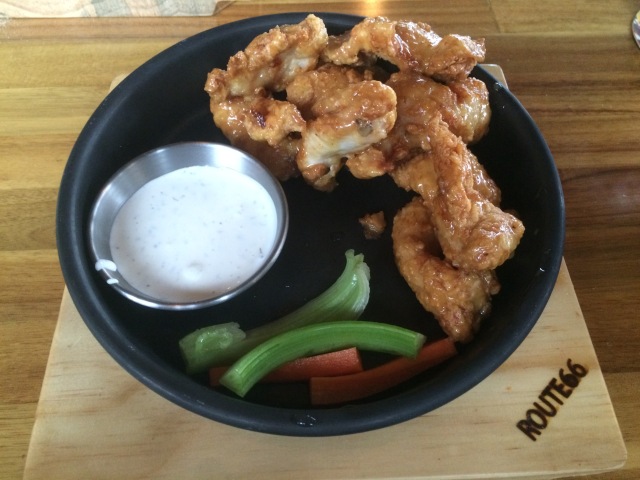 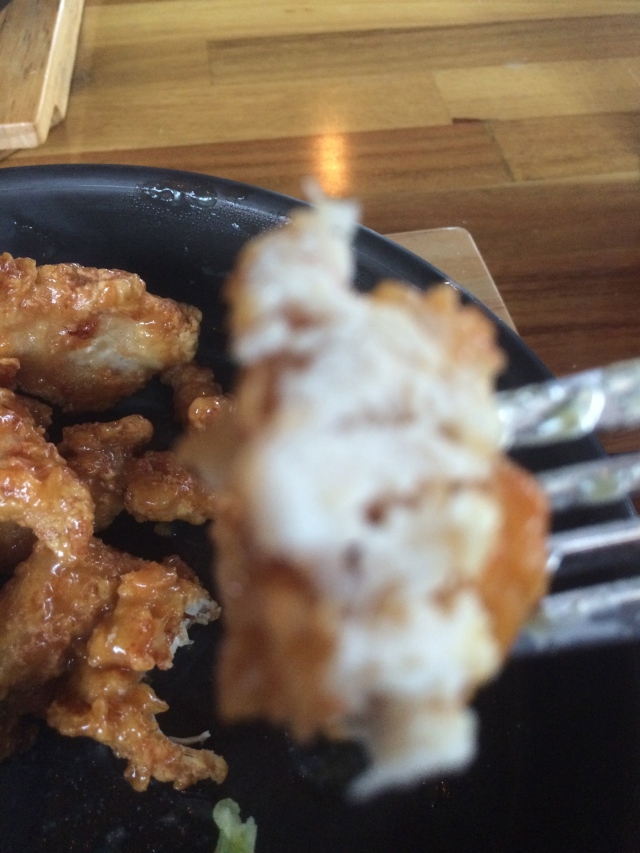 Salt and Pepper Chicken Wings (9,000KRW): Someone forgot to add the salt or the pepper. I’m pretty sure these wings were just simply deep fried with no seasoning whatsoever. Route 66 needs to take a note from Rocky Mountain Tavern when it comes to their wings. Their salt and pepper wings are very flavorful with salt and pepper sitting at the bottom of the plate when you’ve consumed the last wing. That’s how one needs to season a S&P wing. 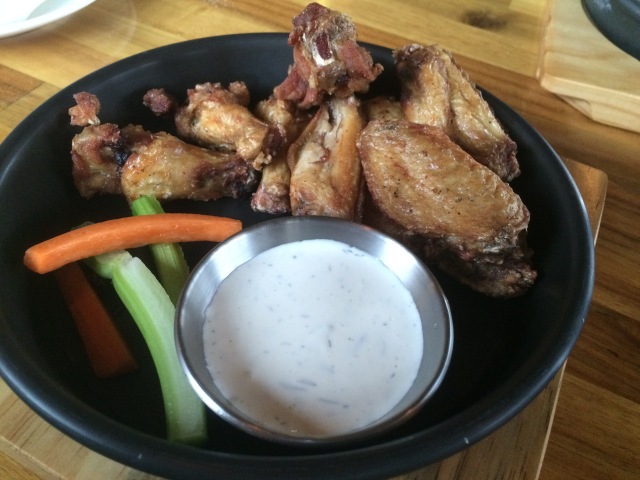 66 BBQ (8,000KRW): This sandwich was just a mess. It was oversized and packed with pork, which you think would be a good thing right? However, when it is covered and I literally mean covered with store-bought BBQ sauce, it makes it about as appealing as can of beans over an open fire. Apparently, there is also suppose to be deep-fried onion rings, however, the batter appeared to have fallen off and drowned somewhere in the sea of Bullseye BBQ sauce. Anyway, this sandwich was as fucking generic and sloppy as a drunken sorority girl at a Halloween kegger. If that appeals to you and you want to spend 8,000KRW on that sandwich, be my guest. However, for real pulled pork, I would  suggest heading to Linus or Holy Smoke. 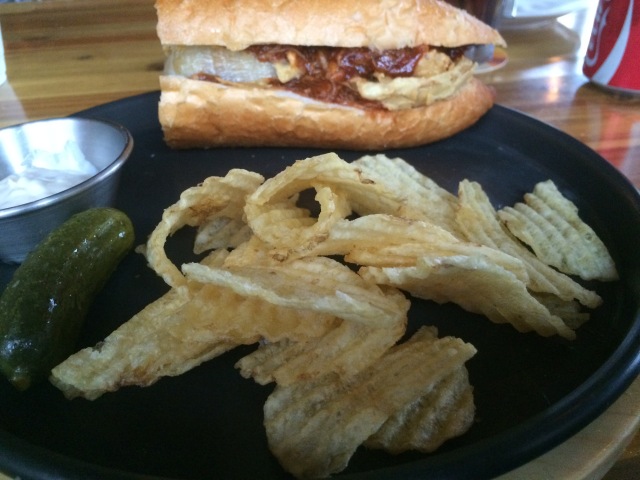 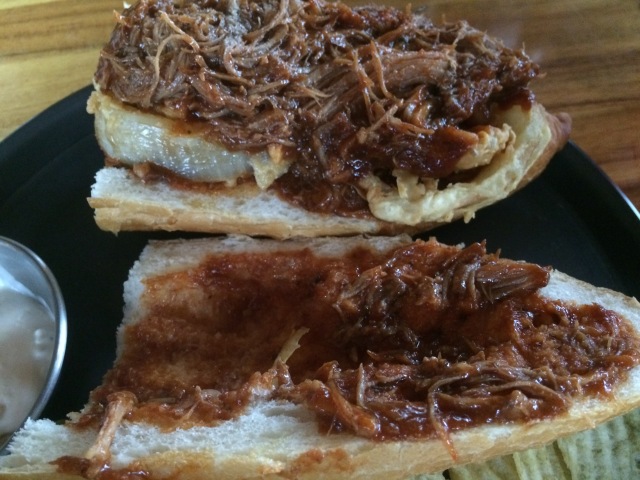 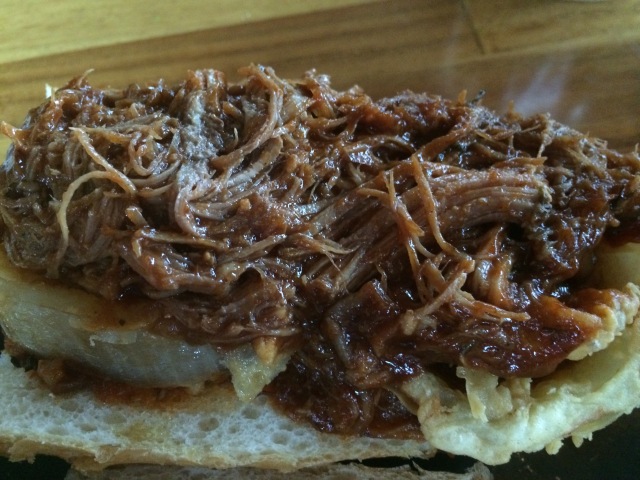 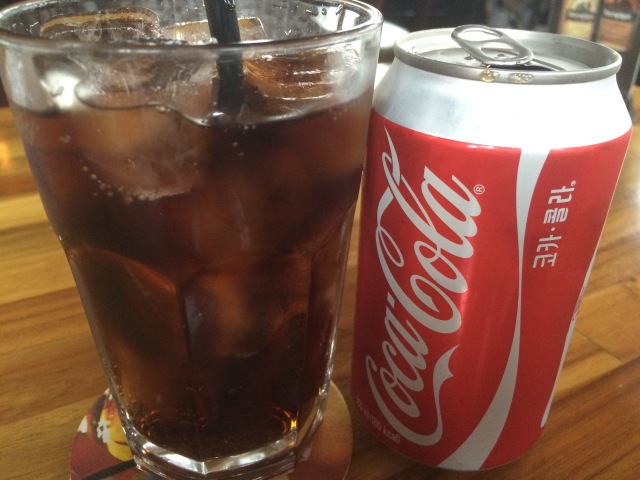 Value: The whole meal came to approximately 30,000KRW. It was a lot of food and I had to pack some chicken wings to go, but still, there wasn’t much value there to really warrant going back. It’s not as though I had a totally horrific experience, but god damn, in this day and age of Itaewon you need to standout. If you want to have an American restaurant that’s fine, but fucking make it as authentic as American as possible and not some cheap, generic ripoff. There are a million places I can go to get a burger, fries and pulled pork sandwiches in Itaewon, what makes your restaurant standout from the rest?

Who Should go to Route 66: Craving some pulled pork with Bullseye BBQ sauce? Give it a try. Their boneless chicken wings were great. I would go back to listen to the music and maybe get drunk.

Who Should Avoid Route 66: There are a million places that do their food so much better than Route 66. I would highly advise checking them out if you want to eat something more authentically American. 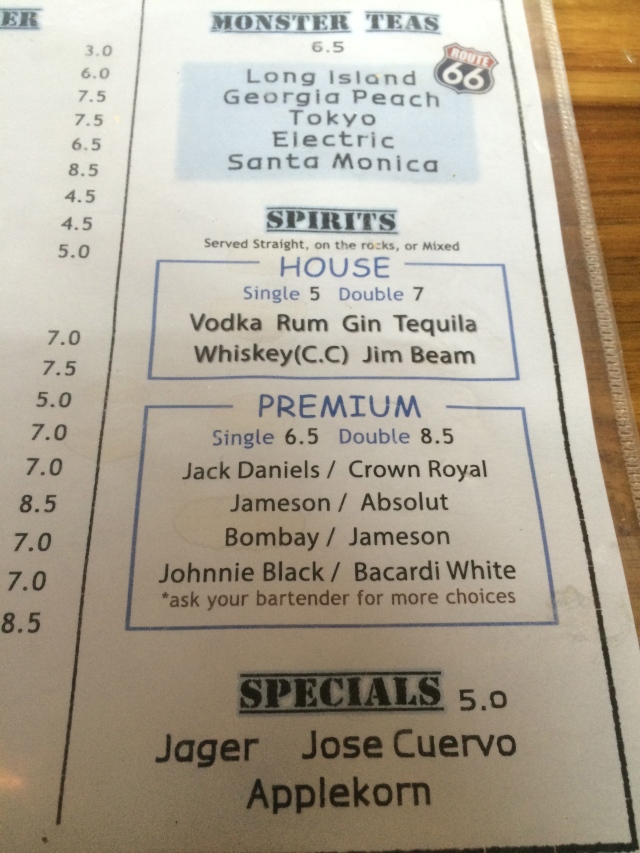 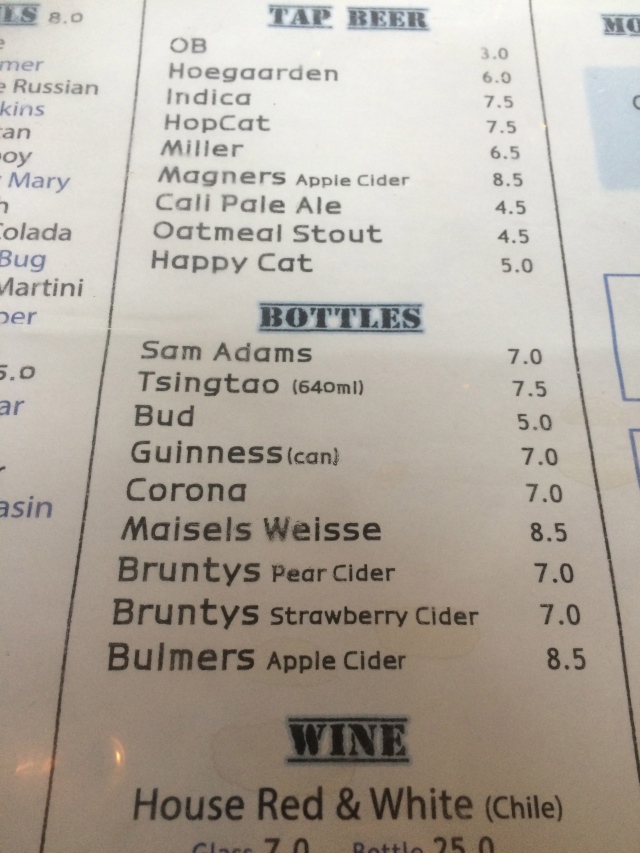 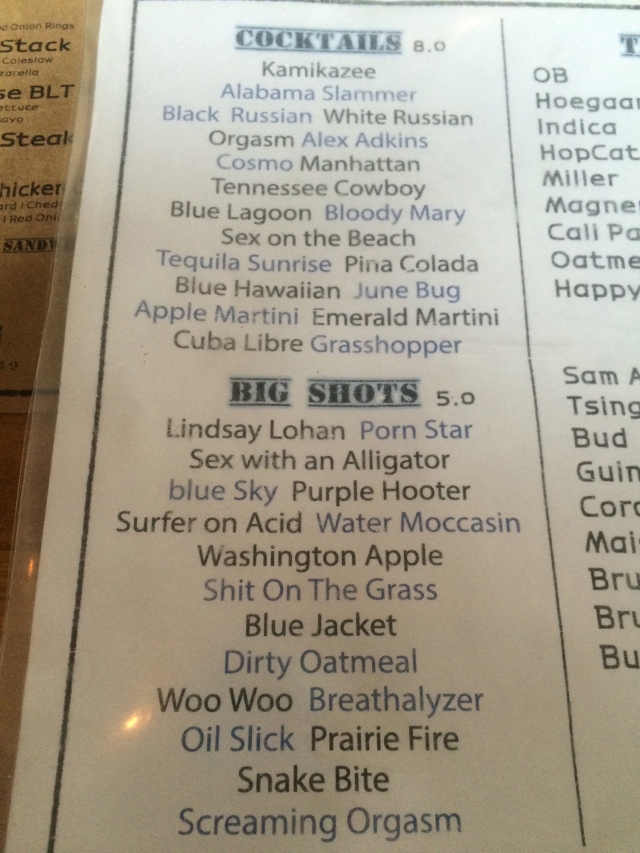 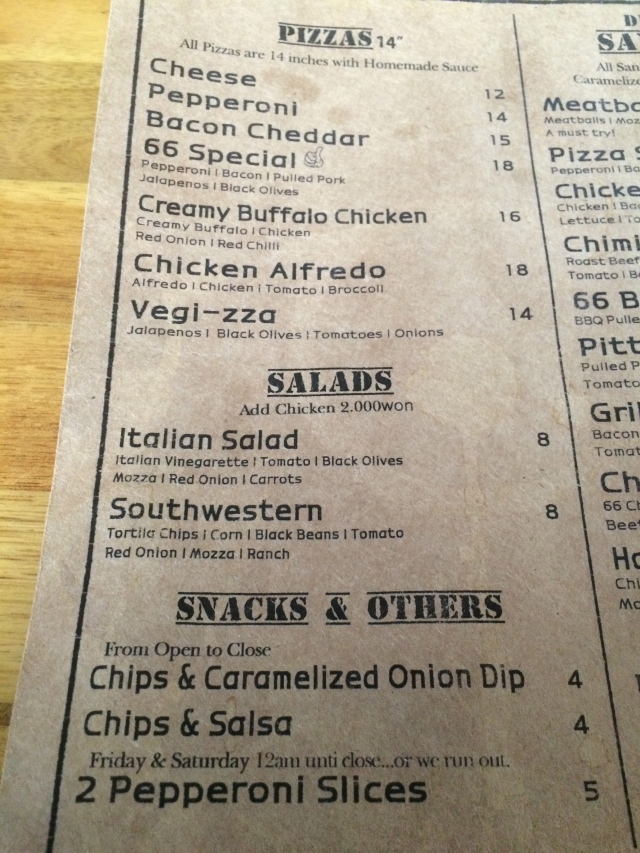 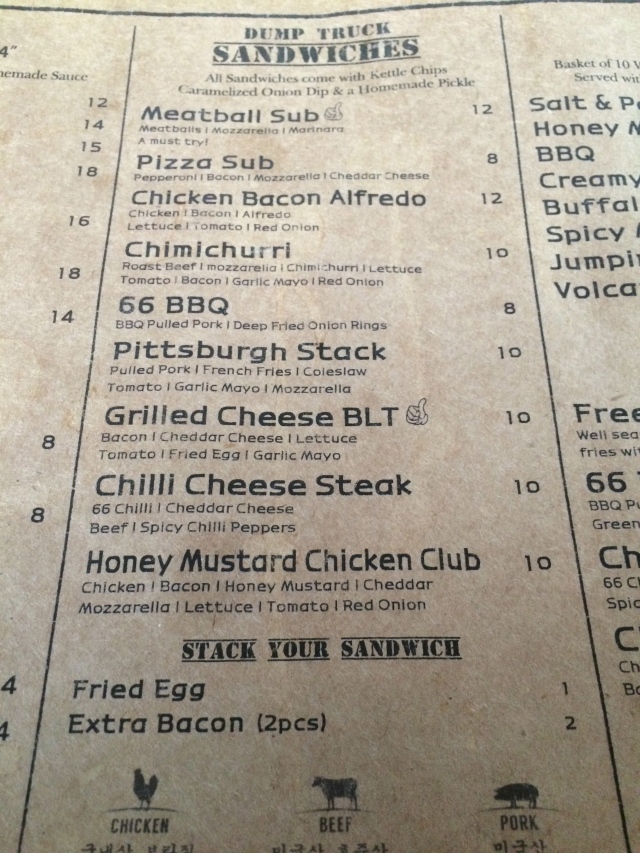 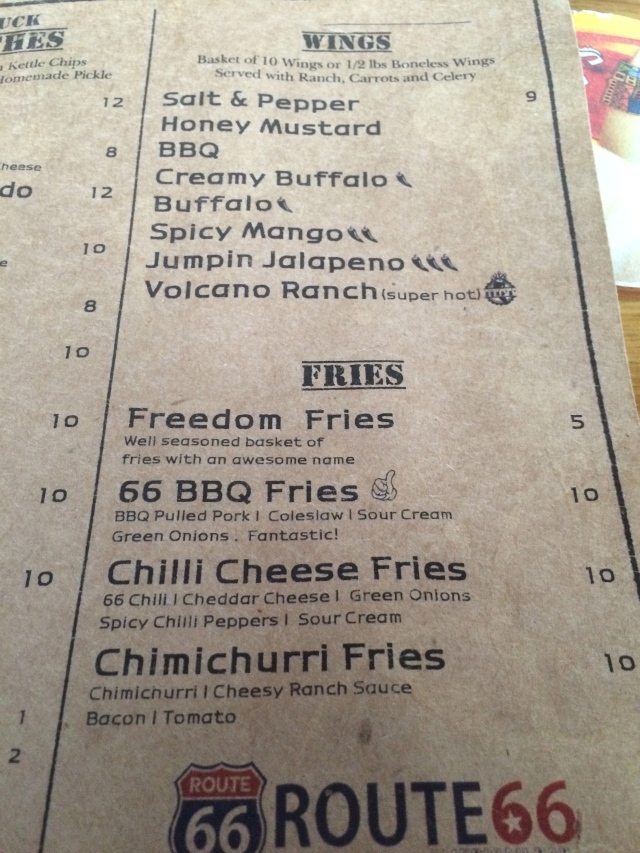