Welcome back to part two of my series focused on Gyeongbokgung. This post will focus on Geunjoengjoen, which acted as the royal palace for the king and his delegates. As well, this post will focus on Sajeongjoen, where the king met with his advisors and often went to meditate on his decisions. Finally, we will include Gangnyeongjeon and Gyotaejeon, two buildings that focused on the daily lives of the royals. Onwards! 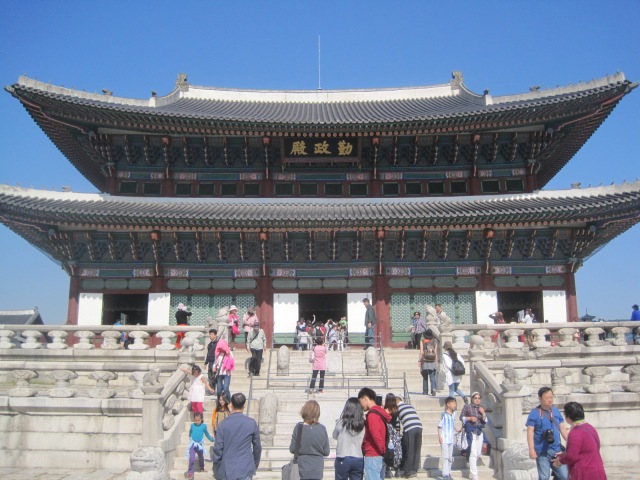 Geunjoengjeon: The King Rules Here After walking through Gwanghwamun, Gyeongbokgung begins to open up. A large open space leads to the next gate, Heungnyemun, which leads into the heart of Gyeongbokgung. Honestly, there isn’t much to see in this area. However, there is a small stream with a bridge and an ancient drum. That said, the open space is nice, especially coming in from the congestion of Gwanghwamun. 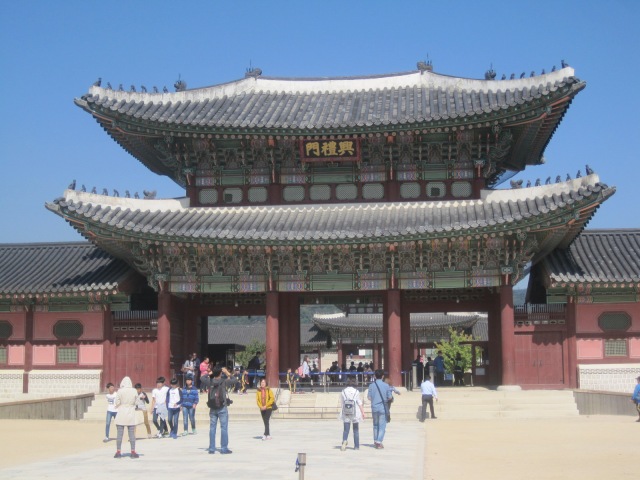 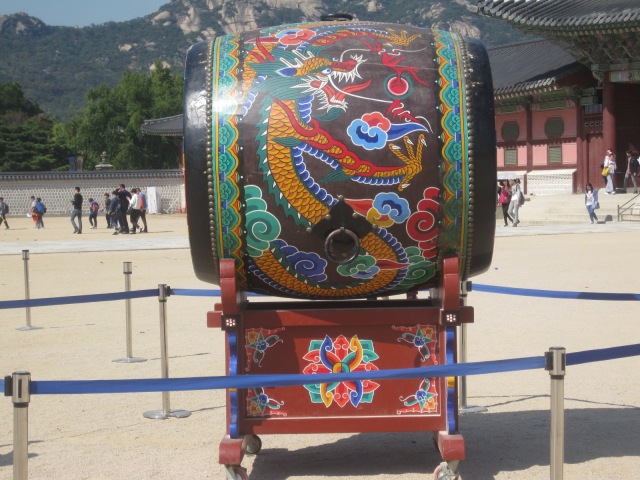 Geunjeongjeon is the heart of Gyeongbokgung. It is a massive structure, with high ceilings and an open courtyard leading up to the palace. Geunjoengmun is the main gate leading up to the stone markers, which lead into the palace. The main pathway was reserved for the king and the iron rings were to pitch a tent for the king and his associates to ensure that they would be free from sunlight and rain. Geunjoengjeon was mainly used as a meeting place for foreign dignitaries and the coronation ceremony. As with most of Gyeongbokgung, Geunjeongejeon was destroyed in the Japanese occupation in the early 20th century. 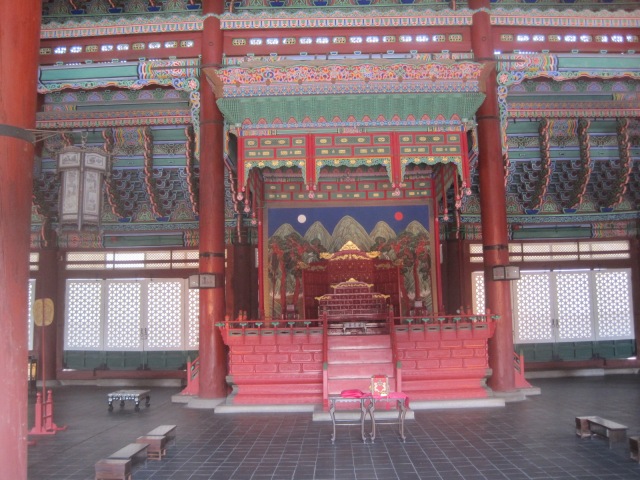 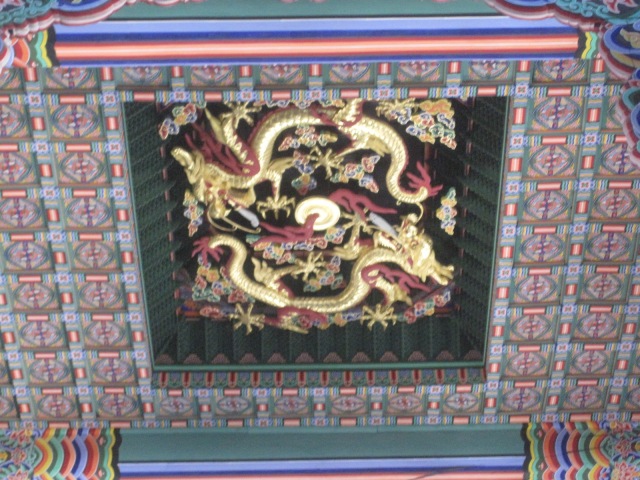 It’s not hard to imagine what life was like during those times. Although Geunjoengjoen has been completely reconstructed, the feeling of power and prestige remain present in the king’s room and this pride is an underlying sentiment that surrounds the palace. The throne itself is a marvel. The epicenter of the room, the throne is carved from wood, with gold trimming and demands your full attention. You can feel the heart and soul of the Joseon Dynasty illuminate in the room. As a foreigner, I don’t think I can truly appreciate Geunjoengjeon and what it represents to the Korean people, but I can tell you that something begins to grow in your heart, a feeling of love, pride and admiration for the Koreans and their history.

Sajeongjeon: It’s Time To Get Down To Business

Sajeongjeon is where the king held his daily meetings to delegate orders and assignments for his officials. Sajeongjeon means, “the hall where the king would think deeply before deciding what is right or wrong.” Basically, the king would meditate on various matters before reaching a decision. King Sejong was revered for never missing a meeting during his reign, often getting up at 3am to conduct counsel. 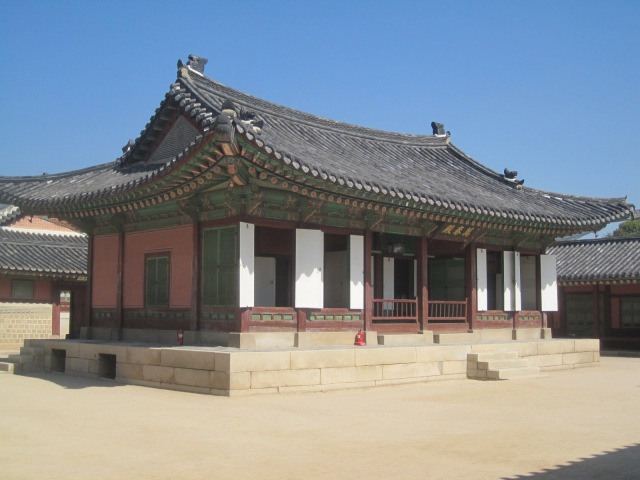 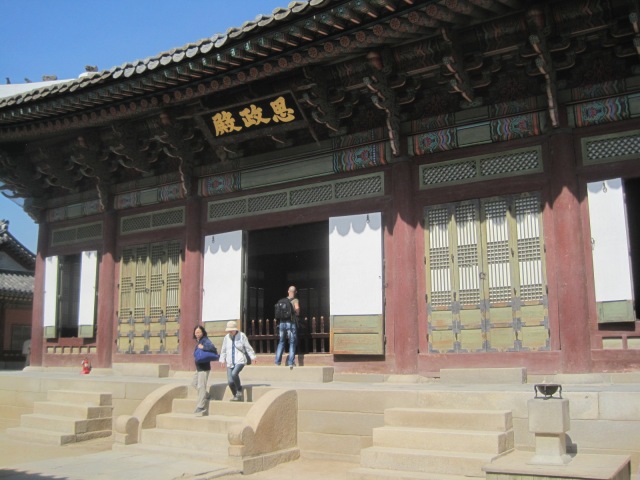 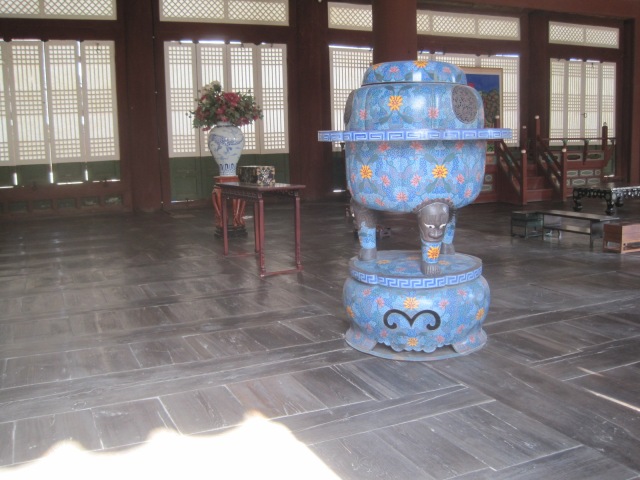 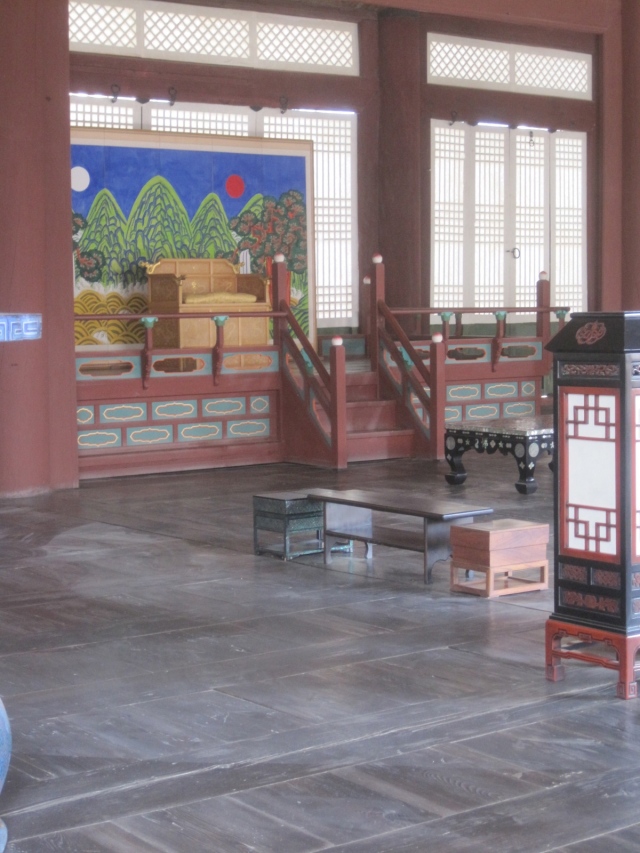 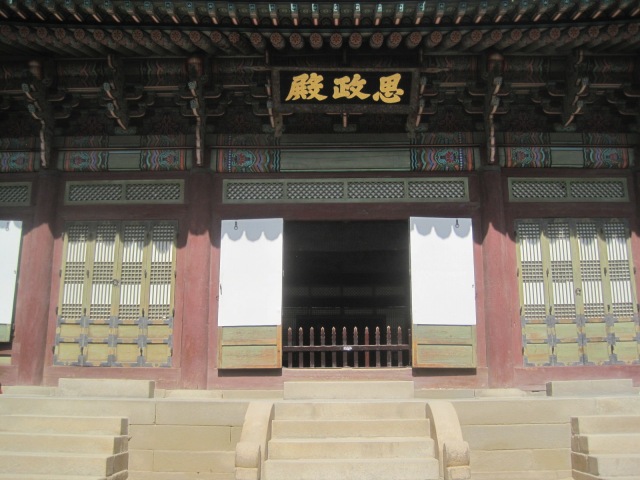 Sajeongjeon is the central building in the vicinity. On each side are the Manchujeon and Cheonchujeon buildings. Both buildings used to be connected to Sajeongjeon by long corridors, but both were corridors were dismantled during the Japanese occupation. Manchujeon was destroyed during the Korean War, but was rebuilt in 1988. In front of Sajeongjeon and Cheonchujeon are small, private storage areas called Naetanggo where the king and the royal family kept personal belongings. 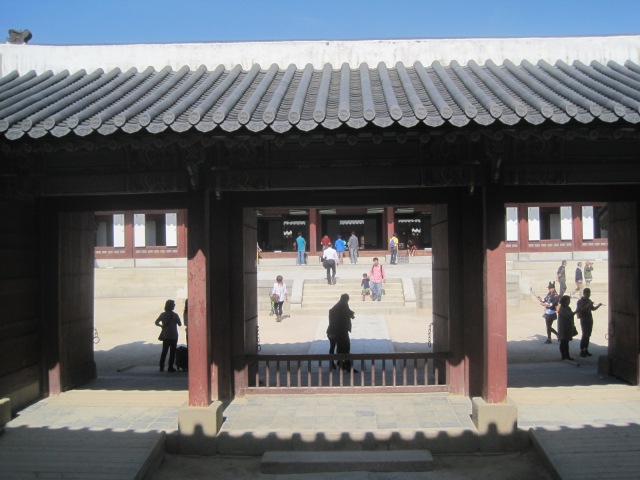 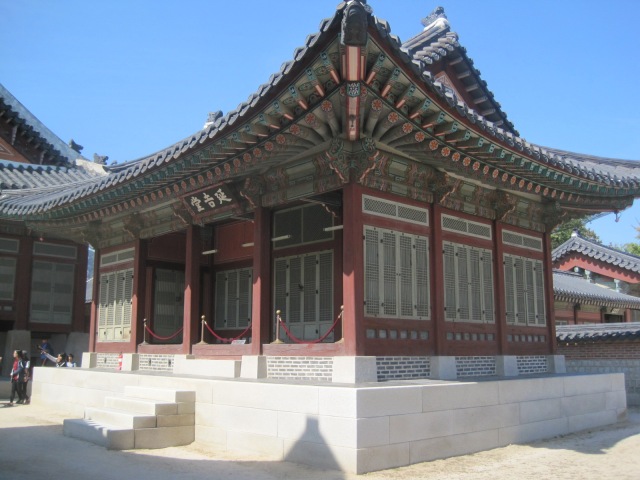 The center room was reserved solely for the king, and the court ladies would stay the night in the rooms surrounding the king’s sleeping quarters. Directly behind Gangnyeongjeon is Gyotaejeon, which was the queen’s main residence. From Gyotaejeon, the queen would delegate daily household chores and upkeep. 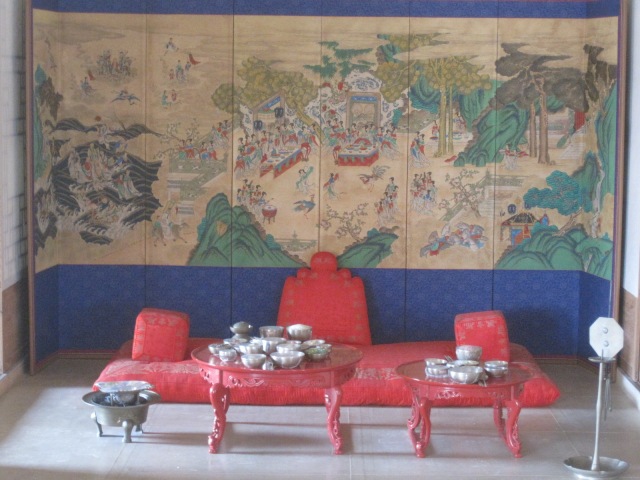 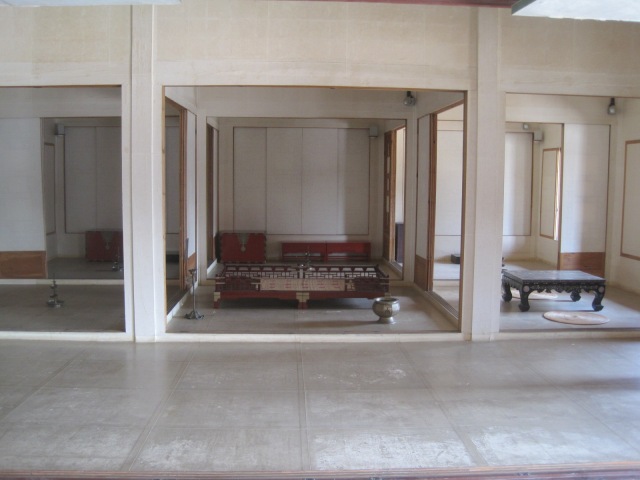 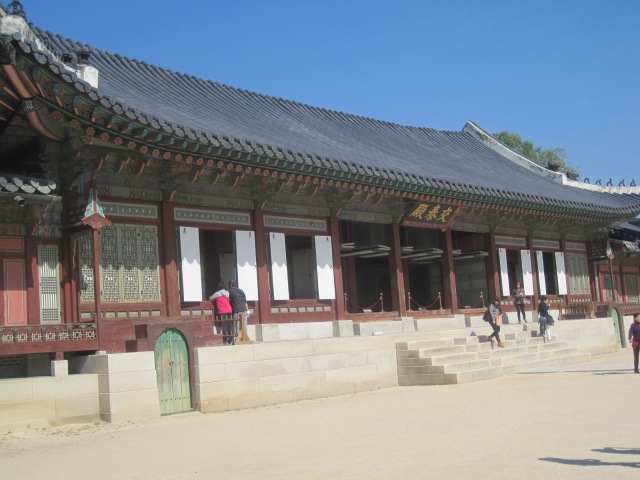 ← Gyeongbokgung Palace Part 1: A History and Gwanghwamun Gate
Butterfinger at Apgujeong Rodeo – Best of the Brunch →