Patriots vs Seahawks: It’s a Super Sunday in Seoul

Super Bowl Sunday is basically an unofficial holiday in the United States and Canada, where one sits around, drinks and eats a copious amount of food whilst watching an overhyped game on the television. It normally starts with ten hours of pregame, which includes interviews from everyone on the team, including the water boy and the equipment managers (insert witty joke about Brady’s deflated balls here) Anyway, for us expats it’s an early morning rise to watch the game, normally followed by a replay at our favourite watering holes. Below is a list of establishments around Seoul that will be open for the game with various specials to fulfill your eating and drinking needs!

Itaewon: The epicentre of Super Bowl festivities will be in Itaewon. Most of the bars have their doors open and will be serving as the sun rises over the Land of the Morning Calm. Personally, as a nighthawk, I will probably just stay up all night. However, for those on normal schedules, set the alarms early.

Dillingers: Dillingers will be running an all-day breakfast for 11,000KRW when the doors open at 7:30am. Chicken buffalo tenders will be running for 8,000KRW, a basket of fries for 7,000KRW and Bloody Mary’s for 6,000KRW to get the day started off on the right foot. Burgers are at 11,000KRW and wings will go for 9,000KRW for those of us who are not ready to go to bed yet. For more information check out their Facebook page. 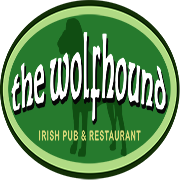 The Wolfhound: The Wolfhound will open their doors at 8:00am with kickoff scheduled at 8:30am. They will be offering a double Bloody Marys for 7,500KRW. You will need a couple of those to wash down the full Irish breakfast they are offering at 11,500KRW. Check out their Facebook page for more info.

Route 66: Route 66 is going to have the game on two giant big screens, a projector and the bar televisions when the doors open at 8am. Their breakfast plate will include four strips of bacon, two hash browns, eggs and toast for 10,000KRW. Applekorn will be on special for 4,000KRW and Sam Adams Winter Lager will be 6,000KRW. Also, the Bloody Mary Bar will be open with all the fixings for 7,500KRW for a double. Check out their Facebook page or Event page for more details.

Haebangchon (HBC) / Gyeongridan: Too tired to go up the hill? We don’t blame you. Luckily, there are several establishments in HBC and Gyeongridan that are showing the game.

Phillies: Phillies is providing a full English breakfast including bacon/sausage, eggs, beans, potatoes, toast and coffee for 12,000KRW. Wash that down with a nice Caesar or have some beer. There will also be wings for those who did not sleep. The game will be on three televisions upstairs for your viewing pleasure.  Check out their Facebook page for more info.

Upper Deck: One of the larger sports bars in the city, Upper Deck will be showing the game on their massive 8′ Big Screen HD TVs. Also, their five 50inch HD televisions will have the game in case the other two big screens aren’t good enough for you. A full American breakfast which includes scrambled eggs, home fries, toast, bacon, sausage and coffee (why?) for 13,000KRW. House doubles will go for 7,000KRW and the double Bloody Mary will be on special for 8,000KRW. Doors open at 7:00am with kickoff scheduled for 8:30am. Check out their Facebook page for more details.

Sinchon : Not in the Itaewon area? There are a few places outside of the epicentres that are showing the big game. Yaletown and Beer O’Clock will be showing the game on the westside.

Yaletown: Yaletown’s Super Bowl party starts at 8:00am. They will be serving an American-style breakfast with bacon, eggs, hash browns and toast for 10,000KRW. The bar will be in full swing for all the early morning drinkers. Check their Facebook page for more information. 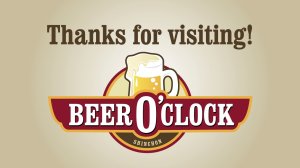 Beer O’Clock: So you don’t want to get out early, but you don’t want to avoid social media platforms all day because of spoilers? Beer O’Clock is showing the game at 9:45am. There won’t be any food served, but you can bring your own. They are showing a replay at 6:30pm which will include hot dog specials. A game? Sure! There will be a mystery square board game for prizes at the end of each quarter. Sounds mysterious.. Check their Facebook page if you want more info.

Nowon: Ahh the northern part of Seoul, or what I like to call home. Since I’m not going to haul ass down to Itaewon, I’ll be sticking close to home to watch the game. My local watering hole has it covered. 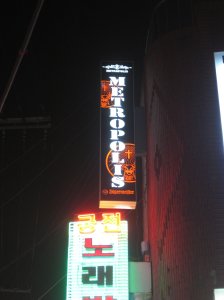 Metropolis: Andy and Jiwoo will be firing up the kitchen early to feed our tired and freezing asses. An American-style breakfast is on tap with bacon, eggs, toast, hash browns, and coffee for 10,000KRW. Rum, gin and vodka doubles are 7,000KRW which is 2,000KRW cheaper than usual. I’ll be there swearing at the television with my fellow football fans. If you can beat PK at darts, I will gladly by you a drink! Cheers! Check their Facebook page for details.

DerekVsLP World Famous Super Bowl Prediction: Throw some money down in Vegas baby because I got the winners. This is Brady’s last hurrah and everyone knows it. The dorky little pipsqueak from the University of Michigan (boo) will get his one last Super Bowl before retiring on some island with Gisele. That said, I think the Seahawks D will keep this closer than people think. Personally, this is painful  Super Bowl to watch (as a Niners fan and as Toronto native) because both cities’ sports teams drive me mental. However, as an adopted Bostonian, I have a little more love for the Patriots than my hated division rivals. So, my heart and my head says New England 24 Seattle 21 with a last second field goal deciding the game. Go Pats!

← Pizza Peel: Peel Me a Party in Itaewon
Bulldogs in Itaewon – God Save the Queen! (we mean it man) →