It’s a great Friday afternoon and I hope you are out there enjoy some nice weather, and after this post, hopefully a little southern BBQ as well. Manimal is the new kid on the block in the southern BBQ wars, which for now, has been complete domination by Linus BBQ. Well, now there is a little competition on the block, and although, I’m personally hesitant to name a winner, the competition is going to be worth watching for years to come.

Manimal is featured in Itaewon Eats 2015! Download it for info on other great Itaewon establishments!

How to get there: Manimal is pretty easy to find until you actually get to the restaurant. First, take the subway to Itaewon station and depart from Exit 1. You will walk about 500 meters to the end of the main strip until you see a divide in the road. Go up the road that veers right with the trophy and cowboy boot store on it. You will pass a lemonade restaurant as well. Manimal is on your right on the second floor. How to get in? There is a side entrance beside Modest Pub that has some narrow stairs leading up to Manimal. A word of caution: don’t have too many drinks because going down could cause ummm death.

Service and Atmosphere: Located on the second floor of one of the busiest side streets in Itaewon, Manimal is an idea place for people watching if you can grab a stool by the window. And since all the tables were booked up, that’s exactly what we did. A dark interior, with wood panels, dim lighting and an open kitchen, Manimal has that Texas smokehouse atmosphere. A simple, rustic decor usually means that the food will do the talking. Service was quick and friendly. We ordered during peak hours and food was delivered in a prompt fashion. 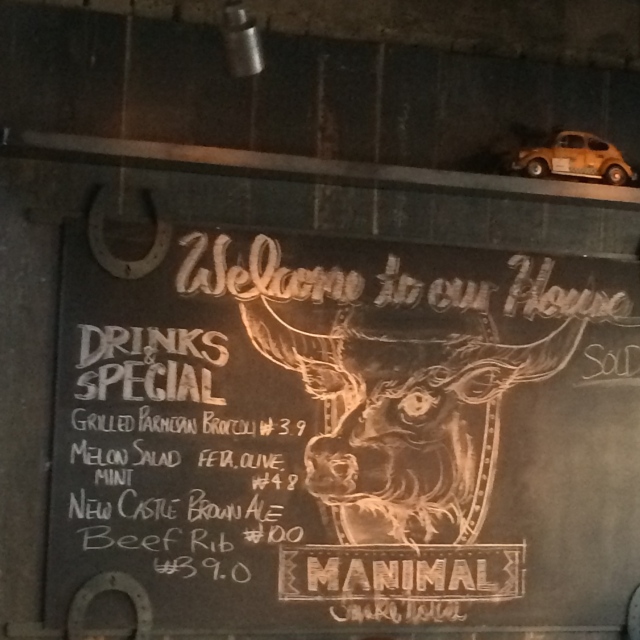 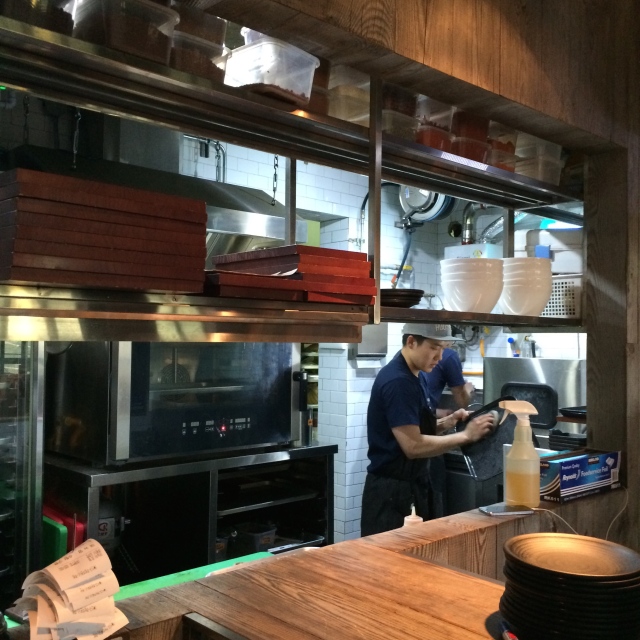 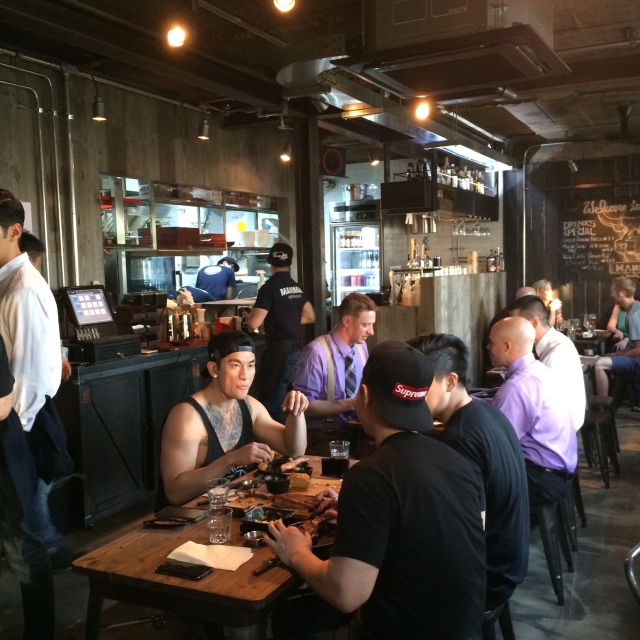 Bring Me One of Everything!!

Three big appetites! We are not messing around today. The menu is basic, so we decided to order everything off the menu that did not have the word “salad or slaw” in it. If there was a hint of a legume, it was discarded. Because, you know, you don’t make friends with salad. Instead we ordered Bacon Braised Beans, Green Chile Mac and Cheese, Cheddar Cornbread for sides and the Brisket, Pulled Pork, Quarter rack of Spare Ribs and BBQ Chicken for the mains. Feasting is so much fun.

Bacon Braised Beans (5,500KRW): The Bacon Braised Beans came out first. First impressions? It was a visually stunning dish with the colours of the parsley, beans and tomatoes blending together harmoniously. The sauce was a little runny, but there were huge chunks of bacon that made up for that. However, MT thought there would be a little more flavour with the bacon and that it was stand out. Still, I would personally order it again. 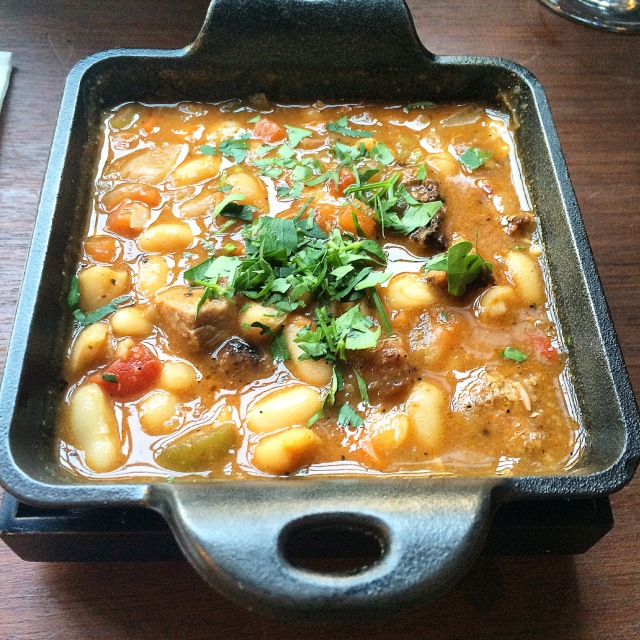 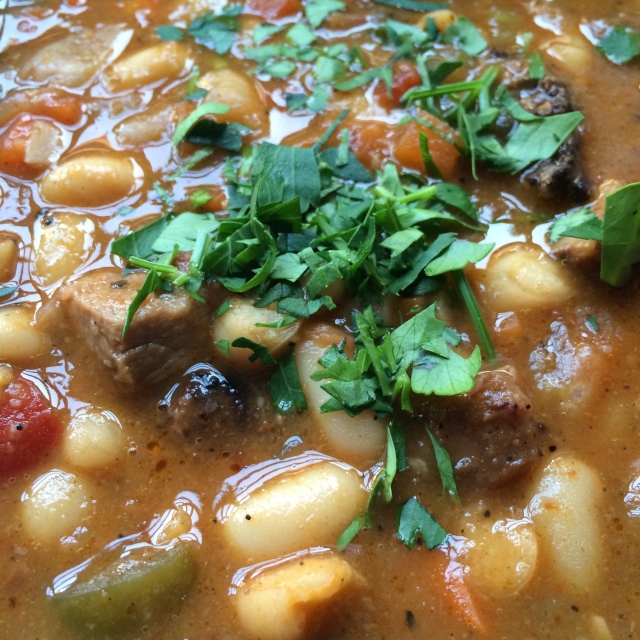 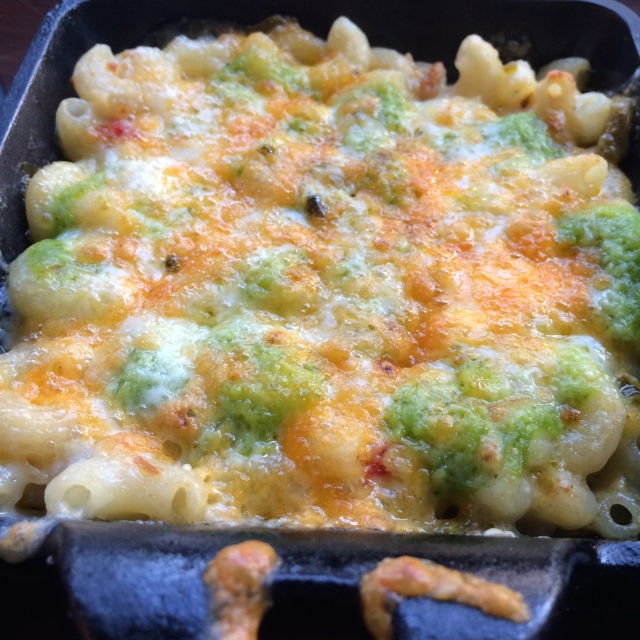 Cheddar Cornbread (3,000X3): Loves me some cornbread! Some of the other cornbread I’ve had in Korea, has been dainty. There just isn’t much substance to it and the portions are minimal. However, the cornbread at Manimal was quite filling. I found the bread to be moist enough with a touch of sweetness. However, MT thought the cornbread with a little dry. A physical altercation ensued shortly after. 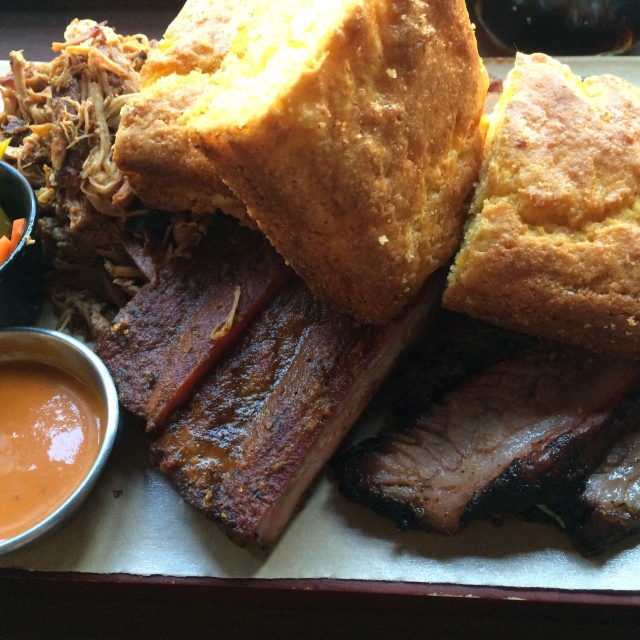 Meat, meat, meat: We ordered four mains from dead things: pulled pork, brisket, BBQ chicken and pork spare rib. In short, they were all good, but the flavour was lacking in the brisket and our chicken came out lukewarm. Details to follow.

Brisket (16,900KRW): So I had heard really good things about the brisket and maybe the bar was set a little too high, but I found the brisket to be underwhelming. First, the flavour on the crust just wasn’t there, and on top of that, we were served a huge chunk of fatty brisket. Now, with that said, the part of the brisket which was actually meat was tender and smokey.

Pulled Pork (15,300KRW): My favourite dish of the night! The pulled pork simply was amazing. The one thing that stood out was how tender and flavourful the meat actually was. The pork was sweet overall, but there was a perfect hint of spicy. I took a forkful and topped it with their tangy sauce and tasted BBQ heaven. This is the best pulled pork in the city. Well played Manimal. Well fucking played. 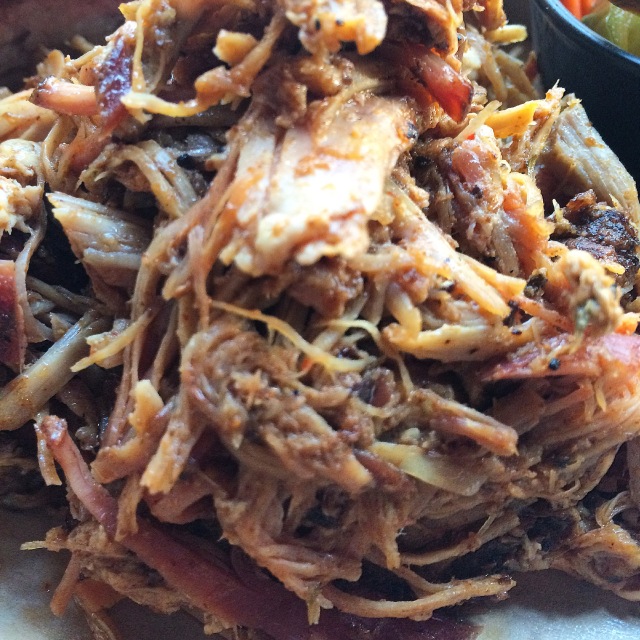 BBQ Chicken (14,000KRW): I was eyeing this like the hawk when I saw it on the menu. Manimal is the only place in Seoul, that I know of, that does smoked BBQ chicken. The chicken was excellent! The hint of citrus from the lemon marinade was refreshing, and complimented the smoky flavour of the wood and the BBQ sauce. My only beef was that it came out lukewarm, actually a little cool. I’ll let it slide because the flavour was above expectation. 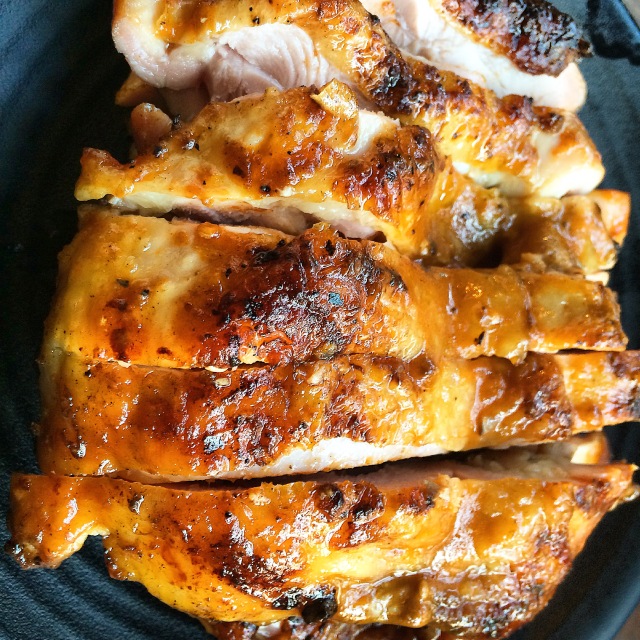 Quarter Rack of Pork Spare Ribs (15,000KRW): The pork spare ribs were the most intriguing dish of the night. I was looking forward to see how they compared with Linus’ spare ribs. Ironically, there isn’t really much of a comparison as each has their own unique flavour. I found the spare rib rub to be quite flavourful with various spices working together. Although they caramelize the BBQ sauce, I didn’t really taste much sweetness to it. That said, JP and MT said they could taste the sweetness, so maybe my palate was taking the night off. Regardless, the pork ribs were great and for three people a quarter rack was sufficient.

Value: The whole bill came out to approximately 96,000KRW for three people including drinks. The meat baby sauntered into my stomach for hours bathing in beer later that night. Enough with that image. The value is definitely there, especially if you are looking to fill up. That said, there are still some kinks to work out.

And the Champion is???: Can we declare a champion of southern BBQ supremacy? Not yet, maybe not ever. Linus and Manimal are both unique in their atmospheres and styles which in the long term will compliment each other rather than compete with each.

Who Should Visit Manimal: Southern BBQ lovers looking for a change from Linus and have an affinity for BBQ chicken. Also, people looking for a hipper vibe might find Manimal more appealing.

Who Should Avoid Manimal: If you have vertigo, those steps might end your time here before the cholesterol from the smoked pork products. Also, spacing was a little tight, if you have a big party, I would suggest making a reservation in advance. 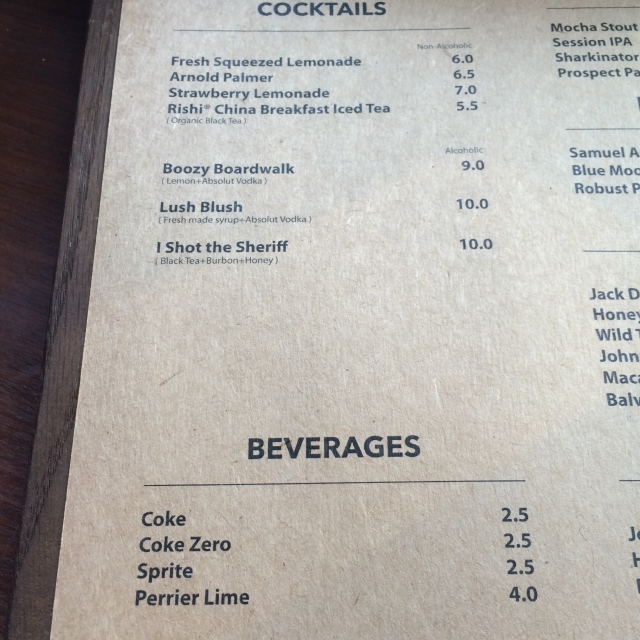 ← The Cheonggyecheon – A Day and Night Pictorial
Itaewon Eats 2015 – 50 Restaurants profiled, Interviews with the top Itaewon Chefs/Owners and More! →