It’s been awhile my friends. Between changing diapers, getting vomit projected onto my face and various other bodily functions that have directly (or indirectly) kept me locked in my apartment in a hermit-like state, I have finally broken free of the shackles for one night in Itaewon. So I decided to check out one of the newest restaurants on the border between Gyeongridan and Itaewon, which rose to fame in Sinsa, the great Gilbert Burger! Was it worth the visit of my rare night out? Eh.. Kind of! 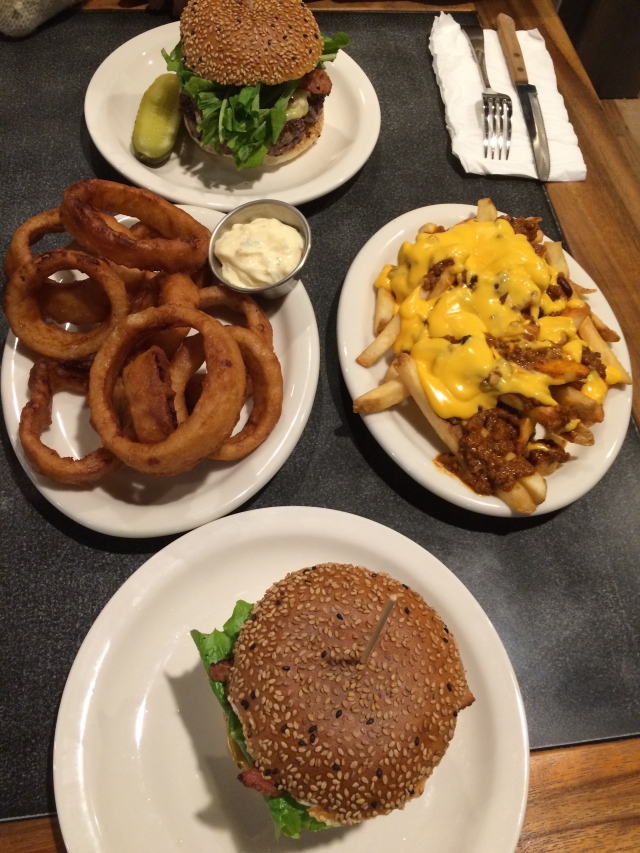 How to get there: The easiest way to get to Gilbert Burger is to take the subway to Itaewon Station and depart from Exit 1. Walk straight for about 500 meters, passing What the Book, the KFC and various other Itaewon treasures. When you get the split in the road, you want to steer right up the hill. Once you see the GS25, make a right up the side street. You will see Gilbert Burger on your right. 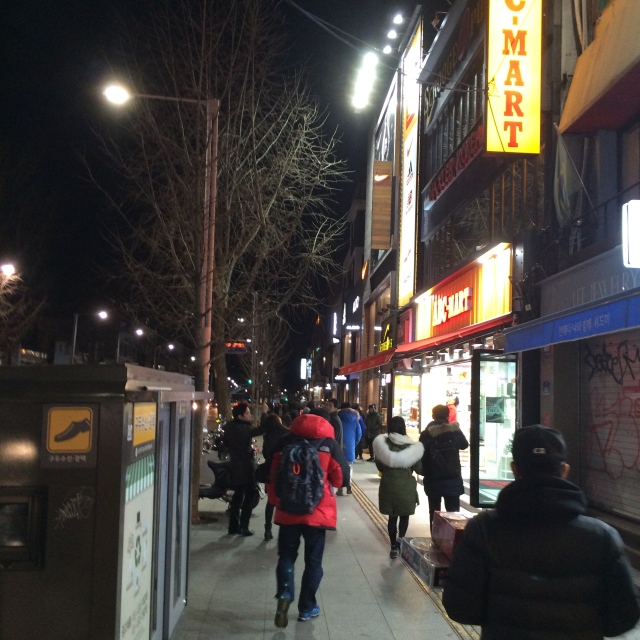 Service and Atmosphere: With simple wooden tables and chairs, Gilbert Burger is about as rustic as it gets. The open kitchen is connected to the dining room, thus the aromas of grilled cow flesh is a lingering presence. For a carnivore such as myself, I wish CK would develop a fragrance after it. Service was solid. Our order came out quickly with no mistakes and the guy wasn’t a dick. Hash tag: thumbs up. 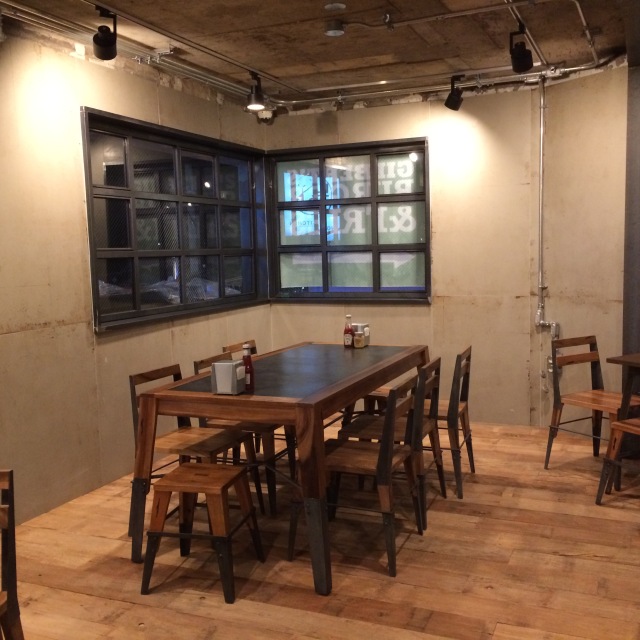 Onion Rings (8,000KRW): According to the menu, the onion rings are 5/8 beer battered! Well, you had me fooled Gilbert. Overall, they were pretty good. Han and I both felt that they were a little oily for our liking, but with that said, we packed away the whole plate. It was pretty standard fare, which is not necessarily a bad thing.

Chili Cheese Fries (11,000KRW): The Chili Cheese Fries were far better than the onion rings! The fries were golden brown topped high with chili and cheese. As for flavor, the chili has the perfect amount of spice to it for me. Honestly, I would go back for the cheese fries again in whatever heartbeats I have remaining. 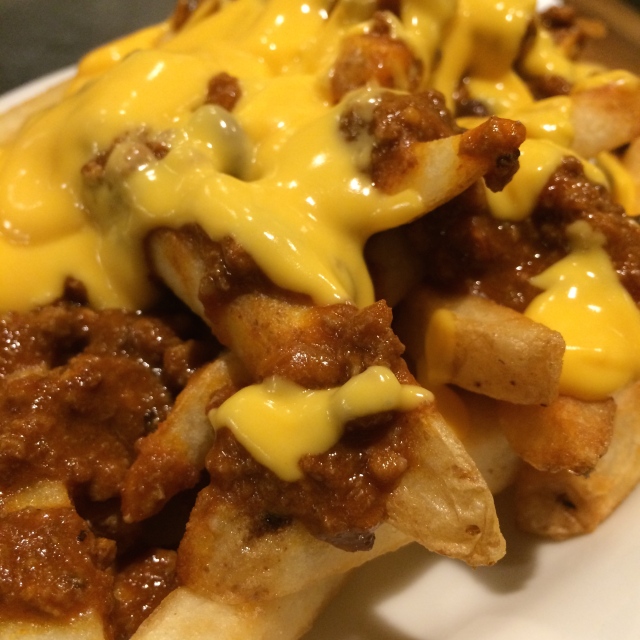 Mr. President Burger (12,500KRW): So Han originally jumped the gun and ordered the Mr. President Burger, but she must have seen the exact moment when my heart broke as per Ralph Wiggum, and let me have it. Thanks Han! First, the presentation of the burger was immaculate. You know how the burger never looks like the picture? In this case, it looks like the damn picture. All the toppings were stacked neatly and when I cut into the burger, it (gasped) stayed together like a well-built skyscraper. Aesthetics aside, it was a solid burger with a lot of flavor. The horseradish-mustard-mayo sauce gave the burger a nice little kick and complimented the saltiness of the bacon and patty. The bacon was a little dry for my taste, and the meat fell apart, but overall it was a solid burger. I would give it another try if I were in the neighborhood. 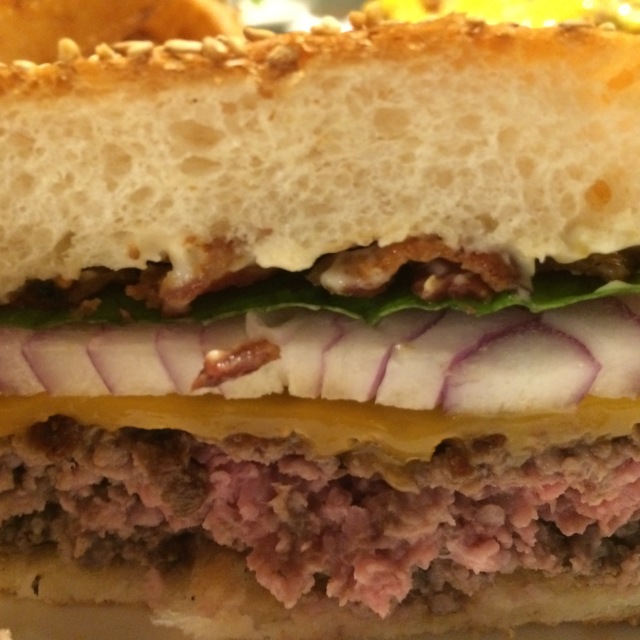 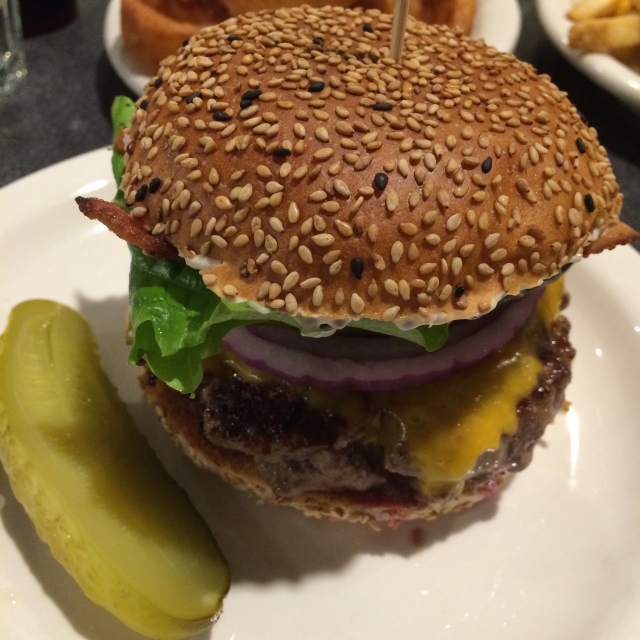 The Rocket (14,000KRW): Initially Derek wanted The Rocket and I opted for the Mr. President. But as soon as I saw blue cheese in The Rocket’s list of ingredients however, I immediately turned into a green monster and stole the option from him.

My first impression of the burger was how neat it looked. I could see each and every ingredient put on top of each other, which was sort of pleasing to the eye. The buns looked fluffy. The green visibly popped out too, which gave a false sense of healthiness.

On to the flavor, I thought the burger was a nice balance of components. As I devoured, what stood out the most to me was the patty, which was seasoned decently and had a mildly smoky aroma. The caramelized onions were soaked with spices, hence sweet and juicy. Disappointingly, the blue cheese that I was looking forward to was very underwhelming. I was equal parts hoping and expecting the cheese would come in small fresh cubes, but what I had instead was a melted sheen of what could hardly resemble the heavenly piece of blue mold I’ve come to love. Flavor wise, I couldn’t detect the saltiness nor the distinctive smell that solely belongs to blue cheese.

Overall the burger was satisfying, but perhaps a bit too much so since I had a hard time downing the last one third of the burger. 7oz might have been too big a portion for me considering the extra side dishes we ordered. So if you plan to keep your diet in check, go for the 5oz option. 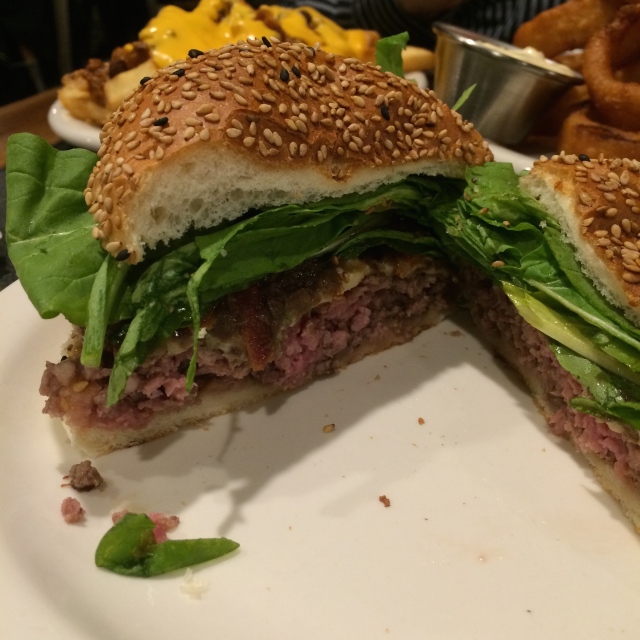 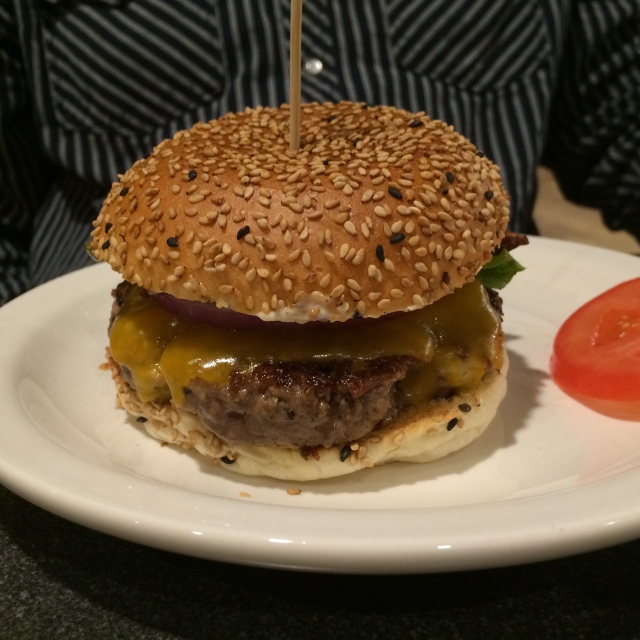 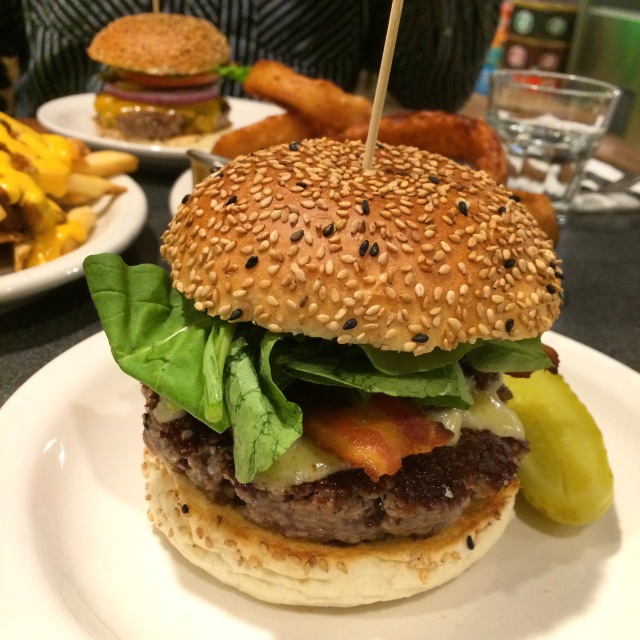 Monkey Business Milkshake (8,000KRW): Two sides, a 7oz burger, fuck it, let’s get a shake on top of that. It was a long week and I was dying for something sweet anyway. The Monkey Business shake was probably the best shake I have had in Korea. Who would have thought bananas and peanut butter would go so well together? It sure damn does! Honestly, with the vanilla ice cream, peanut butter and bananas were absolutely amazing. A true taste of Americana!

Overall: The whole bill came out to approximately 60,000KRW. All things considered, the price is pretty standard for Itaewon and the quality was there. Does it stand out from the pack though? Not really. But with that said, it’s a young restaurant with plenty of potential. Gilbert Burger is worth watching this coming year and beyond.

Who Should Go To Gilbert Burger: One of the better burger places in Itaewon! The milkshakes are easily the best in Itaewon, probably Seoul.

Who Should Avoid Gilbert Burger: If you are lactose intolerant, that milkshake is going to put you in the old porcelain Johnny for a couple of hours. Also, this might not be the best place for a budget traveler. Mickey D’s right across the street… but not nearly as good. Just sayin’.