If you ever ask the question: Should I eat pizza after a full meal? And answered yes. Congrats! You are well on your way to becoming a food blogger. After consuming half of the ocean at Little Baja, RN and I decided to walk up the small hill leading into Itaewon from Gyeongridan and grab a couple of pies for the second half of the double header.

How to get there: The easiest way to get to Gino’s New York Pizza is to take the subway to Itaewon Station and depart from Exit 1. Walk about 500 meters pass What the Book and the KFC on the main strip. When you see a break in the road, follow the small hill on your right. You will pass the cowboy boot store (yeehaw), GS25 and Coreanos. Gino’s New York Pizza is on your left up on the second floor. 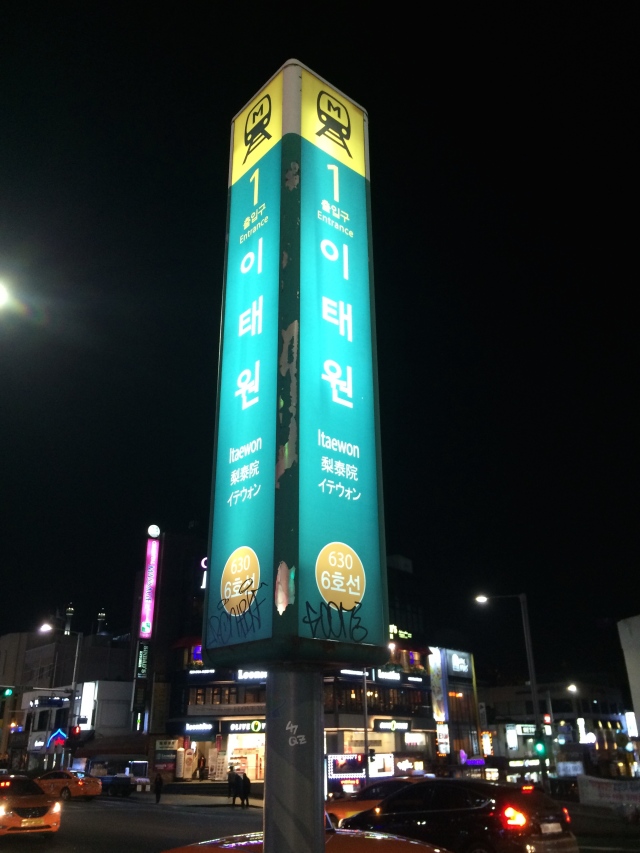 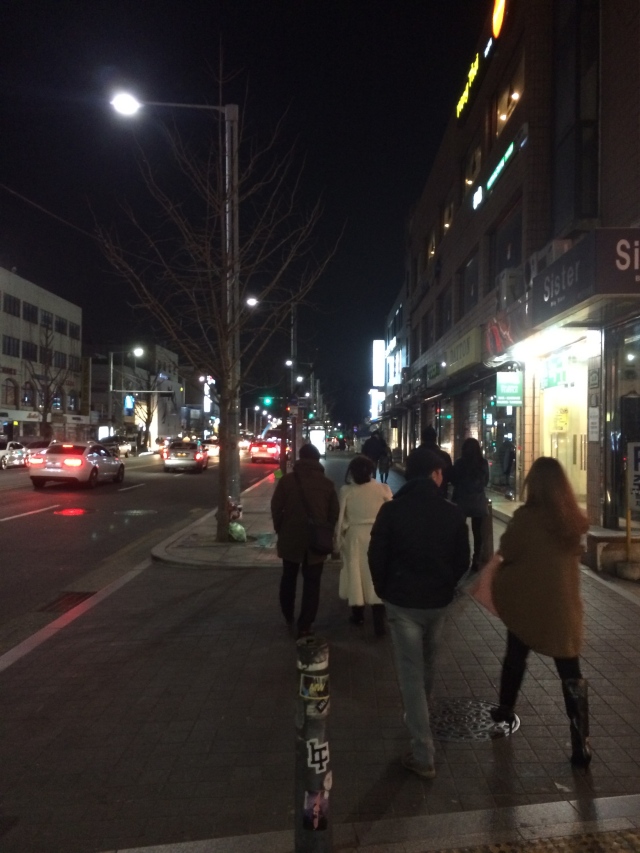 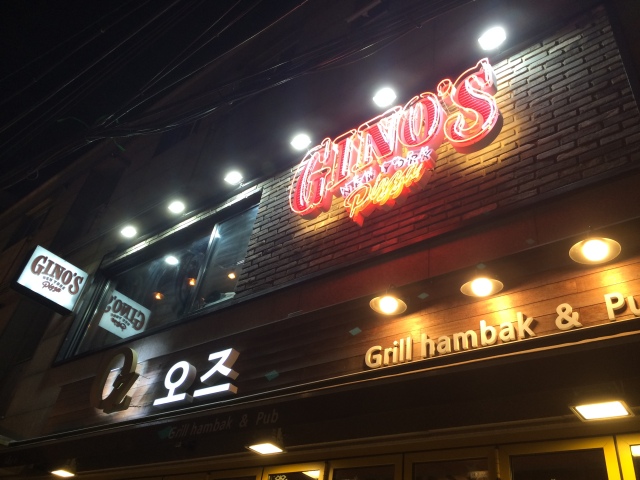 Service and Atmosphere: The first thing we noticed walking into Gino’s was the spacious layout and the great view overlooking Itaewon’s main strip. The bar is in the centre of the restaurant with about 20 – 25 tables around it. A great area of socializing when the restaurant is full. New York inspired decor hangs from the walls as expected. Service was topnotch. Our food was served in a timely manner and the staff was incredibly friendly. A+ guys! 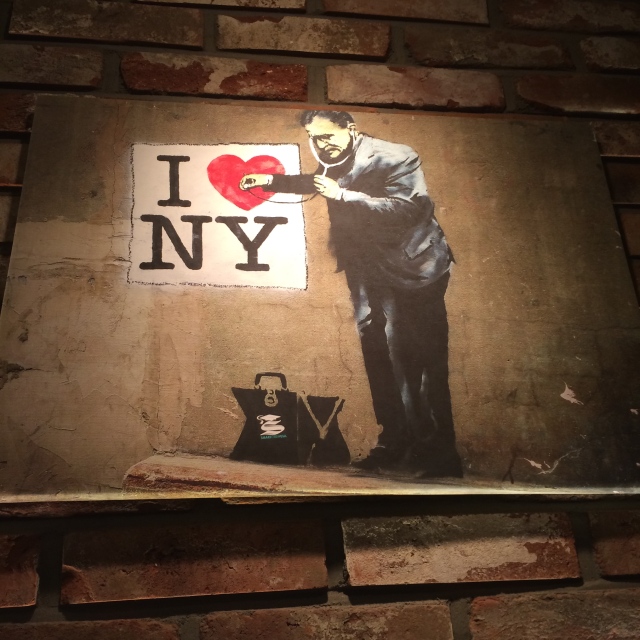 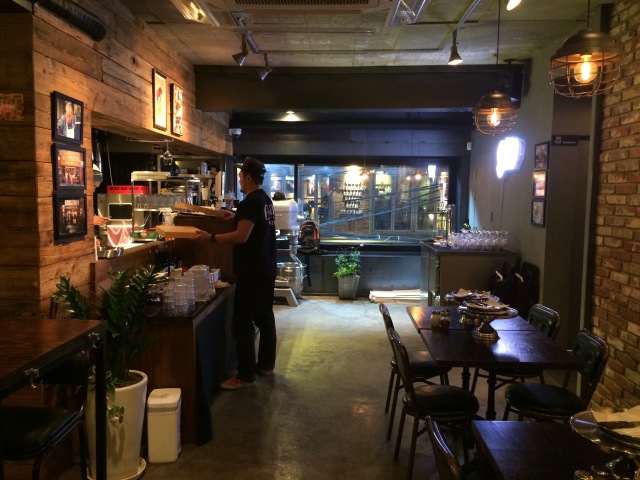 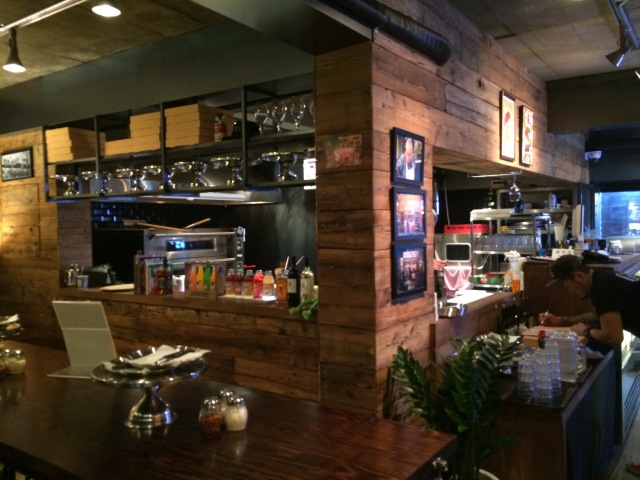 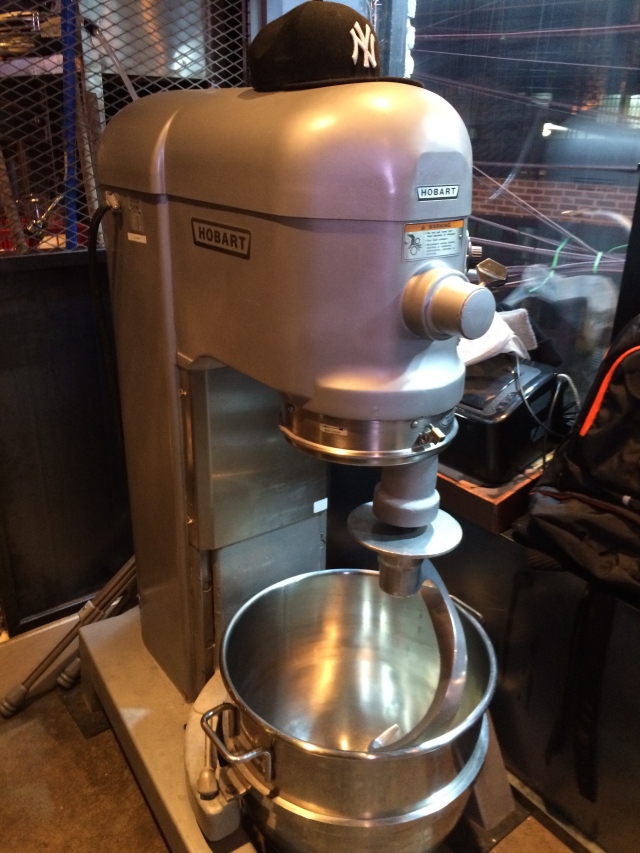 Food and Drink: Gino’s is still in a “soft opening” phase, so the menu isn’t finalized just yet. The owner let us in a few tweeks that are upcoming including adding garlic knots as an appetizer. Their finalized menu will be released at the end of the month. I’m very excited to go back and see the final product. Now to more pressing business. Today we ordered a “The Butcher” and the “Nellie Pie”. RN decided he wanted to relive his childhood, so he ordered a giant root beer float.

The Butcher (24,000KRW(R)/37,000KRW(L): MEAT!!! I wasn’t messing around today. I just wanted a plain, ordinary meat-lovers pizza and that’s what I got.. kinda. First, let’s discuss the positives. The crust was baked to absolute fucking perfection! I mean, it was so light and crispy, it could have floated on a cloud up to pizza heaven. The sauce and cheese ratio was well balanced with little to no grease. Love it. Now, when ordering something called “The Butcher” I was expecting a little more, well dead animals on my pizza. The actual meat part was a little lacking and they could use to fill it out more. That said, I am not going to hold it against them, and plan to go back again to give it another chance.

Nellie Pie (26,000KRW(R)/37,000KRW(L): I had my eye on Nellie the second I glanced at the menu. Thankfully, RN did too, so we got to have our pie and eat it too. The Nellie was unique. It touched on a variety of different flavors. The fig jam gives it a little sweetness which balances out the saltiness of the prosciutto. The pizza is topped with fresh arugula and has a little hit of spice with fresh ground pepper. A unique and tasty pizza. 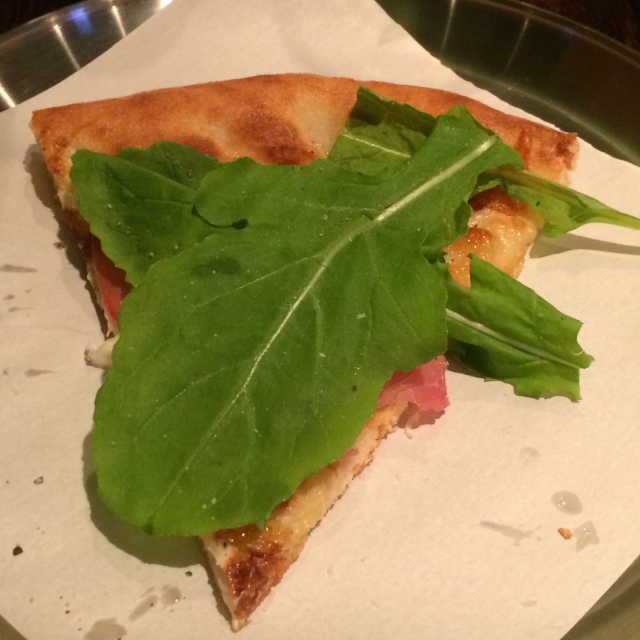 Root Beer Float (5,000KRW): A big ole mug of ice cream and root beer after pizza? RN can handle that. He said that the float reminded him of a simpler time. To revisit those moments of your life, he would highly recommend the float, or if you enjoy being a big boy and girl, add alcohol to the float and cause some calamity. 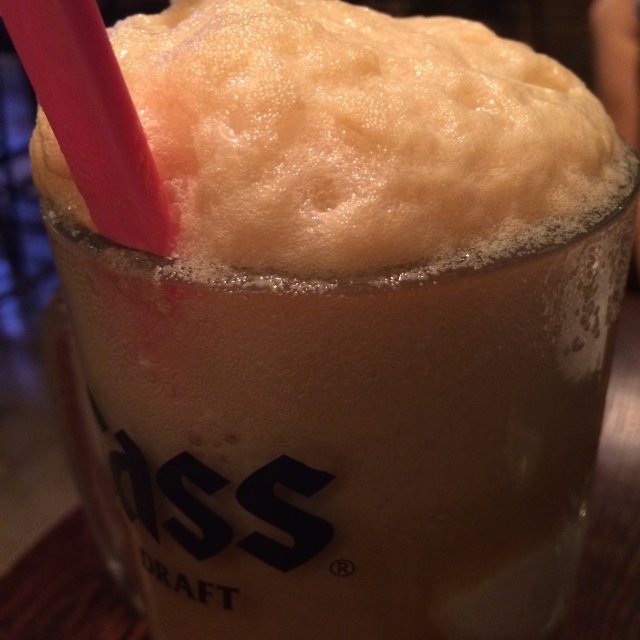 It’s the Little Things: Sometimes what sets a restaurant apart from one another are just the little nuances. Maybe its the friendliness of a server or a little freebie here and there. So when I opened up the box the next day for my lunch, I was pleasantly surprised to see a sketch of my favourite TV mom. Well played Ginos!

Value: Overall the bill came to approximately 55,000KRW. Since I enjoyed both pies, I consider it money well spent.  I don’t think I would go back there regularly because 55,000KRW is tight on a two kid, family budget. But with that said, the quality was there, and I am excited to see what they have in store in the next couple of weeks when they release their final menu.

Who Should Visit Gino’s New York Pizza: People looking for a great, spacious atmosphere with a nice view of the main strip while enjoying some tasty New York style pizza.

Who Should Avoid Gino’s New York Pizza: If you can’t afford to shell out 17,000 – 27,000KRW for a regular pizza. Maddux Pizza in Itaewon sells them by the slice. 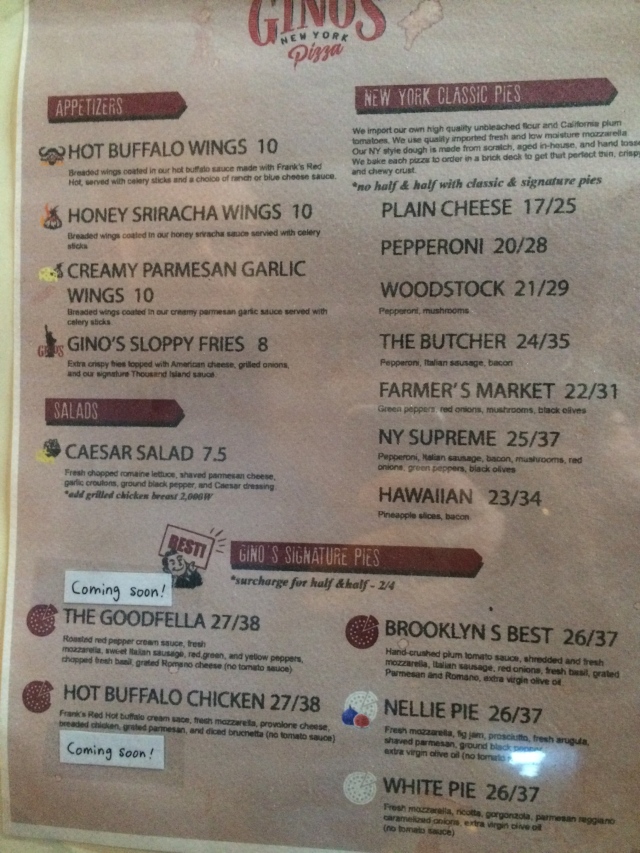 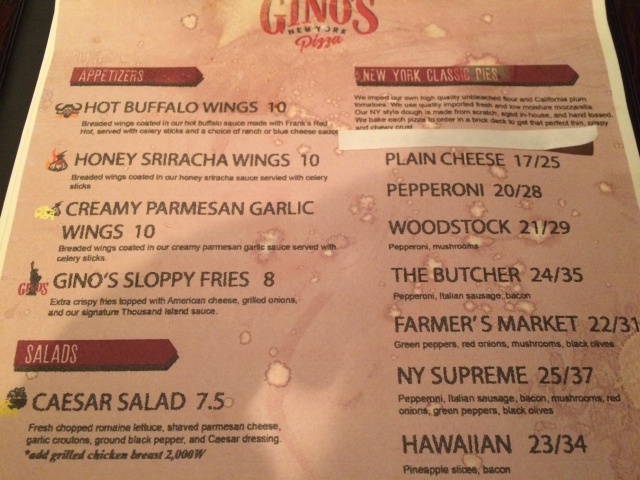