Let’s get this review out of the way. As you can probably tell by the title, Canucks in Itaewon didn’t quite meet my expectations. So let’s make this as quick and as painless as possible. 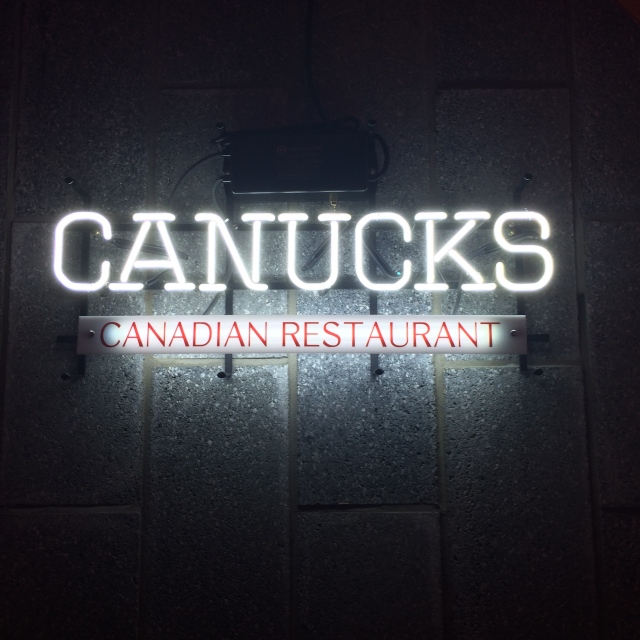 What’s in a name?: So when I first walked by Canucks back in February, it was called “Maple House”. When I saw that they changed their name to Canucks, I shook my head and muttered, “What in the serious fuck.” I could just picture them in a meeting room, after a dozen bottles of soju mixed with Molsons, fresh out of ideas,  they just threw their hands in the air and said, “Fuck it, let’s call it Canucks”. Marketing genius.

How to get there: The easiest way to get there is to take the subway to Itaewon Station (Line 6) and depart from Exit 1. Walk straight for about 500 meters near the end of the main road. It’s on your right, second floor. Can’t miss it.

Atmosphere and Service: I honestly can’t complain about the service. The server was friendly and spoke great English. As a Canadian, I found the Canadana atmosphere to be a bit much. Did you ever see that episode of the Simpsons where they went to AmericaTown in Tokyo? It was a kind of like that.

Lots of hockey shit, including those old school Gatorade squeeze bottles to pour your water. Give me a fucking break. I will give them a little credit. They have a pretty awesome TV. Also, the view of the main strip is quite nice. However, it was reserved and we couldn’t get to it. With that said, we were there for an hour and no one showed up… Hum. 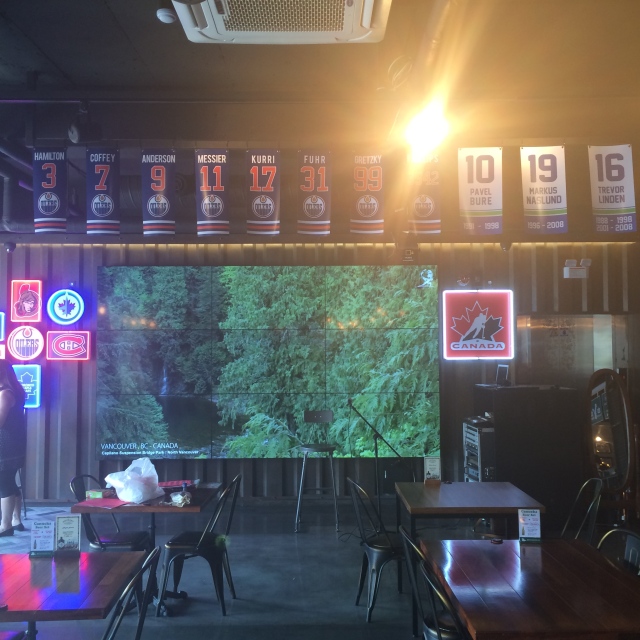 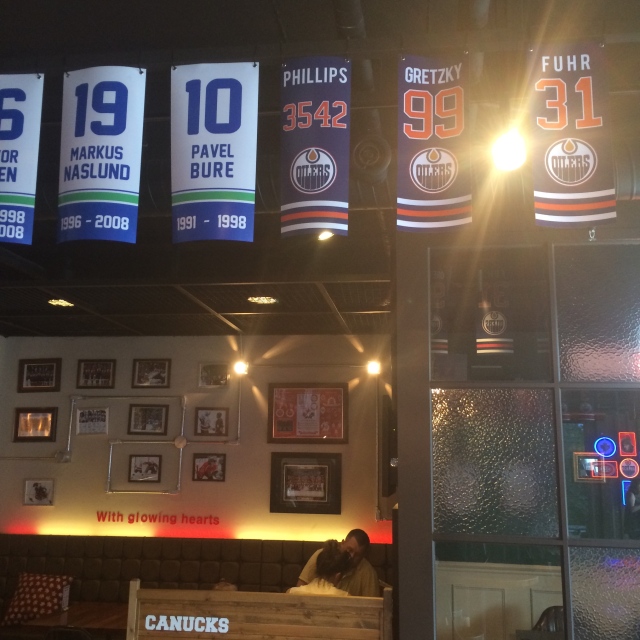 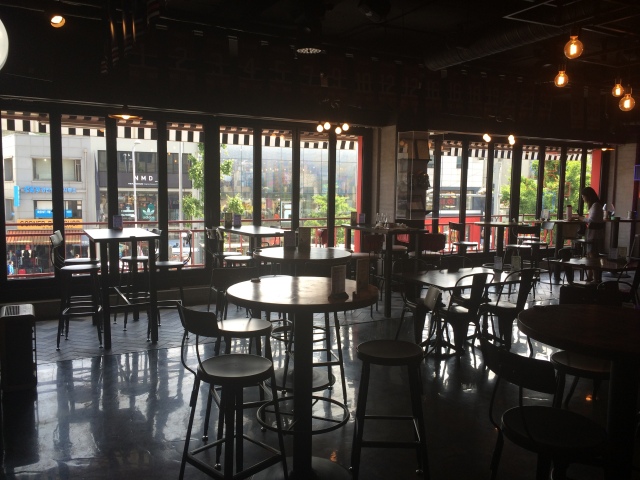 Food and Drink: Today we ordered St.Catherine’s Smoked Meat Poutine, The Road House Burger, the Meatball Sub and a couple of Cokes.

St.Catherines Smoked Meat Poutine (12,000KRW): If you are going to open a Canadian restaurant in Seoul, you really need to make some great poutine. Really good, authentic poutine isn’t that hard to pull off. A simple mixture of beef gravy, fries, and cheese curds can really equal a tasty treat. The problem arises when you try to complicate a simple meal. In this case, I thought they were overcompensating in an attempt to be different. Anyway, this poutine was off from the second I stuck my fork in it. The cheese curds were cold and wet. The smoked meat was more like beef jerky rather than traditional smoked meat. I was expecting something a little fresher. Instead what I got was a generic, rushed appetizer from my homeland. 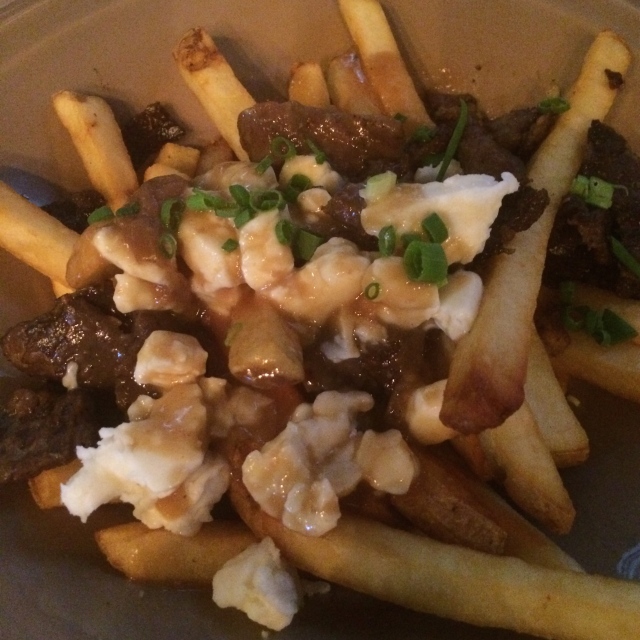 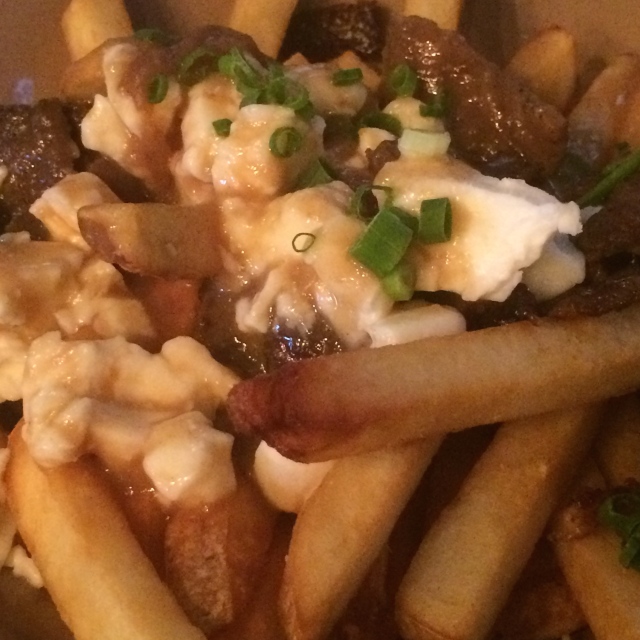 The Meatball Sub (12,000KRW): KME had the Meatball Sub. He enjoyed it. The meatballs were full with just enough sauce. The bun was fresh and the cheese was plentiful (I thought it was lacking, but this is his review). Lots of sauce for his liking and the fries were crispy and well seasoned. 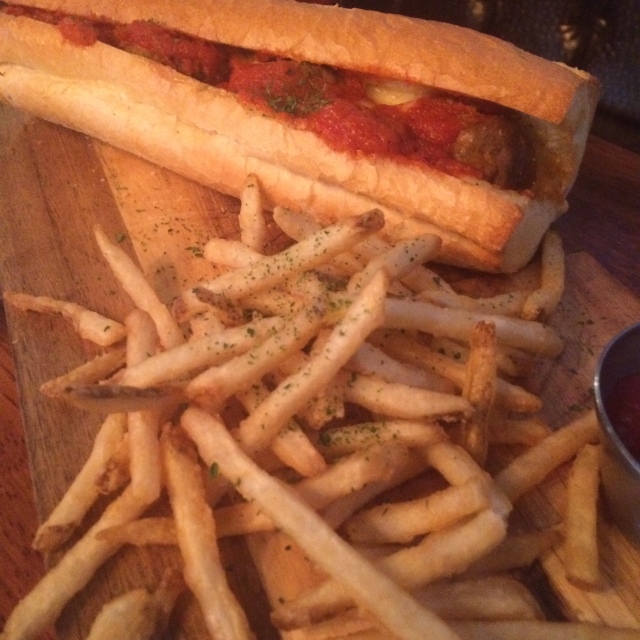 The Road House Burger (12,000KRW): Possibly named after one of the greatest 80s movies of all time, this burger was as mediocre as Jeff Healy’s singing in the movie. The bun was cold. Strike one. The bacon was really fatty. Strike two. And the fucking thing fell apart about halfway through consumption. “Strike three, you’re fucking out” – Kenny Powers. I would just avoid the burger and get the fries, which were surprising pretty good. Tip of the hat to the fry guy. 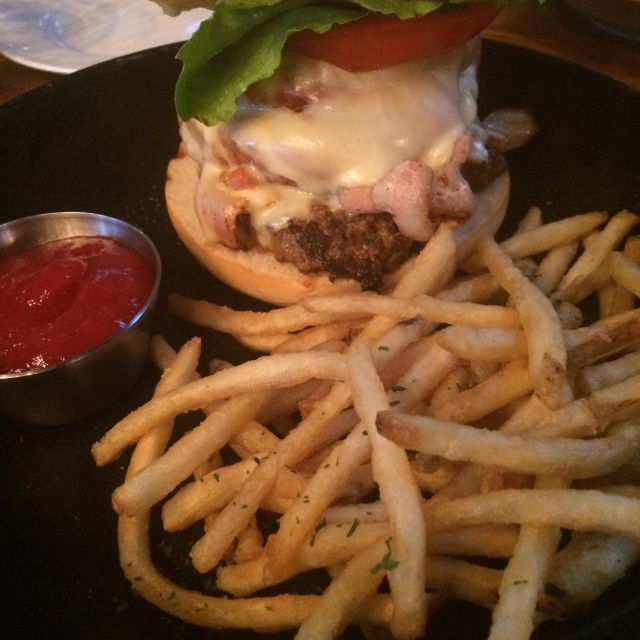 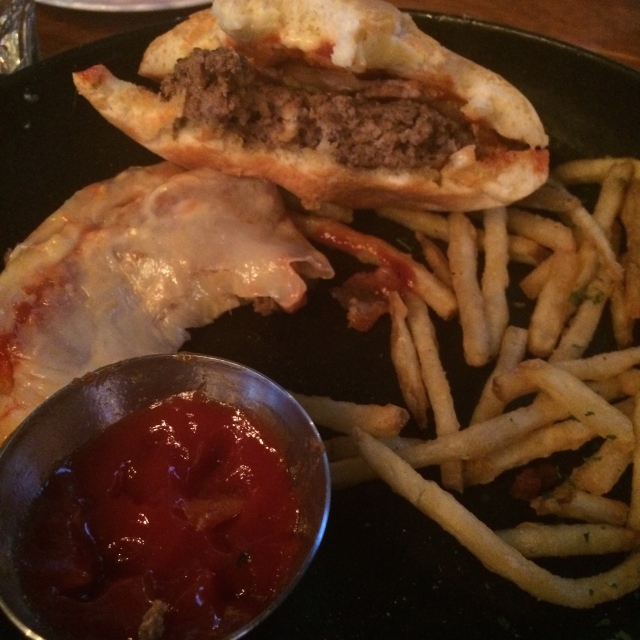 Value: The whole meal came to approximately 44,000KRW. If you are drunk as shit and you are watching the hockey game, this might be a good value. Otherwise, I would head elsewhere.

Take a Note: One final thought before I put this beast to bed. If you want to start a good restaurant, especially a theme restaurant, the trick is to be subtle with the content. A projectile vomit of red, white and hockey sticks around a big TV isn’t going to help your cause. Take a note from Rocky Mountain Tavern; a little subtle hint of Canadiana and a lively atmosphere can go a long way. Oh yeah, and some good poutine too.

Who Should Visit Canucks: Drunk people who want to watch hockey.

Who Should Avoid Canucks: Not a place I would want to go for some poutine right now. The food just wasn’t there for me. 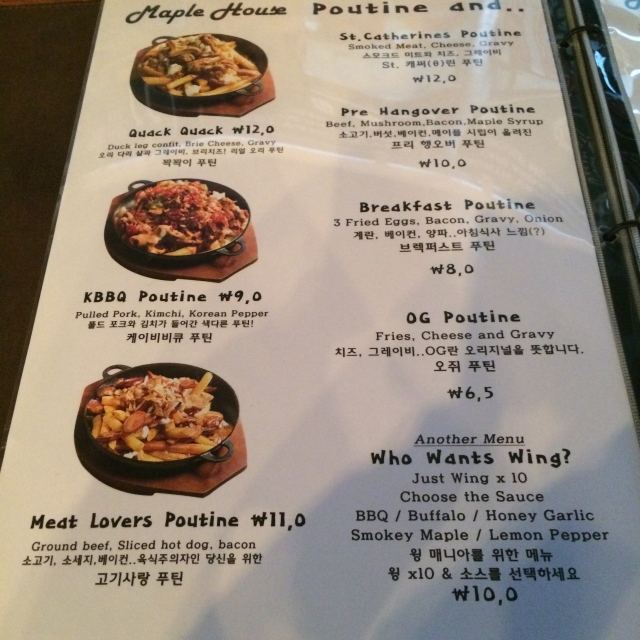 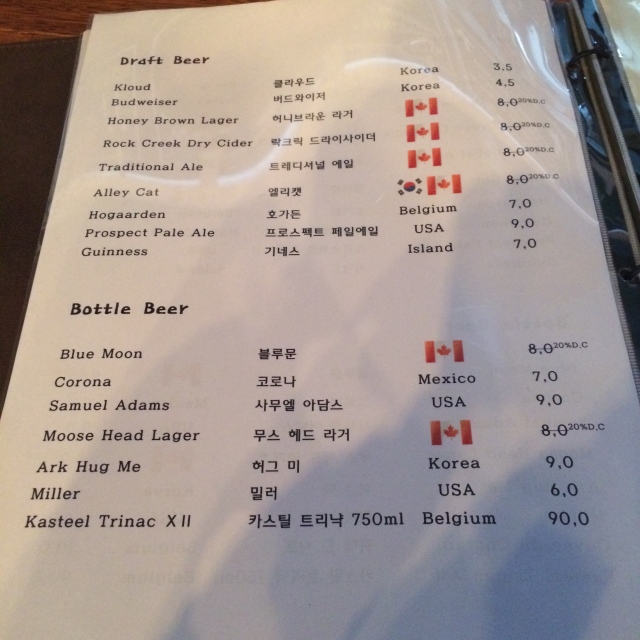 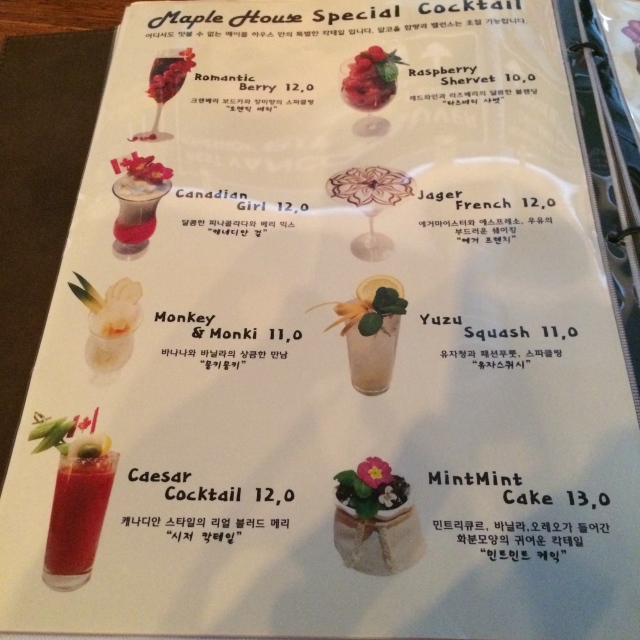 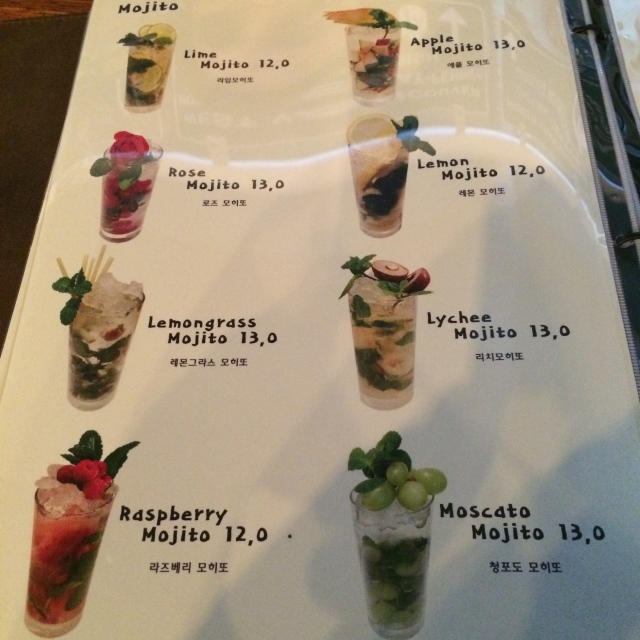 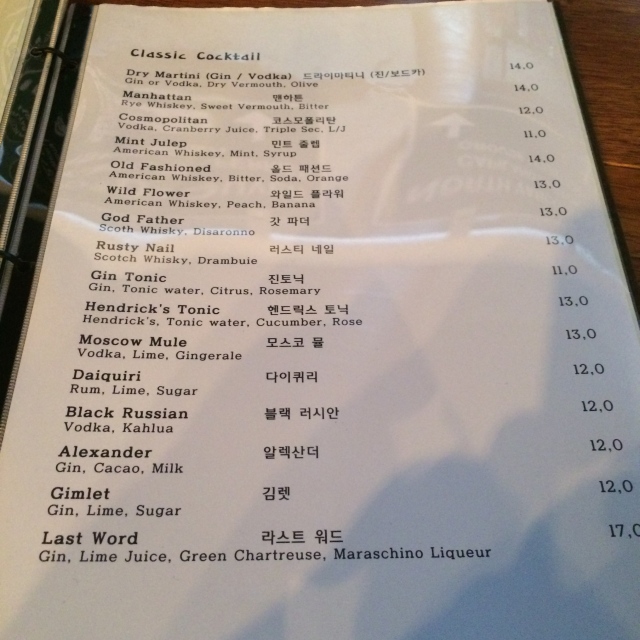 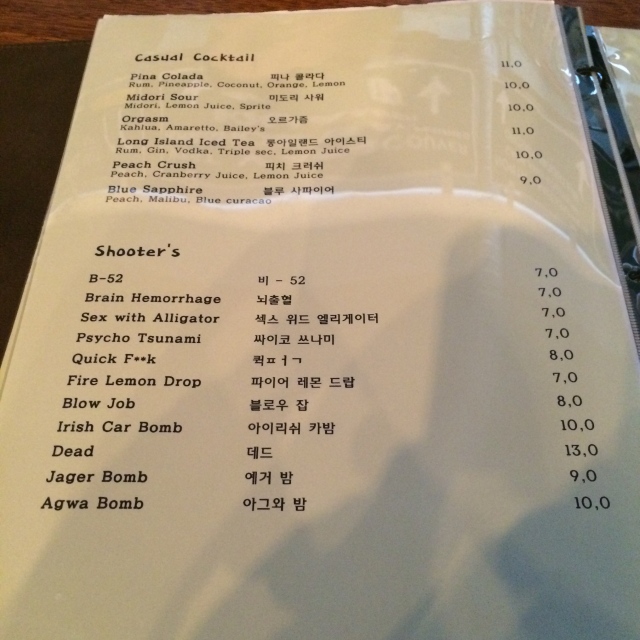 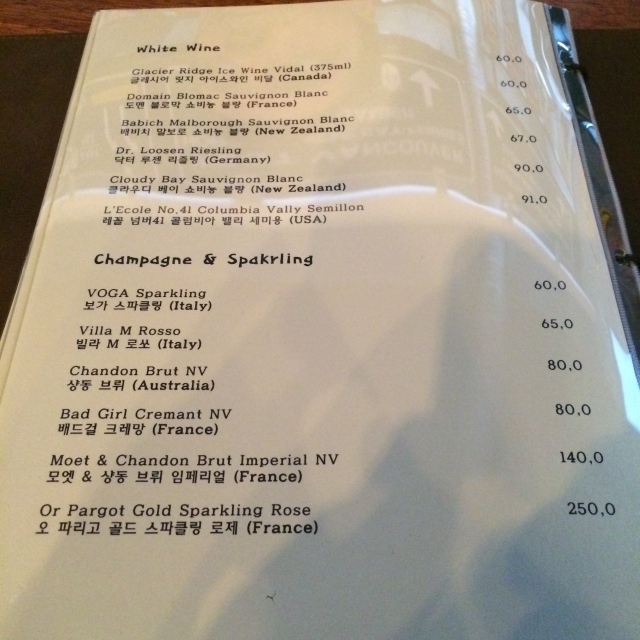 ← The Original Pancake House in Itaewon – Fried Chicken and Waffles?? Oh My…
Mix and Malt in Hyehwa – Cocktails and Comfort Food →