Edit: In March 2016, Joe McPherson was no longer associated with McPherson’s Pub. Please note that this review may not reflect the current menu at McPherson’s.

So on Thursday, I was lucky enough to be invited to a soft opening of McPherson’s Pub in Mokdong, just outside of Omokgyo station. For those who don’t know, McPherson’s Pub is owned by Joe McPherson, founder of the famous Zen Kimchi food blog in Seoul and is a native of Decatur Alabama, so you know, he might know a few things about good BBQ. If Thursday’s soft opening was any indication, he’s got a good thing going for him in west Seoul.

Something to keep in mind: In the restaurant business, a soft opening is like a dress rehearsal, a practice run, an exhibition game if you are into the whole sports scene. So when reading this article, please take into account that some of these items may be tweaked in the upcoming weeks. Also, there is no pricing as final prices have not been set.

How to get there: The easiest way to get to McPherson’s is take the subway to Omokgyo staton (Line 5) and depart from Exit 1. Make a right and walk down the street about 100 meters until you pass a GongCha tea shop on your right. You will make a right and then walk all the way to the end of the street. You will see apartment buildings ahead of you. Once there, make a left and McPherson’s is about 25 meters down the side street on your left.

Atmosphere: Joe said it best so I’m going to use his words, “The atmosphere I want to create that of your grandmother who’s been all around the world and collect various mementos and put them on the wall.” Yeah.. he’s right on the money. From moose horns to kaleidoscope of pictures on the wall, to the acid inducing wall paper, it’s a quirky place just like grandma’s house. But, also like grandma’s house, it feels warm, inviting and homey.

Food and Drink: A nice collection of craft beer from Hand and Malt and a beautiful spread of the finest the south has to offer.

Chip Platter: The chip platter came out first. The platter consisted of three dips (French onion, cheese pimento, and spinach artichoke) with nachos, crackers and Kettle chips for dipping. Personally, I liked the simplicity of the snack which I feel gelled well with the homestyle, comforting atmosphere of the restaurant. Personally, it took me back to my childhood, sitting in my grandma’s living room watching the WWF on the old 24-inch vintage, radioactive king television and eating chips and dip. That’s a feeling that stuck with me throughout the night. HG thought the crackers might not have been needed and personally, I agree with her. I thought the nachos and chips were sufficient for their dips. Simplicity, comfort and casual were all words that stuck out eating the platter.

Fries with Pulled Pork and Cheese: This was my second favourite dish of the night. Damn, it stuck with me. To me, this is the perfect bar food to pick away at while having a couple of beers. It was filling, tasty and didn’t requite a whole lot of attention. The fries were crispy and there was a generous portion of pulled pork, cheese, jalapeño peppers and sour cream on the fries. The pulled pork had a really nice sweet flavour and was well portioned. I think the worst thing you can do with fries or nachos is to over portion one ingredient over the other. I thought they did a great job of balance both in portion and flavour with the heat of the peppers and the sweet of the pulled pork. Oh and they used real cheese. REAL FUCKING CHEESE MAN!! Not that liquid shit. Buy this and drink beer into the AM.

Taste of Alabama: This was our main course, a tour of the culinary wonders of the Yellowhammer State. Hands down the winner of this carousal of culinary cornucopia was the roasted, deep-fried chicken. Crispy and a little sweet on the outside with that nice smokey flavour really set this dish apart from the others. There is nothing, at least that I know, in Seoul or possibly Asia like this. It was a perfect union of smokey, sweet, a little heat and moistness of the chicken. You gotta try this, its like nothing else in Seoul. Now, although the chicken stole the show in my heart, the pulled pork was exceptional as well. It was a generous portion, well smoked with a hint of sweetness. The buns were toasted with butter, because what the hell, why not have some butter on that yeah? My only qualm was that the platter could have used some more buns. There were only two and HG and I basically made a small slider and each tried one of the sauces. There was an ample amount of pulled pork left, I would have liked to make a couple of slider and tried the various sauces out on them. 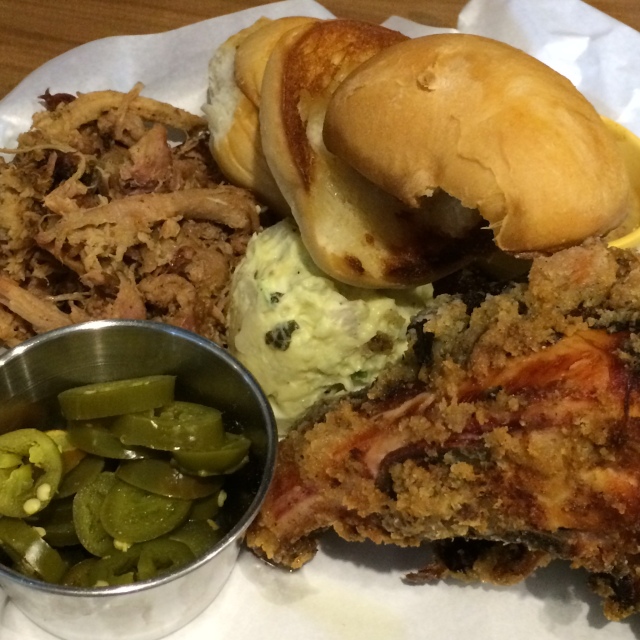 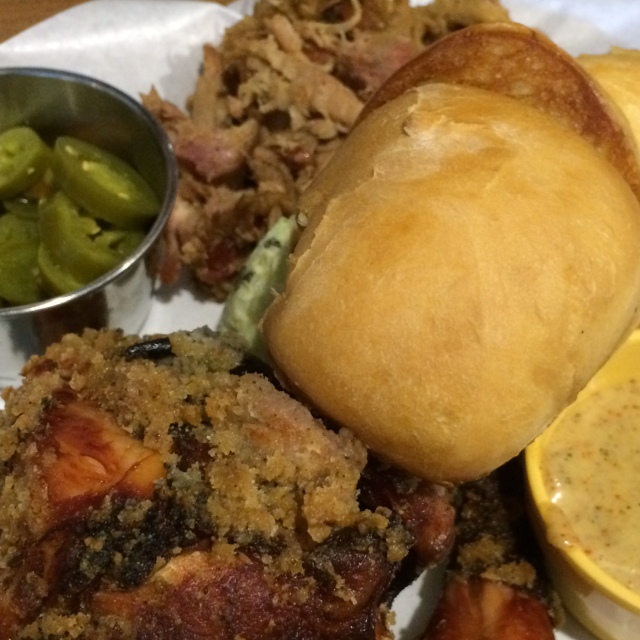 The Sauces: We sampled two types of sauce: Coca Cola and T-Sauce. The T-Sauce both HN and mine’s personal favourite. The T-Sauce (Terminator?? Nah Tuscaloosa big boy) was a tomato based sauce that was a little tangier and combined well with the smokiness of the pulled pork. I found the Coca Cola a little too sweet for me, but this could be due to the fact that I was actually drinking a Coke with it. I’ll give it a try with water or better yet, beer next time. 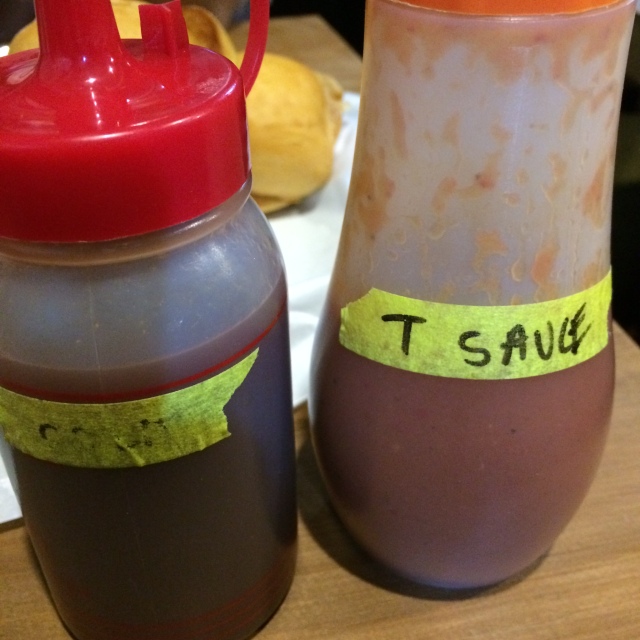 The Sides: Yep… after all that food, there was still a bunch of side dishes to sample. By this time, my arteries were screaming for some Lipitor, and I was starting to get that uncomfortable cold sweat running down my back, whilst my eyes began to glaze over.. Han slapped me in the face and screamed, “WE ARE WARRIORS!”. It brought me back to reality.. but I can’t lie to you.. we didn’t finish all the sides.

The Mac and Cheese was my favourite side dish. It was simple and used real cheese. It wasn’t runny like other Mac and Cheese that I’ve had. On top of that, it was a pretty generous portion as well. The greens and bacon I picked away at because if it has bacon, I have to try it. I only had a couple of mouthfuls because of said pending cardiac arrest, but from what I tasted the greens were fresh and the bacon was plentiful. Finally, the coleslaw. I have to admit, I’m not really much of a coleslaw guy. I really enjoy Linus’ coleslaw and I thought Joe’s was of equal quality. The thing with coleslaw is that I hate it was it is drenched in vinegar. The slaw had just enough tanginess for me and a nice little bite of pepper. Both HN and I really enjoyed it and I think it was the one side we finished. What’s BBQ without baked beans? Again, I apologized, I was literally dying at this stage of the meal. I had a couple of bites and it was solid. A little bit of tangy, a little bit of smoke and just a touch of heat. 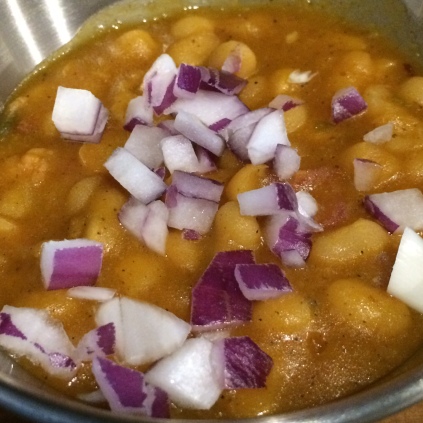 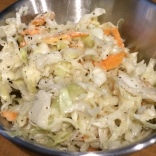 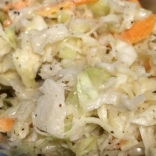 Final Thoughts: It’s a soft opening, so there are no prices so I can’t really talk value just yet. Now with that said, I completely plan to go back in a couple of months to allow them to iron out the kinks and to finalize their menu. I think its going to be a huge hit with Koreans and foreigners in west Seoul and even if you aren’t in the area (like me) I plan to make my way down again and often. I like how McPherson’s, in its infancy, has set themselves apart from the other places in Seoul. I feel like I could go down there and just chill with a beer and a plate of pulled pork fries or I could go down there for a meal. The cozy and comfortable atmosphere makes it a great place to go and chill or stuff your face,  just like you used to do at grandma’s house right?

Who Should Visit McPherson’s Pub: BBQ lovers and craft beer enthusiasts will have a great time dining on various animals, side dishes whilst chugging back their favourite brews. A great place to take a friend for some dinner and a chat.

Who Should Avoid McPherson’s Pub: Vegans will not have refuge here.. even the greens have bacon in them.